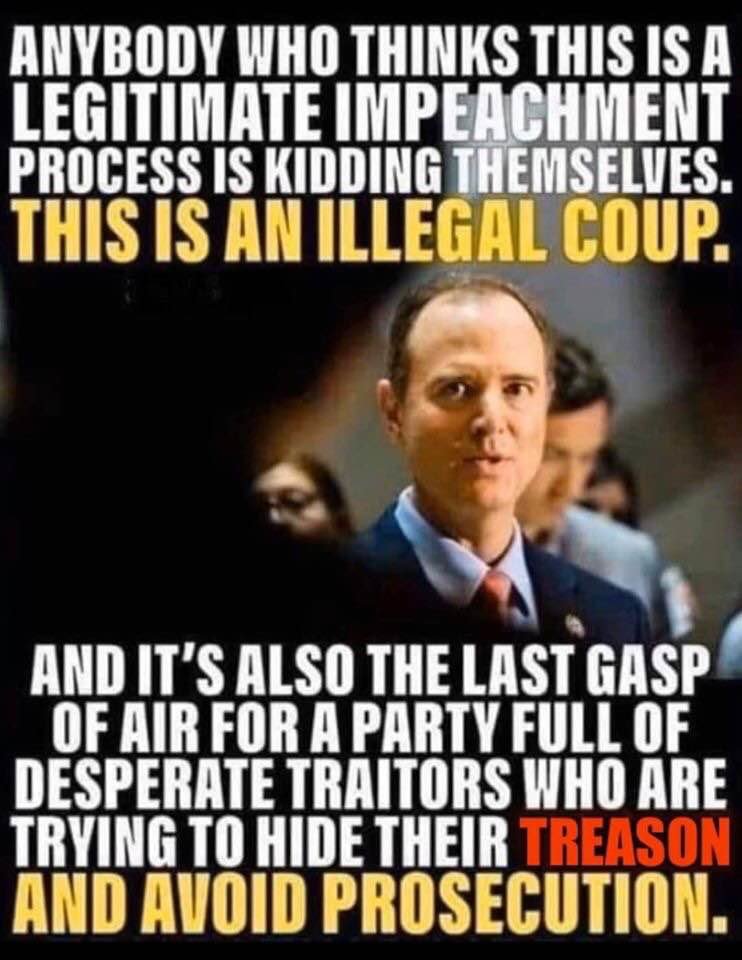 Lt Col Charlie Brown
Posted 9 mo ago
So very true. On Lou Dobbs the guest said that minority support for Trump has gone from 8 percent to 35 percent. The death knell for the Dems
(10)
Comment
(0)

SSgt Christopher Brose
9 mo
I don't know if I trust that poll (those polls), but if the real number is anywhere near or above 20%, President Trump is in good shape for reelection.
(2)
Reply
(0)

1SG (Join to see)
Posted 9 mo ago
I am pretty sorrowful for my country today.
That display was an embarrassment.
There will be lasting damage from this.
(7)
Comment
(0)
show previous comments

You think that you are telling a lawyer something new, but you're not. Don't let your internet law decree confuse you into believing that you actually understand this, because you don't.
(0)
Reply
(0)

SN Greg Wright
9 mo
Capt Gregory Prickett - Yeah well my internet degree doesn't seem to be any worse than your actual one, since you're allowing your personal bias to classify hearsay as fact.
(0)
Reply
(0)

Capt Gregory Prickett
9 mo
SN Greg Wright - actually, your internet degree is considerably worse, because the testimony in front of the Intel Committee was for the most part not hearsay, and second, there is no prohibition against hearsay in the investigation phase of a case, only for the trial portion. You should probably study this more. For example, if the defendant is the reason that a witness is unavailable or refuses to testify, then hearsay evidence is admissible during the trial. See Reynolds v. United States, 98 U.S. 145, 158-59 (1878). So if Trump ordered people not to testify and they stayed away from the investigation, hearsay is admissible.

But in any event, most of the testimony wasn't hearsay anyway, but was testimony based on their direct knowledge of the events, and were factual. If you don't believe me, ask Patricia Overmeyer, a lawyer from Arizona, or any of the other attorneys here on RP.
(0)
Reply
(0)

SGT Steve McFarland
Posted 9 mo ago
The Democrats are writing their own obituary...