When you sleep in a Bay with fifty other guys for a year, you get to know their little quirks.If they were a drinker, a teetotaler, smoker, or liked to get high. What food they like, and how it must be prepared. We had one guy who drank his coffee, but only if it was made in this order: Coffee, add sugar, stir. Add cream. Stir. He would not drink black coffee. Nor would he drink coffee without sugar. And he swore to all of us that he could tell if you put the cream in BEFORE the sugar.

Or Bennie the Beanie. Yep, that is what we called him. Bennie was the only guy I ever knew who wore Beanies...in the summer! He had dozens of the darn things. Everyone else wore ball caps, or visers (no kidding, they were in style for a while), lots of guys wore their bush hats, or boonie caps...not Bennie...Beanies only.

Louis Light. Yep. Old Louis was a heck of a character. He could do high level math in his head, without a slide rule (wait, did I just give away my age?) He had this uncanny skill of being able to judge distances by eyeball. If you asked him how far away something was, he would look up, think for a second, and say:
"Hey Sarge, that is a klick and half." And darned if it wouldn't be. When he put out aiming stakes at 100 yards...they were 100 yards out. If you needed a pace man for a Field Exercise or Orienteering Course...you chose Louis.

And not just distances. Louis Light could walk in a room and tell you the square footage. And he often was only off by a few feet, most times he was spot on. He could also tell you the length, weight, and range of any shell the Army used.

We went to Paris for ten days. Ten Days! When we all came back on the train, they called an Upper Level Alert to go to Area X. We threw all our gear in the tracks and headed out. We didn't even have time to change into Uniforms.

Once we got out there, changed into fatigues, and got the "Stand-Down" Order, we unloaded our suitcases. Yep, we took suitcases to the field, because they picked us up at the train station and whipped us out to the APC's.

Louis opens his suitcase. Inside were dozens of little Eiffel Towers- all made out of brass. Then there were about fifty of those brightly colored scarf like things with pictures of all the main sites in Paris: Notre Dame, Eiffel Tower, the Louvre, the Seine River, the Lion Bridge. Postcards, bunches and bunches of Postcards...along with French stamps to put on them!

Louis looks up and says: "Who the hell put all this crap in my suitcase?!"

He did make a tidy profit selling all of those items to those of us who didn't pick up trinkets to send home. I wonder how many girlfriends or Mom's got one of those pretty scarves, not knowing that their son never went to Paris, but bought it from Louis Light in the middle of a Field on the Czech Border?

Then there was Tex. None of us knew that Texas has a State High School Rodeo Championship. Until we saw Tex wearing his giant belt buckle that I swear could catch signals from Outer Space. He won for Bull riding. He also was a National Champion in his age group for Archery. He was the first guy I ever met how didn't smoke tobacco, but put a "plug" or "chew" in his mouth from a pouch, or that little round can of Skol.

"Just a dip between tongue and lip."

Tex left all of us careful to check any open container of soda, beer, water, or an unguarded canteen cup, to make sure that tarry brown/black goo wasn't splattered in, around, or near where he was "spitting."

He had the strongest hands of any man I ever met, except for a Stone Mason I met in Europe. Tex didn't fight with his fists, he slapped you. Once. One slap and you would watch the other guy spin like a top, hit the ground disoriented, and usually, that...was that.

Angel Hernandez. He was from Puerto Rico and his parents ran a huge chicken ranch up in the mountains. That man knew more about birds and chickens than most people in the Audubon Society did. He would fill us all in with stories about aggressive Roosters, gentle chickens, and how, if they pissed him off...well, chicken pot pie was on the menu.

He wore a Rosary around his neck, and a scapula. Never missed a "mass" or any Service the Chaplain would hold. We often teased him about becoming a Priest. And he would make us all laugh when he would reply:

"God made women so I would go to confession. "

As he would often say: "God only tests your weaknesses, he already knows your strengths. My weakness is women."

So many characters: Boxer (because he won the Golden Gloves when he was seventeen- and he could push his nose around his face because all the cartilege was broken).

Smiles. Yep. Smiles. He was one of those folks who always looked like they were smiling. Something to do with how his teeth and jaw lined up. But even when he was sad, mad, or upset, he looked like he was smiling. So smiles stuck with him.

My nickname? Rasputin the mad monk. Yep. Why? I didn't smoke, drink, do drugs, and I was a virgin. Yet, I got into more trouble than anyone in the Platoon, mostly by lipping off above my rank.

We had "Short Round", Pops, Willy Pete (because he was always loud and obnoxious when he was drunk) Silky Sims...who had the smoothest "Rap" of anyone in the Battalion and could talk his way out of, or into anything.

Last, but not least: Crease. Crease was the only soldier I ever met who could pass a Parade Ground Inspection, after ten days in the Field. Never, not once, was he ever caught with a small error in his Uniform gig line. I don't know where he got his fatigues washed and starched, but he had to push a yard stick through the arms and legs, just to get into them.

He was the only guy in our Battalion who could spit shine shoes better than me. And oftentimes, my spitshine was mistaken for Patent Leather - and some Sergeant or Lieutenant would scuff up my boots, or dress shoes with their boots- and act surprised when they messed up the shine. Crease could rival my best work. And I never could match his Uniforms, the man just didn't wrinkle.

One day, when I got promoted to Sergeant and got to leave the Bay and share a room with just another Sergeant. I got bunked with Crease. When he opened his Wall Locker (we each had two, one for Civilian Clothes, one for Military Uniforms and TA-50) He had at least a dozen starched fatigues hanging in there, pluss three Dress Green Uniforms, six pairs of Jump boots, and three pairs of Class "A" shoes. All immaculate.

When he opened his Civilian Locker...same thing. Exactly one quarter inch between each hangar. Every suit, pair of pants, or shirt, perfectly pressed and Ironed. The man even ironed his money!

I asked him once why he ironed his money. He told me that when you opened your wallet, the woman you are with will take a peek. If she sees that you take care of your money, it is all neat and orderly, she will assume you can take care of her. I never asked any of the girls he dated if that was true. LOL

Now that I am older and wiser, I am fairly certain that Crease had OCD, or something similar. By the way, his track was as immaculate as his lockers. When we got back from the Field we would clean our tracks as fast as possible. Just enough to pass a cursory inspection. Not Crease's Track. His looked like it just came off the Assembly line.

Characters. I bet you had a few in your Squad, Platoon, or Company too. 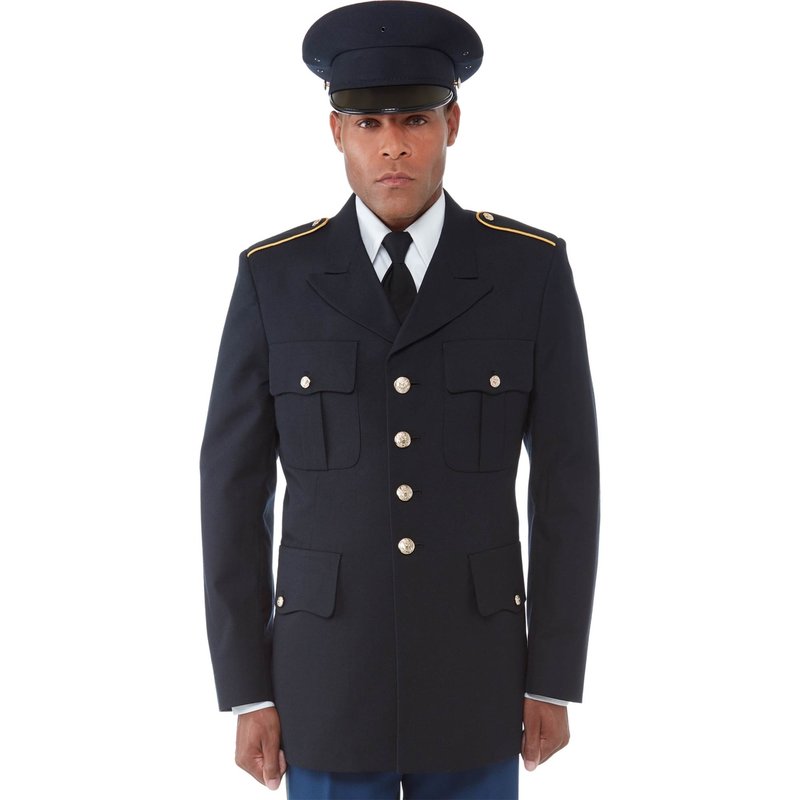 SFC (Join to see)
9 mo
SGT Kevin Hughes - Thanks. I get to change out this photo tomorrow as I am getting my DA Photo updated tomorrow.
(3)
Reply
(0)

SGT Kevin Hughes
9 mo
SFC (Join to see) - Make sure you shave! LOL My Kathy hates her driver's license photo, and both my daughters hate theirs too. I just cleaned up as best I could, and was satisfied if I was recognizable. LOL
(3)
Reply
(0)

SGT Kevin Hughes
9 mo
Thanks Colonel, I might have to write a second post on some of the more bizarre characters that I didn't mention.
(4)
Reply
(0)