Lt Col Charlie Brown
562
33
4
17
17
0
And the F-35 problems continue
WASHINGTON: Following the latest review by the Government Accountability Office, DoD is expected to again push back the schedule for the sprawling F-35 modernization effort.

The new report is yet another slap for the Joint Strike Fighter, which is already in DoD’s budget-cutting cross-hairs due to the plane’s exorbitant maintenance costs. Key members of Congress, including the Democratic Chair of the House Armed Services Committee Adam Smith, are also looking askance at the program, which is expected to cost nearly $2 trillion over its lifetime.

The GAO report found that the current 2027 goal for finalizing the Block 4 modernization is “not achievable.” GAO said that costs of the effort had ballooned by $1.9 billion between 2019 and 2020, bringing the overall cost to about $14.4 billion. Software development has been the primary driver of the problems, the report said — including the fact that about a quarter of the software being delivered by prime contractor Lockheed Martin was found to have defects after it had already been integrated into the aircraft.

“We appreciate and concur with the recommendations from the GAO,” OSD spokesperson Jessica Maxwell said in an email. “In conjunction with the Joint Program Office, the Under Secretary of Defense for Acquisition and Sustainment will work to update the F-35 Block 4 program schedule as well as improve software development and performance metrics to better support program decisions.”

“Lockheed Martin initiated a program-wide software assessment, and in partnership with the F-35 Joint Program Office (JPO), created a software Independent Review Team (IRT) in the fall of 2020 to review F-35 software capabilities,” a company spokesperson said in an email. “This team, comprised of representatives from the JPO, Lockheed Martin, U.S. Government and industry, has made significant progress in identifying and addressing opportunities that provide quality products on time and on budget for the F-35 customer.”

The most insidious potential result of the GAO’s findings, sources say, is that continued issues in software delivery could delay integration of key subsystems, such as radar enhancements, to keep pace with the growing threats from adversaries. (The current 2027 deadline for Block 4 completion already represents a three-year delay from the 2024 deadline DoD set in its 2018 baseline for the effort.)

“The biggest potential challenge is that these modernization elements don’t reach the warfighter as quickly as they’d hoped,” one expert said. “It’s a delay in getting these modernization capabilities into the field, and part of the reason that they’re doing the modernization is that the world has changed since 2001 when the program began, and the threat environment is different, both in terms of radar systems and and adversary potential adversary equipment.”

Another potential fallout is the specter of retrofit costs, the expert said. “To the extent that you have continued to produce aircraft without building in the new hardware, that concurrency ends up sort of building a retrofit cost that is going to have to be incurred later.” And it is the Air Force, the Navy and the Marines that are going to end up eating most of those costs, the expert added.

“There are new sensors coming out for the jet that only align with the more modern software,” another analyst following the program closely said. “If the older software is still coming off the line, and yet you’re delivering these new sensors — it doesn’t fit. So that’s where it’s really important to realign everything and ensure it balances.”

What DoD cannot allow, the source added is future “mess” where F-35s are coming off the line that don’t match the requirements of US services and allies.

The GAO report called attention to the fact that “Lockheed has just flat out struggled to get software done as quickly as they imagined being able to do it,” the expert said. “What they’ve found is that the delays in the development of the software increments has delayed the ability to test them. … and in some cases the defects were showing up in the actual test fleet and causing problems.”
The next steps for DoD and the Air Force — which is responsible for the biggest F-35 buy at 1,763 aircraft — are to take a hard look at what actually can be done, by when, at what cost and with what tradeoffs in capability and come up with a plan, outside experts agree.

“I think [DoD and the services] need to snap a chalk line, get healthy on some of this, and prioritize the investment,” the analyst said.

As seemingly does DoD, in that the Pentagon has concurred with all of the GAO’s recommendations to do exactly that. In a response to the GAO report, contained in Appendix V signed March 1 by Dyke Weatherington, who is performing the duties of the DoD assistant secretary for acquisition, DoD says it intends to have a new Block 4 Capability & Development Delivery Schedule out by the second quarter of this calendar year. DoD also says the Joint Program Office is integrating new agile development and software performance metrics into both current contracts and an “in-work Systems Engineering and Test contract.” 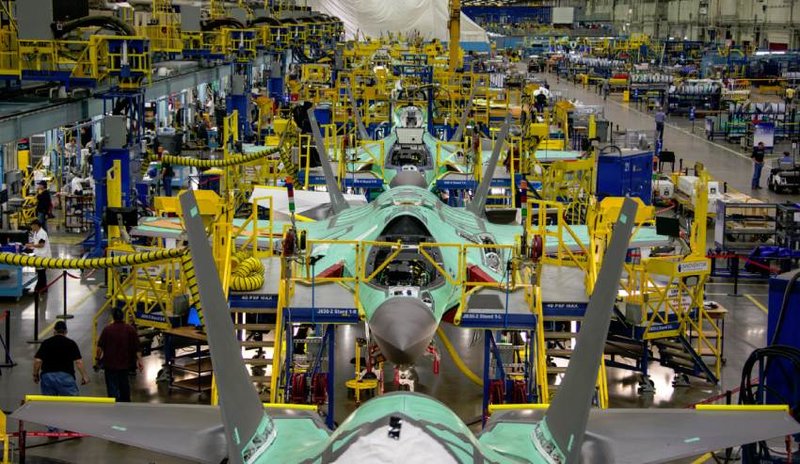 SSG Paul Headlee
Posted 4 mo ago
Two trillion dollars for maintenance over it's lifetime? Covid relief bailout! The F-35 modernization would have been a better value.
(7)
Comment
(0)

LTC John Griscom
Posted 4 mo ago
Wow!! Someone is making money and it ain't the taxpayer.
(5)
Comment
(0)