PO1 William "Chip" Nagel
330
13
5
4
4
0
Of all the disruptions unleashed by the Trump White House on how the federal government typically works, the saga of one small project, called the Open Technology Fund, stands out.

And specifically, it involves a fierce, months-long battle over whether the U.S. Agency for Global Media and the U.S. State Department should subsidize software developed by adherents of Falun Gong that auditors found wanting. The decision to prioritize this software stripped money intended for critical apps from a federal fund designed to bolster technology vital to dissidents overseas, officials say.

On top of that, once the software was approved for funding, a grand total of four people abroad used it to access Voice of America and Radio Free Asia, a key purpose for its subsidy. That's right, four.

The whole fight was, in short, bananas. 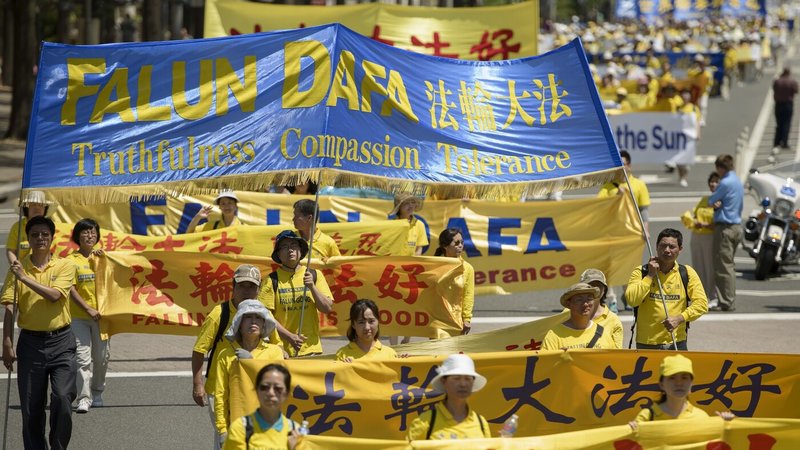 Posted from npr.org
Posted in these groups: U.S. Department of State

SFC Randy Hellenbrand
Posted 2 mo ago
Typical Trumpski. How many millions did it cost America???
(3)
Comment
(0)

A1C (Join to see)
Posted 2 mo ago
EPOCH TIMES is making sure the waters are muddy, sometimes their stuff is well written but its STILL propaganda from the Falun Gong death cult. Basically the Jehovahs witnesses of Asia.
(3)
Comment
(0)

A1C (Join to see)
2 mo
SFC Randy Hellenbrand - We have several cults here in Oregon, I dont care for them very much, in fact dislilke them a lot. So I follow news about them and find it fascinating some of their beliefs. We had the Rajneesh and biggest domestic terrorism (Tried to poison people, they DID kill some of their own members as well) Followers of Christ, a weird pedo group that kills their children (I served on a jury on a trial for some of their members) and no longer related thank the lord, But a very weird, extremist offshoot of the Jehovahs witnesses we had some relatives in. Most in my wifes family refuse to even discuss those weirdos, But another relative helped get 2 of them arrested as pedophiles. Even the mainstream JW's consider that group an aberration. Very strange people.
Falun Gong would be just fine if all the did was pray and meditate, but that whole topic is just layers and layers of weirdness. Strangely, If you call them out you get labeled as supported of the Chinese Communists. No,, you are just a freaky cult.
(1)
Reply
(0)
Read This Next
RallyPoint Home