Maj William W. 'Bill' Price
1.46K
128
19
29
29
0
Good morning, Rallypoint. Today's Astronomy Picture of the Day (APOD) is titled "A Double Star Cluster in Perseus." The Double Cluster (also known as Caldwell 14) consists of open star clusters NGC 869 and NGC 884. William Herschel was the first to recognize the object as two separate clusters. Both are visible with the naked eye and lie approximately 7,500 light years from Earth in the constellation Perseus.

An open cluster is a group of up to a few thousand stars that were formed from the same giant molecular cloud and have roughly the same age. Open clusters are key objects in the study of stellar evolution. Because the cluster members are of similar age and chemical composition, their properties (such as distance, age, metallicity, extinction, and velocity) are more easily determined than they are for isolated stars. Both NGC 869 and 884 are blue-shifted (versus red-shifted), meaning they are moving towards Earth instead of away. 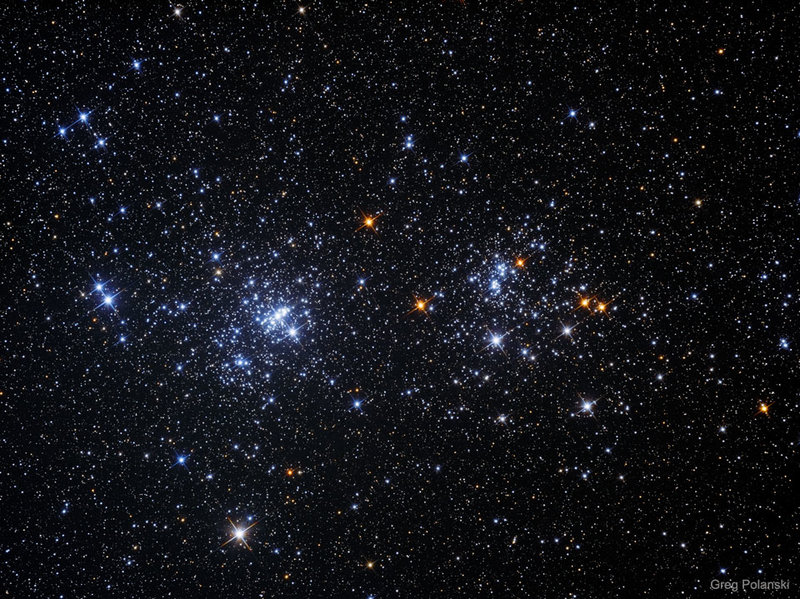