CPT Jack Durish
Posted 2 mo ago
They prove everyday that the pen (words) is mightier than the sword. They have injured America far worse than any attack with guns and bombs
(18)
Comment
(0) 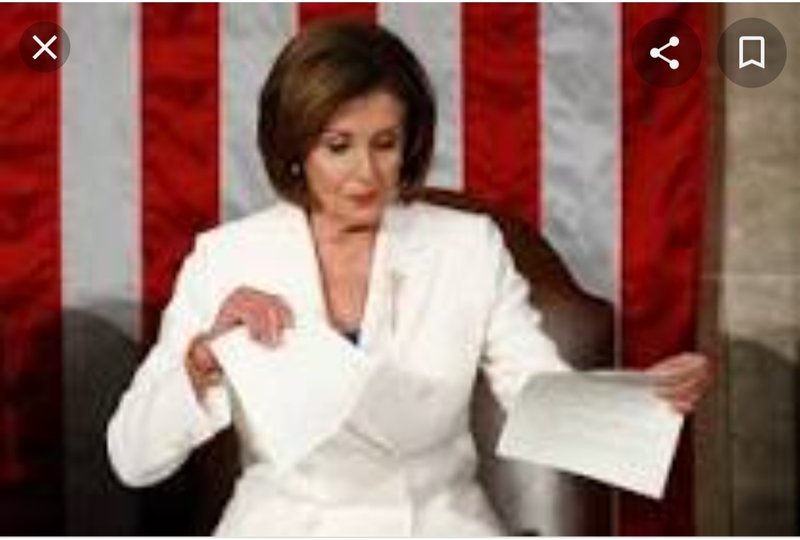 This is Nancy Pelosis idea of unity, and my idea of unity. They drew the line a long time ago. The only line in the sand that Barack Obama ever adhered to .
(13)
Comment
(0)

Lt Col John (Jack) Christensen
Posted 2 mo ago
Well, I heard it with my own ears and that's not what she said. She talked about using drones to attack terrorists, not Americans. The problem we have is that there is currently no legal definition or recognition of what is a domestic terrorist. Frankly if there were, drones could have been used against those who attacked the Capital in January. If an American commits actions that make them terrorists they should be treated as such. We just don't really have laws to support it.......yet.
(8)
Comment
(0)

SFC Ralph E Kelley
2 mo
I noticed they didn't want to use drones on the rioters on Lake Ave in Minneapolis nor the peaceful protest burners in Kenosha either.
(4)
Reply
(0)

Cpl (Join to see)
2 mo
Context, you didn't listen to the entire video, she said, "someone who incited an insurrection." Nice spin though!
(6)
Reply
(0)

Cpl (Join to see)
2 mo
SFC Ralph E Kelley No I haven't either, but the context of that video is the "alleged" incitement of the crowd by Trump on Jan 6th.

The incursion actually began 20 minutes before the conclusion of the speech, the NG support was planned days before the certification vote, they have found zero evidence to conclude murder of the officer who was killed, several of the arrested were leftists who were inciting violence once inside, the capital police actually allowed protestors into the building, aoc was not in the capital building and epstein didn't kill himself.

The pattern of abuses by leftist government and never-Trumpers as well as hasty and biased narrative reporting has further galvanized we the tribal people.
(2)
Reply
(0)
Show More Comments
Read This Next
RallyPoint Home