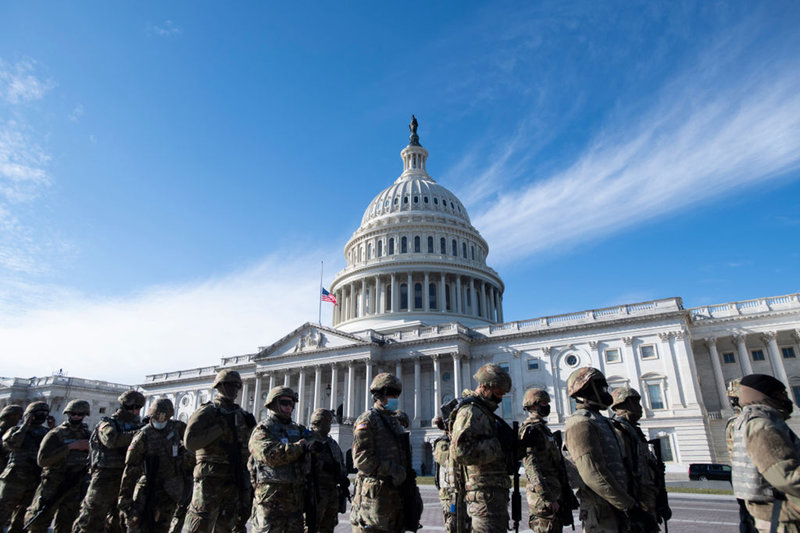 SFC Ralph E Kelley
Posted 1 mo ago
This sounds like a bad idea all the way around. Troops occupying the US Capitol.
Not seen since Civil war - Right?
(4)
Comment
(0)
show previous comments

SSgt Keith Barrows
1 mo
We are at 26,000 National Guard and I have no idea how many regular Military are there. A factor of 5+ increase in National Guard. The expected (authorized) crowd is to be limited to 1,000 and not the YUGE (300-500 thousand by estimate) crowds that were there 4 years ago (or the 1+ million that were there 12 years ago). We went from 1 military for every 60 spectators to 26 military for each spectator. You tell me the optics of the situation. I would assume the local law enforcement to be about the same, +/- 5%.

Article I of the United States Constitution immediately concerns itself with the establishment of the legislative branch and the creation of the House and Senate. In Section 8 of Article I, the powers of Congress receive some fleshing out (like the laying and collection of taxes, war declaration powers, post office creation, etc.). Clause 17 of that section also gives Congress the ability to create a federal district for the nation’s capital with the phrase “To exercise exclusive Legislation in all Cases whatsoever, over such District (not exceeding ten Miles square) as may, by Cession of particular States, and the Acceptance of Congress, become ***the Seat of Government of the United States.***” [emphasis mine]

The 10 miles square of DC is "The Capitol". There is a Capitol Building, a Senate, A Supreme Court, dozens of admin buildings, the surrounding businesses *ALL* on Capitol grounds. (Did I use enough capital letters?)

Are you familiar with the J20 group? In an interview:
Regarding intent, Carrefour stated to Nelson,
We are planning to shut down the inauguration, that's the short of it ... We're pretty literal about that, we are trying to create citywide paralysis on a level that I don't think has been seen in D.C. before. We're trying to shut down pretty much every ingress into the city as well as every checkpoint around the actual inauguration parade route

This was IN our National Capitol. With the STATED intent to "shut down the inauguration". But, knowing you, you will now claim that the riot last week had the intent to kill Senators and disrupt (as in shut down) the final Electoral College confirmation. You have it in your bones that conservatives - and conservatives only - aim to take over the government through illegal means.

Although prosecutors for the U.S. Justice Department had alleged in a court filing that the rioters who stormed the Capitol building were planning to "capture and assassinate elected officials,"they have now formally walked back that claim. 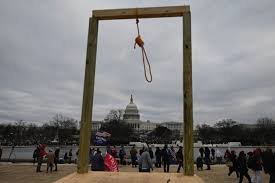 SSgt Keith Barrows - You are pretty flippant for a person supporting traitors and insurrectionists. They didn't erect a gallows outside the Capitol to sign papers. They didn't take flex-cuffs to hold open doors.
(1)
Reply
(0)

SPC Stiv ChenRobbins
1 mo
Frankly, the "insurrection" was less violent than most soccer riots, had less destruction than 20 minutes of the recent nonsense in Minneapolis and was mostly people who wanted (as President Trump said in his speech that was going on as the main bad actors started breaking in/ being let in by the police) to peacefully and patriotically show that they wanted the election to be properly vetted and not pushed through without looking into what millions of people believe are credible allegations of (to put it mildly) irregularities in the election.
(1)
Reply
(0)

SFC Melvin Brandenburg
1 mo
What we saw in DC a few weeks ago was a riot by a mob. Not an insurrection. The only difference was instead of small businesses and local authorities being the focus of anger, it was the politicians who supported the looting and burning from the BLM trash. The way I see it, either the chickens came home to roost or the shoe was on the other foot. In principle, our representatives should remember that they work for us, they are not our rulers, they are not our governors, they derive their power from the little bit of power each and every member of their constituency lends them. Lends them. That means it can be taken back. If anyone thinks this anger was unamerican, they should go back and read the writings of our founding fathers.
(2)
Reply
(0)

CW4 (Join to see)
Posted 1 mo ago
The only unusual part is the added National Guard for security. Otherwise, pretty normal.

Some 15,000 uniformed servicemembers will serve prominent roles in a series of inaugural events next month when Donald Trump is sworn in as the 45th American president.

A1C Michael Allen
Posted 1 mo ago
Sure doesn't sound like "government of the people, by the people, for the people".
(3)
Comment
(0)
Show More Comments
Read This Next
RallyPoint Home