It's about time the VA acknowledged the contamination these veterans were exposed to at Fort McClellan.

Now it will be a waiting game to see is they begin to award compensation for those made ill by their exposures.

The Veterans Administration will begin sharing information about possible toxic exposure for soldiers stationed at Fort McClellan, Ala., a spokesman said. 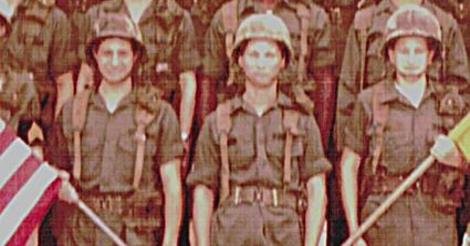 GySgt Wayne A. Ekblad
Edited >1 y ago
Posted >1 y ago
Sounds a lot like what happened at Camp Lejeune. Officials denied there was any problem for years ...

They say it is way worse then Camp Lejeune in some of the articles. But it makes no difference toxins are toxins and they should make cures for those toxins as soon as they are made. Crazy that so many of our own people are dying every day at whos hands, and look up chemtrails they are not helping us either.

Ft. McClellan Alabama no longer exists as an Army base, at least not officially. In 1999, the Environmental Protection Agency shut down the base, labeling it a hazardous site. The area is so toxic that it is illegal to sink a well in the surrounding communities. Even though the base no longer houses military personnel,... Read more &raquo;

SSG (Join to see)
Edited >1 y ago
Posted >1 y ago
How long as the VA known about this and what else are they keeping a secret? I don't trust the VA. The suck at doing their job of taking care of vets yet they receive bonuses.
(9)
Comment
(0)

SFC Boots Attaway
>1 y
SSG (Join to see) , just like agent orange, Gulf War Syndrome and PTSD. They knew about all of it and just denied it all.
(3)
Reply
(0)

PV2 Violet Case
>1 y
yes Boots but they wouldn't let me claim on disability even for the agent orange even though it had already been passed and prooven to be a Fort McClellan.
And they have been claiming to contact us for years and did not do it. It has been discoverd by news and from veteran to veteran and that is sad that the government does not have enough courage to stand up and do what they said. Just like they dont take care of any of us and all of us.
(2)
Reply
(0)

SSG (Join to see)
Posted >1 y ago
This is where I been following this on facebook; https://www.facebook.com/pages/Fort-McClellan-PCB-Medical-Veterans/ [login to see] 24963?fref=nf

I've checking everything on the site above about for accuracy, some of these 'other sites' claiming this or that are not putting the right info out...
(6)
Comment
(0)
Show More Comments
Read This Next
RallyPoint Home