Esports: Why are there so few women pros?

PO1 William "Chip" Nagel
118
6
2
5
5
0
The number of female gamers is growing rapidly with nearly half the world’s gamers now women and girls. But whilst there are plenty of successful female gaming influencers and personalities – few are making it in esports – the competitive side of video games.

Research shared exclusively with the BBC has for the first time laid bare the lack of female success in esports and found that there are no female players in the top 300 earners and only a tiny fraction of the millions being won in competitions around the world is going to women. Our Cyber Reporter Joe Tidy speaks to female esports players to find out why there are so few women at the sharp end of gaming. 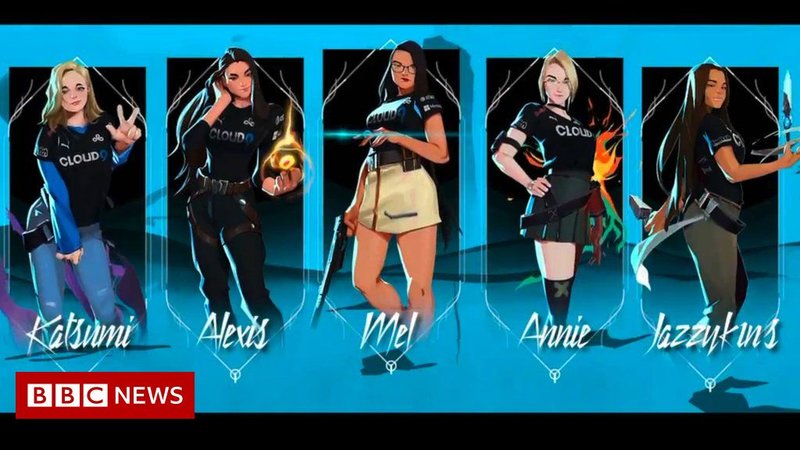 Esports: Why are there so few women pros?

SGT (Join to see)
Posted 1 mo ago
PO1 William "Chip" Nagel
"Dematerialized, young, one could think that video games favour parity between men and women. However, if nearly one amateur player out of two is a woman, they are rare in the classified tournaments. Article 5/6 of the esport series.

If esport competitions are historically mixed, 100% women championships have been created in the 2010s. The aim is to promote female players, who are rarely present on the podium. Servane Fischer, esport manager at Women in Games France, reckons however that this good intention can maintain a differentiation between women and men. Because when you think about it, esport is essentially about personalities, rather than physical characteristics of the players.

But stereotypes are hard to break. Women would not play well enough, or have the nerves, to evolve in competition. Intensive training, combined with the constraints of everyday life, can maintain a form of self-censorship or discourage some candidates from going professional, according to Servane Fischer. Indeed, today only 6% of the people playing in ranked games are women."...
(1)
Comment
(0)

PO2 David Harlow
Posted 1 mo ago
Whenever I've watched streams and videos of gamer-girls chatting about this topic, the majority of them bring up that, until the rest of their team or squad had heard her voice on Discord or voice-chat app of choice, they had no idea they were playing with a girl. When that happened, it seemed the team dynamic completely changed, with some of the players starting to hit on her, and others teasing or outright harassing her. It actually helps when the person's gamertag or character name are feminine, the gender is pretty much revealed just by looking at the name. Whether or not the boys will behave at this point is up to them.
(0)
Comment
(0)
Read This Next
RallyPoint Home