A suspected Islamist terrorist was shot dead by police yesterday on the outskirts of Paris after he decapitated a teacher and then posted a video on social media showing his victim’s severed head and denouncing President Emmanuel Macron as the “leader of the infidels”.

The killing, near a middle school in Conflans-Sainte-Honorine, a quiet town 20 miles northwest of Paris, was apparently triggered by a civics lesson on freedom of expression that the teacher, named as Samuel Paty, 47, held on October 5.

During the lesson Paty, who taught history and geography, showed caricatures of the Prophet Muhammad published in Charlie Hebdo, the satirical magazine, police said. Muslim parents of pupils complained at the time to the school, which launched an investigation.

Witnesses said the attacker, described by French media as an 18-year-old Chechen, shouted “Allahu akbar” as he stabbed and decapitated Paty. He is thought to have then posted a video in which he showed his victim and denounced Macron.

Police, who were called after reports of a man loitering near the school at about 5pm, chased the attacker, who was carrying a large blade and an “airsoft” gun that fires plastic pellets. They opened fire in the neighbouring town of Éragny when he threatened them. He died an hour later of his injuries.

The attacker’s parents, grandfather and 17-year-old brother were detained after the attack, police sources said. A further five people were taken in overnight, among them two parents of children at the school, the Collège du Bois d’Aulne.

No further details have yet to emerge about the attacker, except that he is thought to have been born in Moscow. He was known to police in connection with minor offences but was not on any terrorist watch list.

Macron hurried to the scene after yesterday’s attack. “A citizen has been murdered today because he was a teacher and because he taught freedom of expression,” the president said. “The whole country stands behind its teachers. Terrorists will not divide France.” In parliament, MPs stood in homage to the victim.

The killing followed the wounding of a man and a woman last month by a Pakistani migrant in the name of radical Islam outside the former offices of Charlie Hebdo in central Paris. The 25-year-old attacker, who has become a hero in his Pakistani village, is in prison awaiting trial.

Fourteen alleged accomplices of terrorists who massacred the staff of Charlie Hebdo in January 2015 are on trial in Paris. Said and Cherif Kouachi, the brothers who killed 12 people in the attack, were shot dead by police three days later.

The latest incident appeared to be another “lone wolf” act of the kind that followed the French atrocities of 2015 and 2016, in which a total of 250 people died. While Islamic State and al-Qaeda operations have been largely neutralised with military defeat in Syria and Iraq, their followers are actively attempting attacks on French soil, the government says.

Half a dozen attacks have been thwarted so far this year by the police and the internal security service, the DGSI. “The level of terrorist threat remains very important,” Jean-François Ricard, the chief anti-terrorist prosecutor, said on the eve of the Charlie Hebdo trial. The threat came mainly from home-born radicals inspired by the Isis cause and French fighters who have managed to return from the war zone undetected, he added.

Yesterday’s killing took place only a few miles from the spot where, two weeks ago, Macron launched a broad offensive against the radical Islamist creed that he said was making ever greater inroads into French society, creating a “separatist” Muslim population that wants to break from mainstream France.

Police are trying to keep track of 8,000 people listed as potential jihadist threats. Speaking in August Gérald Darmanin, the interior minister who cut short a trip to Morocco to return to Paris yesterday, said he had added 1,200 new officers to the DGSI.

Conservative and right-wing politicians voiced outrage over the latest atrocity. “This shows the level of barbarity that our country is facing,” Marine Le Pen, leader of the anti-immigrant National Rally, said. “The country must fight this evil with all its might.” 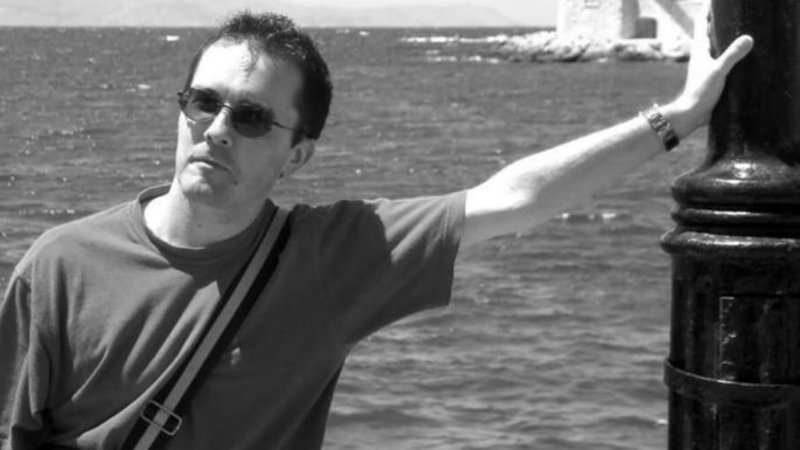 CW5 Jack Cardwell
Posted 1 mo ago
What our media would call a peaceful beheading....
(8)
Comment
(0)

GySgt Gary Cordeiro
1 mo
According to the Koran, the infidel is the enemy. The jihad is a personal struggle between good and evil. The Imams, I feel, took advantage of the illiterate and gave their version of the Koran.
I could be completely wrong and if I am, correct me.
(1)
Reply
(0)

MSgt Robert "Rock" Aldi
1 mo
GySgt Gary Cordeiro - That's a fair analysis Gunny..I'm just a garden variety infidel like most I guess...so if their hang up is with infidels....good luck with China's 1.4 billion and India's 1.3 billion infidels :)
(0)
Reply
(0)