What were your feelings and thoughts when you first opened your draft notice? 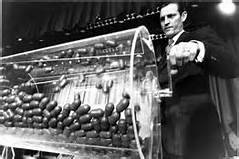 This question is for our Vietnam era Veterans here on RallyPoint. Share with us what your feelings were when you first received and opened your draft notice.

What was your stance on the war? Explain your opinion

Did your parents put ideas into your head about the war that you didn't nessisarly believe in?
Posted in these groups:

CPT Jack Durish
Edited 4 y ago
Posted 4 y ago
WTF! I had just graduated from Infantry OCS and stopped at home before taking off for Vietnam when I received mine. I dressed in my brand new 2LT duds and dutifully reported to the Draft Board at the appointed hour (0600) in Towson, MD. When the elderly lady at the desk asked if she could help me, I handed her my missive from the Draft Board. She scanned it and then looked up at me to say, "You are some kind of smart ass, aren't you?" I smiled and nodded, then did an about face and departed. Yes, I'm still that person today...
(493)
Comment
(0)
show previous comments

Capt Bill Bellamy
3 mo
Same as many others, I beat the Draft Board to it. I was well into OTS when my parents forwarded my draft notice to me. I showed it to my Flight Training Officer, who told me to give it to him and not worry about it. Since I am from a small town in Texas where everyone knows everyone, I callled my folks so they could let the Chairman of the local board know what had happened.
(1)
Reply
(0)

TSgt Ralph Schloss
1 mo
I was at Ft. Jackson when I got my draft notice! lol I guess that made me a draft dodger! LOL
(0)
Reply
(0)

Sgt James D.
19 d
I was at Its training of boot camp when I got mine, my reaction was a smile since my DI was dancing on the quarter deck singing we got him first we got him first!!
(0)
Reply
(0)

Sgt David G Duchesneau
Posted 4 y ago
Never got one, I enlisted into the Marine Corps before getting any notice! I enlisted at 17 on a 90 day wait program because I did not want to get drafted into the Army. No offense brothers and sisters, I just wanted to be a Marine! I knew that I was eventually going to be deployed to Nam which I was. I was a hell of a bugle player and I always wanted to be selected to audition to play in the Commandants Own which after serving two tours in Nam in a Combat Unit, I finally got my chance. At least I fulfilled my dream!
(225)
Comment
(0)
show previous comments

PO1 Kevin Dougherty
1 mo
Did much the same. Enlisted while still in HS as I had a very low draft number. I narrowed it down to the Navy, simply because I determined if I was maybe going to die, I might as well be clean. (No really that was my state of logic as a 17YO.) I talked to my dad about it, and his words tome changed my course, "Screw the Navy! Join the Coast Guard. They know how to run an outfit."

Turns out he was stationed on an LST in WWII. Their sister ship they went everywhere with was manned by a CG crew, so he got to see how they ran a ship compared to how the Navy ran a ship. Safe to say he was impressed with the CG way.
(2)
Reply
(0)

Sgt (Join to see)
Edited 4 y ago
Posted 4 y ago
Sir, In high school, I knew that I wanted to join the Marine Corps as soon as I graduated. I felt that aiding South Vietnam was a just cause. My parents were both deceased, and my sister who I was living with did not want me to join. My friends all thought that I was crazy. I have no regrets over my decision. I never received a draft notice.
(141)
Comment
(0)
show previous comments

COL Jon Lopey
12 mo
Ted: Thank you for serving. I wanted to be a Marine from the time I was a kid and did the same thing. The draft was winding down when I went in but I didn't care - I served during the Viet Nam Era and was certainly glad I did. I had great officers and NCOs. I extended and almost reenlisted but I decided to get out and go to college. Semper Fi! COL L
(3)
Reply
(0)

Sgt (Join to see)
12 mo
COL Jon Lopey - I appreciate your response Colonel, and thank you for your many years of service. Semper Fi.
(2)
Reply
(0)

1LT Mike Donio
6 mo
Cpl Donald McKeon - Same thing happened to my college room-mate...he left college was drafted and at induction center selected for Marines! We later met up in San Fran when I was returning from Nam. He was an E-5 by then and a few years later when to Marine OCS and later became a Cpt.
(2)
Reply
(0)

SFC Gary Stanfill
6 mo
When I was sowern In at Meps they put all the non Drafted personel in the back row.....The SGT came in with his clip board and started with the front row.....He said u,u and u are now Marines....U an U are AF and u and u are now Navy...Every one else except the back row you all are now in the ARMY...
(2)
Reply
(0)
Show More Comments
Read This Next
RallyPoint Home