Originally a cavalryman, Richthofen transferred to the Air Service in 1915, becoming one of the first members of fighter squadron Jagdstaffel 2 in 1916. He quickly distinguished himself as a fighter pilot, and during 1917 became leader of Jasta 11 and then the larger fighter wing unit Jagdgeschwader 1, better known as "The Flying Circus" or "Richthofen's Circus" because of the bright colours of its aircraft, and perhaps also because of the way the unit was transferred from one area of allied air activity to another – moving like a travelling circus, and frequently setting up in tents on improvised airfields. By 1918, Richthofen was regarded as a national hero in Germany, and respected by his enemies.

Richthofen was shot down and killed near Vaux-sur-Somme on 21 April 1918. There has been considerable discussion and debate regarding aspects of his career, especially the circumstances of his death. He remains one of the most widely known fighter pilots of all time, and has been the subject of many books, films and other media. 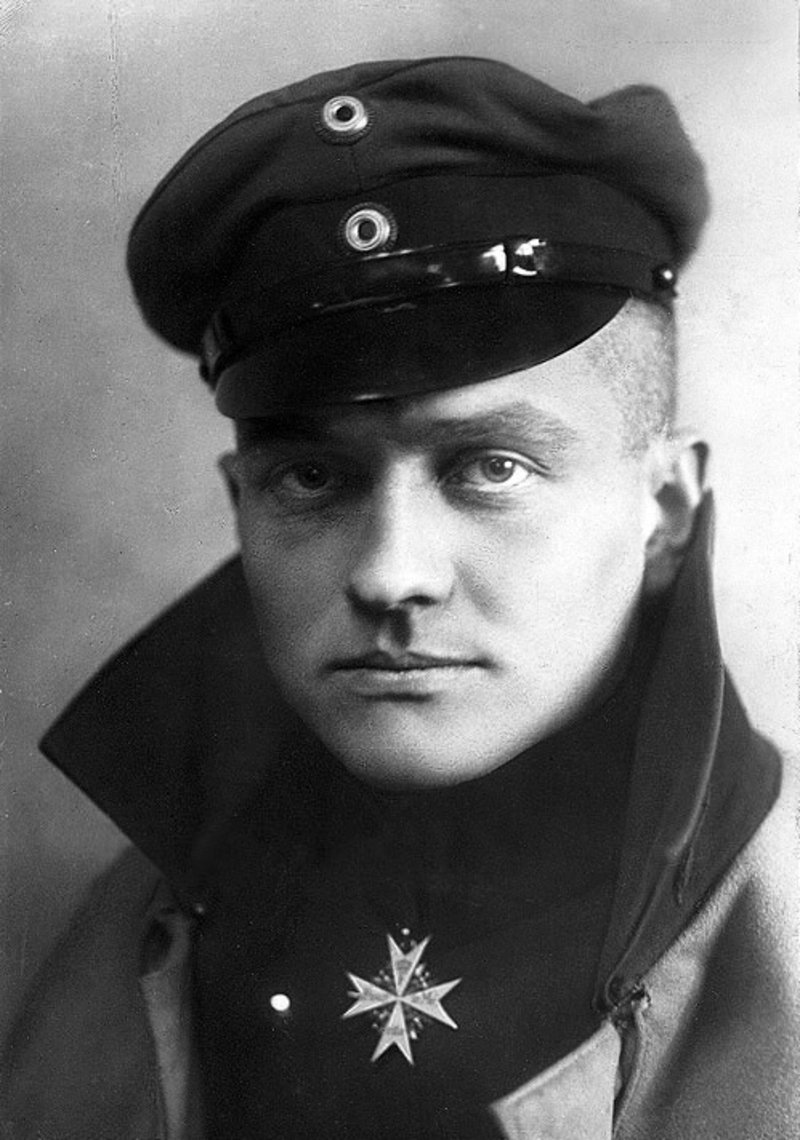 He is one of the few German fighter pilots that Americans could actually name...
https://www.youtube.com/watch?v=Oxzg_iM-T4E
(6)
Comment
(0) 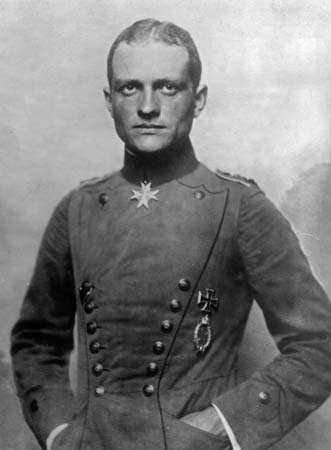 The Red Baron: The Most Feared Fighter Pilot Of WW1 - Full Documentary

Thank you, my friend Maj Marty Hogan for making us aware that May 2 is the anniversary of the birth of German cavalryman who was transferred to the Air Service in 1915, becoming one of the first members of fighter squadron Jagdstaffel 2 in 1916 Manfred Albrecht Freiherr von Richthofen.

The Red Baron: The Most Feared Fighter Pilot Of WW1 - Full Documentary
https://www.youtube.com/watch?v=onxV-p6_Gt4

Background from firstworldwar.com/bio/richthofen.htm
"The most famous air ace of the First World War, Manfred Albrecht Freiherr von Richthofen was born on 2 May 1892 in Breslau.
The son of Major Albrecht von Richthofen, a Prussian nobleman and his wife, Kunigunde, he enrolled at age 11 at the military school at Wahlstatt, and then attended the Royal Military Academy at Lichterfelde. He was a better athlete than he was a scholar, and applied his horseback riding skills to become a cavalry officer. He was commissioned in April 1911 in the 1st Regiment of Uhlans Kaiser Alexander III, and promoted to Lieutenant in 1912.

Richthofen served briefly in the trenches before transferring to the German Air Force in May 1915. The star pupil of Oswald Boelcke, Richthofen learnt quickly and achieved immediate success. He took his first solo flight after only 24 hours of flight training, on 10 October 1915. A month after receiving his first Albatros, Richthofen had scored six 'kills' against Allied aircraft.

A cool and precise hunter, Richthofen's flamboyance was expressed mainly in his brightly painted aircraft, a Fokker DR-1 Dridecker. His success in the air led to his being named der Rote Kampfflieger by the Germans, le petit rouge by the French, and the Red Baron by the British.

Richthofen was appointed commander of the Flying Circus in June 1917. Comprised of Germany's top fighter pilots, the new unit was highly mobile and could be quickly sent to any part of the Western Front where it was most needed. Richthofen and his pilots achieved immediate success during the air war over Ypres during August and September.

After scoring 80 confirmed kills, Richthofen was finally shot down as he flew deep into British lines in pursuit of Wilfrid May on 21 April 1918. Although Canadian flyer Arthur 'Roy' Brown - who was flying to May's aid - was officially credited with the victory, controversy remains over who actually shot Richthofen down; other evidence suggests he was hit by a single bullet fired by Australian gunners in the trenches. In any event, Manfred von Richthofen crashed into a field alongside the road from Corbie to Bray. He was 25. He was survived by his brother Lothar, also a noted ace.

A British pilot flew over the German aerodrome at Cappy and dropped a note informing the Germans of Richthofen's death. Buried in France by the British with full military honours, Richthofen's body was later exhumed and reburied in the family cemetery at Wiesbaden."