Clive Staples Lewis (29 November 1898 – 22 November 1963) was a British writer and lay theologian. He held academic positions in English literature at both Oxford University (Magdalen College, 1925–1954) and Cambridge University (Magdalene College, 1954–1963). He is best known for his works of fiction, especially The Screwtape Letters, The Chronicles of Narnia, and The Space Trilogy, and for his non-fiction Christian apologetics, such as Mere Christianity, Miracles, and The Problem of Pain.

Lewis and fellow novelist J. R. R. Tolkien were close friends. They both served on the English faculty at Oxford University and were active in the informal Oxford literary group known as the Inklings.[1] According to Lewis's memoir Surprised by Joy, he was baptised in the Church of Ireland, but fell away from his faith during adolescence. Lewis returned to Anglicanism at the age of 32, owing to the influence of Tolkien and other friends, and he became an "ordinary layman of the Church of England".[2] Lewis's faith profoundly affected his work, and his wartime radio broadcasts on the subject of Christianity brought him wide acclaim.

Lewis wrote more than 30 books[3] which have been translated into more than 30 languages and have sold millions of copies. The books that make up The Chronicles of Narnia have sold the most and have been popularised on stage, TV, radio, and cinema. His philosophical writings are widely cited by Christian apologists from many denominations.

In 1956, Lewis married American writer Joy Davidman; she died of cancer four years later at the age of 45. Lewis died on 22 November 1963 from renal failure, one week before his 65th birthday. In 2013, on the 50th anniversary of his death, Lewis was honoured with a memorial in Poets' Corner in Westminster Abbey.

Soon after Lewis entered Oxford in the 1917 summer term, he joined the Officers' Training Corps at the university as his "most promising route into the army".[31] From there, he was drafted into a Cadet Battalion for training.[31][32] After his training, he was commissioned into the Third Battalion of the Somerset Light Infantry of the British Army as a Second Lieutenant. On his 19th birthday (29 November 1917) he arrived at the front line in the Somme Valley in France, where he experienced trench warfare for the first time.[31][32][33] On 15 April 1918, Lewis was wounded and two of his colleagues were killed by a British shell falling short of its target.[33][page needed] He suffered from depression and homesickness during his convalescence and, upon his recovery in October, he was assigned to duty in Andover, England. He was demobilised in December 1918 and soon restarted his studies.[34] 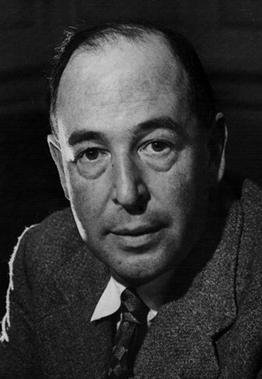 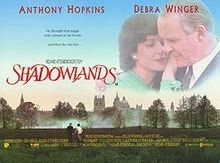 Capt Marty Hogan, “Shadowlands is a 1993 British biographical drama film about the relationship between [British] academic C. S. Lewis and American poet Joy Davidman, her death from cancer, and how this challenged Lewis's Christian faith. It was directed by Richard Attenborough with a screenplay by William Nicholson based on his 1985 television film and 1989 stage play of the same name.”
It’s an excellent film, starring Anthony Hopkins and Debra Winger, and is well worth watching.

SGT Steve McFarland
1 mo
I have read about it, that it shook him to his core. I had a similar experience when I lost Connie. Too many "WHYS?"
(2)
Reply
(0)

LTC D. Wayne Gregory
1 mo
Thanks for posting this. I'll be looking for a copy of Shadowlands.
(2)
Reply
(0)