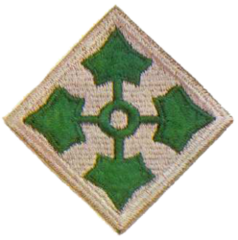 SGT Joseph Gunderson
Posted 1 mo ago
Bud, we've been involved in conflict with Iran for quite some time now. If you're asking weather anything big is about to happen, doubtful.
(2)
Comment
(0)

SSG Alan Pelletier
Posted 1 mo ago
I agree with the respondents below as well. I'm doubtful we will enter direct conflict.

Iran has never been our ally or friend. With President Obama and his administration giving them quite a bit of money and agreeing to a permissive nuclear deal ,it's my impression our government followed the decades old policy of appeasement and pushing an inevitable crisis down the road.

Our current administration and President Trump seem to have taken a more direct approach with a and long-term solution in mind (again, my impression).

I'm not convinced it's time to start buying war bonds and running to Canada "for college." What I do think will happen will be similar to what President Reagan did in the 1980's. Slow down a lot of the destructive appetites of our Country's enemies long enough our freedom will last another generation. Perhaps it is time to go against the Middle East and their allies and put an end to a significant source of strife for the people there as well as the long reach through economics and politics they wield?

The Iranian General who was killed during an airstrike in Iraq will have an impact on Iran and the Iranian led militia operating in Iraq (we think). We have always known Iran and others were involved but to the degree may be more disturbing than we wish to realize. The United States has many enemies foreign and abroad. If our ambassadorial attempts are only staying their hand and prolonging the inevitable do we live with that and hope or rip the bandaid off and find a permanent solution to the problem?

This is not an easy answer and I've no doubt the Pentagon has war gamed these scenarios to death and beyond. What I hope you and anyone else takes away from my thoughts is something my father told me when I was young.

"IF YOU KNEW WHAT THEY KNEW, WOULD YOU DO WHAT THEY DO?"
Point is, we can armchair but there's information and circumstances we don't know.
(1)
Comment
(0)
Show More Comments
Read This Next
RallyPoint Home