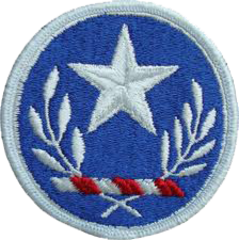 I haven't gone to Basic Training yet, but I like to wear OCP/UCP Pants with boots outside on public grounds, is that allowed?

PVT (Join to see)
4.93K
233
47
23
23
0
Or does it seem like I'm bragging? (I'm just fresh out of MEPS, I don't even know squat about military culture, sorry if I offended some people it's just been a childhood dream of mine to join the military. Please don't hurt me)
Posted in these groups: Texas ARNG

CPT (Join to see)
Posted 10 mo ago
Don't do it before basic, and don't do it after basic... not because it is against regulation, just because it is ridiculous and the rest of us will make fun of you.
(39)
Comment
(0)
show previous comments

SGT David Stanton
10 mo
I can understand the possibility of wearing combat boots and jeans to the PX if you are still in training, but at the earliest opportunity I’d be buying some civilian shoes, but never wear anything that potentially sets you up to be a target, don’t know if you are aware of this, but not everyone likes the military.
(5)
Reply
(0)

TSgt James Sutton
8 mo
Actually it is in style for people to wear military pants/boots....don't listen to the downers in this group
(1)
Reply
(0)

SGT David Jackson
8 mo
CPT (Join to see) - From 1964 to 1970, I had two types of boots that fit me better than ANY "civilian" shoes" The US Steel issued safety boots (Weighed a ton, and my GI issue combat boots. A bit lighter, and a bit more comfortable after breaking in, but I could (and did) fall asleep in them quite often.
That was 50 years ago, and I still wear combat boots whenever possible. I actually developed plantar fasciitis and a heel spur after my dog (a puppy then) ate one of my boots. Got another pair later (boots, not doggie), bone spur has vanished.
So anyone who wants to donate a decent pair of size nine combat boots, call me!
(1)
Reply
(0)

Sgt Jude Eschete
Posted 10 mo ago
I'm fundamentally against any service member wearing uniforms off base or when not working. The Marine Corps doesn't allow utilities to be worn out in town period and for good reason. Not only are you making yourself a target, but you are also wearing a uniform you haven't earned yet.

TSgt James Sutton
8 mo
he isn't in the military yet, just went thru MEPS is not on active duty.
(0)
Reply
(0)

SSgt Michael Dale
8 mo
When you get out or retire, they become the best yard work clothes you will ever find. I wore out mine and go to thrift stores to find military fatigue pants. Tons of pockets to carry things, built tough in the knees and seat and if you get stains on them, who cares. No one targets me, or makes comments about what I wear but I’m not wearing a military style haircut either.
(1)
Reply
(0)

TSgt James Sutton
7 mo
SFC John Wade - how exactly are you earning the uniform? the medals yes...but the uniforms is worn by a lot of people who never enlisted or were commissioned...all they have to do is go to a second hand thrift store and there are plenty...not to mention the army surplus stores or even just on Ebay...not a big deal, been not a problem for decades.
(0)
Reply
(0)

CSM Charles Hayden
Posted 10 mo ago
WHAT ? PVT (Join to see)
Please do not, it is not for wear in a civilian setting. Even after you have been trained to wear a uniform, DO NOT!

TSgt James Sutton
8 mo
non-military do it all the time, as long as they don't have name unit badges etc as if they were serving it is allowed in the Air Force per uniform instructions. Just can't have a full uniform on to be confused with someone on duty.
(1)
Reply
(0)