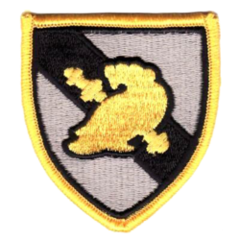 Cadets vs. Cadets. It may be a little or well-known fact that time spent in the military academies counts towards retirement. Fair or not? 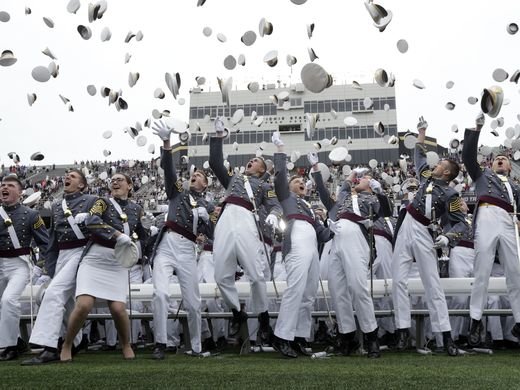 In other words 26 years of service is actually 30 for an Academy Grad. Now this is an awesome deal if you went to an academy!

This also includes the Coast Guard Academy whose tag I did not include.

https://www.opm.gov/retirement-services/publications-forms/csrsfers-handbook/c022.pdf
Posted in these groups:

1SG Mike Case
Edited >1 y ago
Posted >1 y ago
I agree with SGT Groth that Basic and AIT count towards retirement, so why not Service Academy time. I don't think I could handle 4 years of a training environment.
(12)
Comment
(0)
show previous comments

COL George Antochy
>1 y
One more time. Public Law 110-181, § 1115 changed the law to allow Academy time to count towards Service Computation for Federal employees in either CSRS or FERS, not for active or reserve military retirement.
(2)
Reply
(0)

LtCol William Bentley
3 y
COL George Antochy - Unfortunately, the change allowing service computation for Federal employees to include Academy time was a limited change...just for them. Clearly if Congress had wished to make Academy time creditable toward either pay OR retirement longevity purposes, they would have explicitly said so. Alas.
(0)
Reply
(0)

LtCol William Bentley
3 y
COL George Antochy - Here is the confounding, and unfortunately quite controlling, wording out of the US Code, 37 USC 2107g, https://www.law.cornell.edu/uscode/text/10/2107

I went round and round with my Service HQ, HQMC, after my retirement, inquiring about credit for my 39 days of OCS...under official Active Duty for Training orders lawfully issued per all the normal Manuals, the JFTR, the DODFMR, etc...but even though I was appointed as a Midshipman in the USMCR, serving on ADT orders, a form of active duty recognized by US law and -- normally -- creditable toward longevity, since I was in fact a member of the SROTC described by 37 USC 2107, NO days of my entire ROTC tenure were creditable...I had argued that I understood that my "inactive duty" time between official orders to duty was bonafide "ROTC time," and thus not creditable, but that once I (or anyone else) entered into bonafide "active duty" orders, THOSE days should be creditable. I lost my case, and did not get the credit.

This law has essentially been around on one form or another since the 1960's, although there was a Comptroller General decision back in the late 1960's that agreed with what I had argued...that for purposes of interpreting the law, periods of "active duty" were just that: active duty. And periods of "ROTC duty" were just that: inactive duty that was not creditable. But that CompGen decision was not controlling over the long haul.

I have heard that more than a few Navy officers who were credited with the points described in your BUPERS instruction from 2007, and USMC officers who were credited with points for the same reason (and almost identical wording) from MCO 1400 (Separations Manual), had their retired service credit adjusted (and thus their retired pay) to reflect the "error" of granting credit that was prohibited by law (specifically 37 USC 2107). Of course not all sources of commission are from Service Academies or ROTC, so many officers DO get credit for their entire accession pipeline, or at least for the time spent on OCS and other active duty pre-commissioning training.

For example, USMC Platoon Leaders Course (PLC) is a very old and probably the largest source of officers in the USMC. The majority of them are just college students; they must enlist as E-1 Privates, swear the Oath of Enlistment, and then essentially only have to maintain basic qualifications for a commission until they graduate. And they have to complete either one 10 week combined OCS or 2 separate "Juniors" and "Seniors" OCS courses during the summers of their college experience. Until perhaps early 1990's, the ENTIRE PLC experience was considered creditable reserve enlisted service, establishing their pay entry base date, qualifying years toward reserve retirement, and their time spent on active duty at OCS was credited likewise as active duty. That eventually ended, and now I believe that Marine PLC is essentially a non-creditable experience similar to ROTC until some point at reporting to (one) of the OCS classes, at which time PEBD and credit commences.

There are other programs, that probably swish around without granting solid credit for longevity. I suspect that none of the USNR service by US Merchant Marine Academy Midshipmen, who are NOT on active duty during their school year but ARE appointed as USNR Midshipmen similar to ROTC and DO perform active duty for sea cruises, also are denied any longevity credit.
Cheers, WKB

2013—Subsec. (c)(1). Pub. L. 112–239 struck out at end “At least 50 percent of the cadets and midshipmen appointed under this section must qualify for in-State tuition rates at their respective institutions and will receive tuition benefits at that rate.”

COL George Antochy
3 y
Based upon the above mentioned BUPERS Instruction 1001.39F, I have submitted an updated DD Form 108 to add time spent on Active Duty training to my retirement points calculation. As a Scholarship Cadet I was administratively enlisted into the Army Reserve as a Private. During my summer break prior to being a senior, I attended Airborne training, ROTC Advanced Camp, and Army Orientation Training. Just prior to being commissioned I was Honorably Discharged from the Army Reserve as a Private. Upon contacting Retirement Services at HRC, I was advised to submit my updated DD Form 108 with supporting documentation for consideration. I'll know in January when my retirement begins whether I receive points credit for those active duty training periods. Best case I get 80 days added to my points calculation. If the Navy Reserve is counting Naval ROTC Summer Cruises to be added to Naval Reserve retirement points calculations, than so should the Army Reserve.
(0)
Reply
(0)

SGT David A. 'Cowboy' Groth
Posted >1 y ago
Why not count, they're going through training other do in basic, only different.
(6)
Comment
(0)

COL Lee Flemming
>1 y
True, but the fact is that ROTC Cadets are not afforded the same entitlement.
(0)
Reply
(0)

Sgt Aaron Kennedy, MS
>1 y
COL Lee Flemming - ROTC cadets aren't under the watchful eye of the military 24/7 for "college." Service Academy grads are "active" whereas ROTC is more akin to "reserve" in this style of training.
(2)
Reply
(0)
Show More Comments
Read This Next
RallyPoint Home