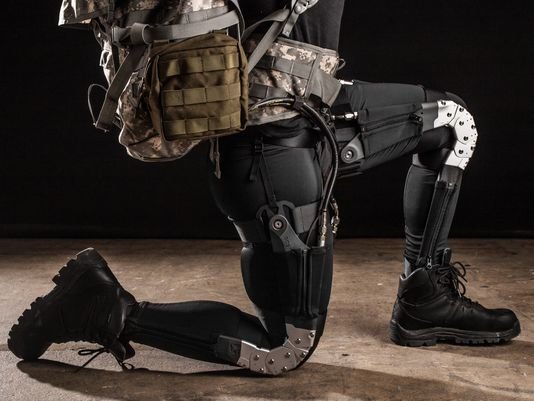 But a final prototype of the device, which could cut a wearer's exertion level by 25 percent when carrying a 100-pound load and might let an unburdened soldier run a four-minute mile, could be tested in a realistic setting in less than two years, according to Maj. Christopher Orlowski, who runs the program under the Defense Advanced Research Projects Agency's banner.

DARPA's Warrior Web initiative spans the entire military, but much of the testing for the four prototypes in the program's second phase, and the nine prototypes that made up Phase I, has been hosted by the Soldier Performance and Equipment Advanced Research facility — SPEAR, for short — at Maryland's Aberdeen Proving Ground.

"I'm exposed to a lot of really cool technology that not everyone gets to see," said Mike LaFiandra, chief of the Dismounted Warrior Branch at the Army Research Laboratory. "Big-picture, we're really at an exciting time. The technological advancements that are happening ... I can see 10 years or 15 years from now, this not only being a soldier device, but helping soldiers who are injured, once they get back."

Three years after Warrior Web's inception, soldier-testers are taking the prototypes out of the lab and onto a cross-country course, walking through the woods with an 80-pound pack. While researchers tag along, testers report any perceived benefits from the suit, as well as any problems with comfort or ease of wear — chafing, for example.

Feedback from testers has been positive, DARPA and Army officials said, especially after the soldiers have time to get used to wearing the devices. But comfort isn't the only issue under review, and the data analysis required to gauge the performance of such suits may be a heavier lift than the packs being lugged around the Aberdeen woods.

Rules for what the prototypes must look like are flexible to allow for innovation, but the final version likely will resemble a wet suit, only with a system attached designed to deliver the right force to the right muscle or joint at the right time to ease a soldier's workload.

The Soft Exosuit prototype, designed by a team from the Wyss Institute for
Biologically Inspired Engineering at Harvard, uses a series of pulleys to simulate leg movement. It focuses on supporting the hip and ankle joints; "if you look at the biomechanics of walking," program leader Conor Walsh said, "you see that those two joints are doing most of the work."

Because of the weight and wattage limitations put on the system by DARPA, researchers must find ways to benefit the wearer without excess power.

"We're trying to understand what are the most efficient times in the walking cycle to add energy," Walsh said. "Do we really understand those moments?"

The prototype underwent testing in Aberdeen in early October. The last of the prototypes scheduled for this round of testing, an Arizona State product known as Air Legs that'll visit the lab in either December or January, uses air pressure instead of pulleys.

Makers of Air Legs told CBS News in a Nov. 11 report they had been able to reduce exertion, or "metabolic load," by 10 percent so far, and that reaching the 25 percent threshold would mean a soldier wearing the device could run a mile in four minutes.

Track times aren't part of the DARPA metrics. Walsh said the Harvard group's prototype has "seen muscle activity being reduced in the key areas, and we've seen positive effect in the metabolic areas," but couldn't put a number to the findings.

The difficulty in finding those metabolic-load data points is part of the reason soldiers shouldn't expect a rapid roll-out of these suits, according to the experts.

"The way everyone walks is slightly different," LaFiandra said. "Maybe a previous injury, maybe the amount of experience you have walking with a load. ... There's a tremendous amount of individual variability. Merely putting this device on one or two people, with or without a load, and comparing those numbers, is insufficient."

DARPA's stated goal is to build a device that can be worn under the uniform by 90 percent of the Army, so getting the variations right is critical. And even if the device can adapt to its user, researchers must determine the proper training protocol so the user can adapt to the device.

It's the kind of research that can't be done entirely in university labs.

Improving performance is only one of five focus areas for the program, according to a 2013 DARPA announcement. The others:

-Advanced controls: Suits that can "function without intervention by the wearer" and correct for when the wearer's stride changes — walking to running or kneeling to crawling, for instance.
-Wearability: Suits that remain lightweight, cool and comfortable despite performance-enhancing add-ons, and can sense and process biometrics without external computer power.
-Safety: Suits that lend stability to joints and help muscles with a soldier's typical burdens, both of which could limit chronic injuries.
-Grab bag: Suits with what DARPA calls "additional assistive wearable technologies," which could be used to aid wearers undergoing rehabilitation or physical therapy, for example, or even help the elderly remain mobile.

All prototypes must tackle at least three focus areas, according to the statement, with "full-suit" entries needing to address all but the final, miscellaneous category. And the competition's end is in sight.

"DARPA plans to test the final prototype in appropriate mission profiles under realistic loads to evaluate performance," Orlowski, the program manager, said in an emailed response to questions. "These tests are currently planned for late 2016."

Once the technology is in place, which soldiers receive the exosuits and how they use them becomes the Army's problem — Orlowski said DARPA will "leave it up to the services to determine specific operational uses." Suits that pass the types of tests done in Aberdeen and meet the program's requirements would benefit most any soldier carrying any gear in any operational environment.

"Twenty or 30 years ago, it may have seemed far-fetched," LaFiandra said. "When I look at the Warrior Web prototypes, I don't think it's far-fetched. I think it's a matter of time."

http://www.armytimes.com/story/military/tech/2014/11/30/exosuit-super-soldier-darpa-aberdeen-army-harvard/19487395/
Posted in these groups:

1SG James Wise
Edited 7 y ago
Posted 7 y ago
Let me know when we get suits like John Steakley's "Armor" or the elite suits in John Ringo's Posleen War series...better yet the tanks and equipment from David Drake's "Hammer's Slammers" series. Otherwise as we add to the ability to carry more weight easier, Soldiers and leaders will just add more items to the packing list and we will be back to square one...and stuck out in the suck with dead batteries and 200 pound rucks, plus the exoskeloton you are signed for...
(9)
Comment
(0)
PO3 (Join to see)
7 y
Now your talking 1SG James Wise ! I would straight up fake some documents to be young enough to enlist for that! Then again if we have Ringo's armor we might also have the regen treatments and I wouldn't need to fake it.
(1)
Reply
(0)
SSG (Join to see)
7 y
Looks good on paper is never a good answer. Agreed with everything that was said.
(0)
Reply
(0)
7
7
0 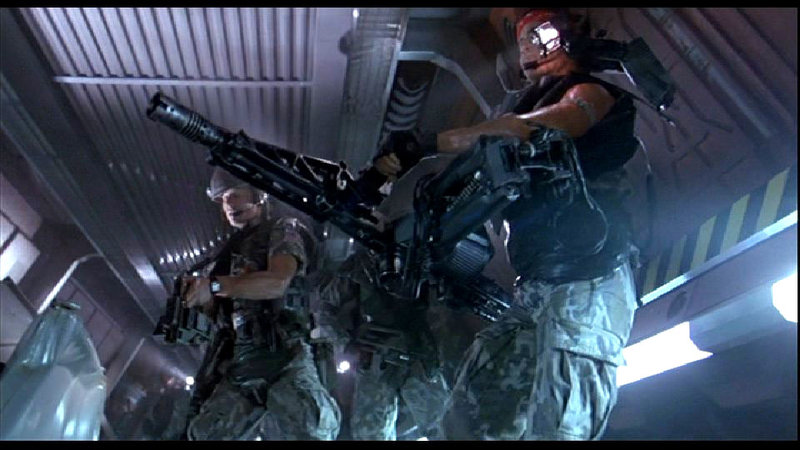 Let me know when we get these.....
(7)
Comment
(0)
SSG(P) (Join to see)
7 y
According to the predictions of the future from Avatar, we will hope in these huge machines and just start to destroy everything. I'll wait for those instead.
(0)
Reply
(0)
LTC Paul Labrador
7 y
Huge bi-ped robots are big, tall targets that are easily knocked over or disabled (blow off a leg and down it goes). I can't remember if it was on here or another website, but there was actually a good discussion on the practicality of anime style giant robots in warfare.

What I loved about Aliens was that the tech in that movie has been the inspiration for a lot of real world military tech as of late. It was futuristic, but still realistic.
(2)
Reply
(0)
7
7
0

What is the best professional military fiction? | RallyPoint

Of the options offered? Warning: mentioning the movies without having read the books is a down-votable offense. Offering an alternative professional military fiction is acceptable, but six answers to a survey is not supportable.

(1)
Reply
(0)
LTC Paul Labrador
7 y
The movie was entertaining. It's even better when you realize the whole thing is actually a parody....
(0)
Reply
(0)
Show More Comments
Read This Next
RallyPoint Home