Do our Children understand death of a love one at a young age? 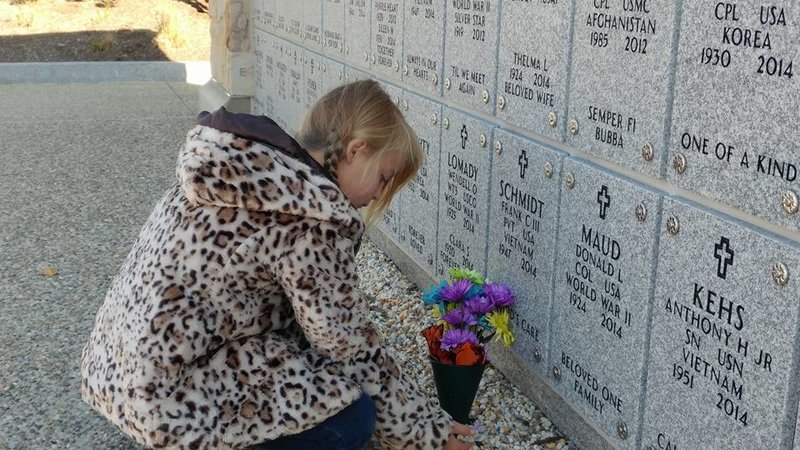 SFC (Join to see)
Posted >1 y ago
Mine do. I started with hatching chicks and raising animals on our ranch. I showed them the ones that didn't make it.
One night I witnessed a deadly car accident and one of the first responders. I had my kids with me. They saw the accident and my oldest knew what was going on. Though I tried to tell him mommy was helping them. There was one that died on impact. A few days later he asked me what happened to those kids in the car as they were in their early 20s. So I told him two of them died and went to heaven. But one of them lived and had a broken ankle.
He replied "oooohh they went to heaven? Like the chickens go to heaven when they die?" And I said yes, just like that.
So I think if it's explained to them and not hidden from them they will have a better understanding. Great Post SFC William Stephens A. Jr., 3 MSM, JSCM, thank you for sharing
(4)
Comment
(0)
SFC William Stephens A. Jr., 3 MSM, JSCM
>1 y
Mary always rocking with her chicken stories, I wish I could use them on my kid.
(1)
Reply
(0)
3
3
0

MSG Brad Sand
Edited >1 y ago
Posted >1 y ago
Sadly yes. My daughter was four when her older sister was taken from us. I did not know how to explain such loss to someone so young, but I think she was able to handle it as well as I was...better. She actually was as much help for me as I was for her in handling this tragedy.

With this said, I think the real answer depends as much on the child and it does for an adult.
(3)
Comment
(0)
SFC William Stephens A. Jr., 3 MSM, JSCM
>1 y
MSG brother thanks for opening up and telling your story you didn't have but true warriors do so we learn from them. Sorry for your loss.
(0)
Reply
(0)
MSG Brad Sand
>1 y
SFC William Stephens A. Jr., 3 MSM, JSCM -
Brother, holding things in rarely helps anyone and often causes permanent damage to those thinking they are being strong. I know for me, my faith helped me wade through the morass that was Megan's loss BUT I am not sure one ever understands or puts such things completely behind them...at least until we are reunited.
(1)
Reply
(0)
SFC Jim Ruether
>1 y
You have my deepest sympathies MSG Sand. Thanks for your insight and comments. I can understand when an older soldier passes away. He may have been taken by an old war wound or illness. What I can't understand or explain to someone else is when a perfectly healthy and young soldier takes his or her life because of something that happened to them in a combat theater or stateside. It can be an abusive relationship or rape, it can be losing a close friend and survivor guilt from a fire fight. I just can't accept it and hope these men and women get the help they so desperately need. First they have to recognize they have an issue they can't or need help dealing with and then get that help! These are the deaths that young kids can't accept, especially when it happens to a dad, mom, uncle or aunt?
(1)
Reply
(0)
MSG Brad Sand
>1 y
SFC Jim Ruether -
It is so much hard to identify the mental and emotional wounds, because we cannot see blood or something physically out of place. I remember pointing out to other sergeants that they would never let a soldier dripping blood, or a visibly broken limb 'tough it out' or seek help when they had time, but they think this okay for PTSD? What would you do if you found one of your sergeants let a soldier walk around when an open wound on their head? Hopefully lose your mind? "But sergeant, he said he was fine...he was dealing with it on his own...he's tough?" We get caught up in our own culture and it cost people in so many ways.
(0)
Reply
(0)
Show More Comments
Read This Next
RallyPoint Home