Does rank play a role in RallyPoint discussions? Are you intimidated by higher ranks? 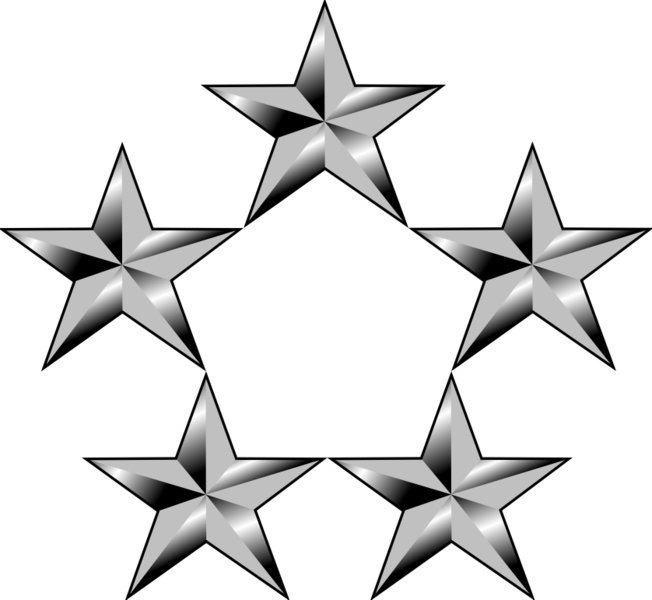 MAJ (Join to see)
Posted >1 y ago
I've openly disagreed with Colonels and Sergeants Major on here with no issues. As long as you're respectful and professional there's no reason to be intimidated. I like to think we're all here to learn and share in camaraderie, regardless of what we wear on our collar.
(100)
Comment
(0)
show previous comments
TSgt Michael Brandt
>1 y
In my Air Force career I always found the higher the rank the more open they were to listening to your point of you It seems to be the same on here
(0)
Reply
(0)
TSgt Michael Brandt
>1 y
TSgt Michael Brandt Oops it was supposed to be point of view
(0)
Reply
(0)
COL Robert Davies
1 y
I am an US Army Chaplain who has been around long enough and attended enough schools to be paid as an O6. An interesting perspective.
(0)
Reply
(0)
CSM Tony Blair
9 mo
lol
not at all,
I always show respect, and as a NCO give what little knowledge I have to them, and let them make the last call.

SGT Richard H.
Edited >1 y ago
Posted >1 y ago
I'm not intimidated by higher ranks on RP....but then again, I wasn't in person either. Some of you have seen me say it before: if you're doing things right, it doesn't matter who's watching.
(94)
Comment
(0)
show previous comments
SGT (Join to see)
3 y
When I went through basic, the company commander would come in at night and try to bully his way past the fire guard without giving the password. If you gave in to him, it was front-back-go in the sawdust pit. He was doing it expressly to teach us to stand our ground when we're following orders.
(4)
Reply
(0)
SSG Clayton Blackwell
3 y
While you should show respect for rank, you should never be intimidated by it. For instance, I had an event a few weeks back where there was a Marine Major, 2 Air Force Generals and an Army General, I called them by their rank but spoke to them like I do anyone else I meet. No different here than in person, you should show respect to everyone as a person, but there really is no rank here. Especially considering I have been out for 20 years now, so rank really means zero to me at this point.
(4)
Reply
(0)
CW4 John Soto
3 y
SPC David Theriault - Say what??? I was an MP for 12 years and retired as a WO. if I ever heard you say that, you'd face some serious consequences. That is barracks talk and has no play in this forum. if you want negative attention, your saying the right things to get it.
(2)
Reply
(0)
SFC (Join to see)
>1 y
SSG Clayton Blackwell - I would add that while rank doesn't mean "zero" to me, as I still feel willing and proud to respect any member's service achievements, I strongly feel that "what goes around comes around" (respect is earned not demanded), and if someone conducts themselves in a constructive respectful manner, that's what they get back from me.
Warriors Forever!
-Ed Boles
(1)
Reply
(0)
67
67
0

Sgt Aaron Kennedy, MS
Posted 6 y ago
Rank adds Context. It adds perspective to the experiences of the speaker, which takes a lot longer if it was not visible.

That said, although we do make it quickly visible, the Content of our posts is where the real "weight" is. A well articulated, and reasoned post is worth far more than "just" some stripes & bars.
(67)
Comment
(0)
Transferred from duplicate topic
show previous comments
SGT Richard H.
6 y
Good discussion here. I think the most important point to come out of this is the TYPE of experience that can come from different ranks, all other things being equal. If you otherwise level the playing field and look at a Military question being answered by two 40 year old Veterans (using LCpl Mark Lefler's example) , one of them being a SGT and one being a CPT, (using Sgt Aaron Kennedy, MS's example), If they experienced the exact same thing in the Military they would have experienced it in two very different ways.
(6)
Reply
(0)
PVT Mark Brown
>1 y
Sgt Aaron Kennedy, MS - I think you have just successfully summed up the essence of RP. Well done, Sgt.
(4)
Reply
(0)
CWO2 (Join to see)
>1 y
Outstanding response, Sgt Kennedy. My thoughts exactly.
(2)
Reply
(0)
SGT Tim. Wilson
>1 y
Sgt Aaron Kennedy, MS A little late to this discussion but I do find it interesting.
Sgt Kennedy I like your response but it also makes me wonder if listing ranks should be removed all together on RP?
I mean the saying has always been, and probably always will be, “Rank has its privileges!” And we all know that to be true to one extent or another. I also believe that follows even after leaving the military, I have actually seen it at two different VA hospitals. One where a O-6 Veteran in line for the same appointment as an enlisted Veteran who had just been told it would be 3 months before his appointment, turn around and find this Col an open appointment 2 weeks later! The bird said thanks and left didn’t think anything of it. The enlisted veteran went back up and started raising hell and the woman basically told him tough. He went off to see the Patient Rep. Not sure what happened after that.
Second incident involved an O-8 veteran from WWII and myself, we both were waiting to get an appointment for the same thing, non emergency, my appointment was set for approx 6 was out. He got up next and they hooked him up with the same appointment the next week, same doctor. He went off!
He hollered at me to come back and was reading the clerk the riot act! Told the clerk to give me that appointment and him the next available after that since I was there first. I did try to tell him it was okay I could wait, he was up there in years, but he wouldn’t here it so I got the sooner appointment!
Told him I appreciated it, thanked him for his service and went on my way!
He was an officer I would have proudly served under!!!
(0)
Reply
(0)
Show More Comments
Read This Next
RallyPoint Home