Is our VA system in a crisis because Vietnam Vets aren't dying? 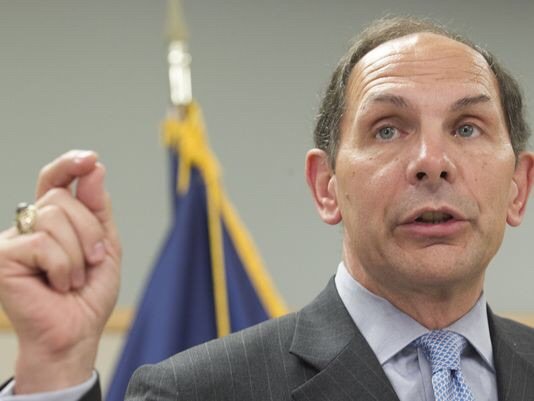 I read this from "This Ain't Hell But It's Close. It is very cold, callous, and disturbing to me. Because we aren't dying fast enough, the VA secretary claims that is why the VA is lagging behind.

He said the VA system was overwhelmed by complex medical needs of an older veteran population, and that problem was compounded by expanded health care benefits and a shortage of doctors and nurses. The upshot: Long waits for appointments and organizational dysfunction that first got exposed last year in the Phoenix VA Health Care System.

Nationwide, the number of VA medical claims rose from 2.7 million in 2009 to a projected 5.9 million in 2017, McDonald said, even though the overall number of veterans is declining. He noted that the entire U.S. health care system faces that same dilemma.

"Our veteran population — particularly that population who fought during the Vietnam War — is aging," McDonald said. "And the aging of that population is what created the stress on the system. Sound familiar? The VA is the canary in the coal mine."

INVESTIGATION: VA in Crisis
At Arizona's VA medical facilities, which had experienced a surge of patients, results were devastating: "The week after I got this job, I went to Phoenix — the epicenter — and I discovered we were short 1,000 (medical) providers," said the secretary. "And we were short clinical space."

MORE NEWS ON THE VA CRISIS
The doctor who launched the VA scandal
Videos: Key players discuss the VA scandal
Timeline: Road to VA wait-time scandal
VA says it has contacted nearly all 1,700 on wait list
Original report: Deaths at Phoenix VA hospital may be tied to delayed care
Complete coverage: The VA scandal
McDonald touted a hiring program, increased referrals for private treatment under a Veterans Choice program, and other reforms that he said have dramatically improved service to veterans.

But he warned that congressional efforts to stave off a proposed increase in the VA budget — reducing it by $1.4 billion — could undermine progress. He said it would mean 70,000 fewer veterans receive care, and major construction projects would be stopped.

"I don't create the demand," McDonald said. "I don't pass the laws to decide what benefits to give veterans. All I do is execute the laws, so I'm caught in this conundrum ... One of them has to change. You either have to give the whole budget, or you have to cut the benefits"

Is Healthcare in trouble because people are living longer?

MAJ Robert (Bob) Petrarca
Posted >1 y ago
Our VA System is in trouble because:

"No congressmen have sons and daughters in the military so we are "someone else's kids" otherwise the VA would be paid attention to." - Look at Joe Biden. His son will get the best help money can buy, because he has so much clout, but will still change nothing in the VA.
(2)
Reply
(0)
MAJ Robert (Bob) Petrarca
>1 y
But I'd be willing to bet he won't be getting it through the VA CPT Zachary Brooks that would be below him. Last time I checked, he needed lawyers not doctors.