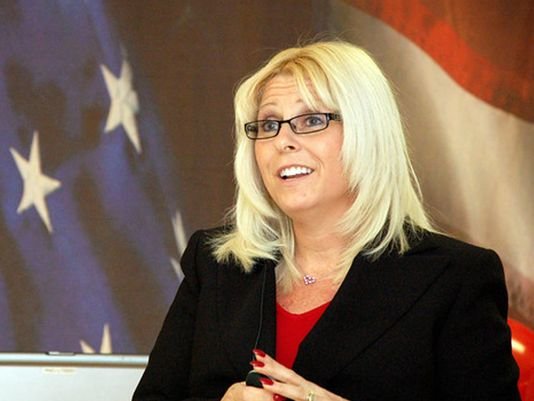 When former Veterans Affairs Department executive Sharon Helman was fired Monday, VA critics reacted swiftly and similarly to the news: Finally — but it's not enough.

Helman, who had been the Phoenix VA health system director until May, was formally dismissed after more than 200 days of investigation into the Arizona system's wait time scandals and administrative cover-up.

"Lack of oversight and misconduct by VA leaders runs counter to our mission of serving veterans, and VA will not tolerate it," he said. "We depend on VA employees and leaders to put the needs of veterans first."

McDonald interview: 'VA can't do this job by itself'

For many critics, Helman became the prominent example of the department's woes, both before and after her suspension. Concerns about wait time gaming spread to dozens of VA facilities nationwide and forced the resignation of former VA Secretary Eric Shinseki in May.

But since then, McDonald and other top VA officials have come under attack for a lack of firings and administrative punishment, even after Congress passed legislation in July designed to make the dismissal of senior VA executives happen more swiftly.

But fewer than 10 senior executives have faced formal dismissal proceedings by the department in recent months.

"VA will never regain the trust of America's veterans and American taxpayers until all of the corrupt senior executives who created the biggest scandal in the department's history are held accountable to the maximum extent under the law," Miller said in a prepared statement. "There are still many more VA scandal figures who also must be purged from the department's payroll."

Arizona Sens. John McCain and Jeff Flake, who had hammered McDonald and VA leadership in recent weeks for continuing to keep Helman on the payroll, called the action long overdue and said the department still must do more to win back the trust of veterans.

American Legion National Commander Michael Helm praised Helman's firing but added: "The termination of one director does not end this scandal."

Iraq and Afghanistan Veterans of America CEO Paul Rieckhoff said "it's good to finally see accountability in Phoenix" and added that IAVA members expect to see more firings in weeks to come.

McDonald has promised the same, blaming the lag in Helman's firing and lengthy limbo for other executive employment decisions on ongoing administrative and criminal investigations. Once those are complete, officials will move swiftly to punish or remove the individuals concerned.

Helman collected around $90,000 while on administrative leave, despite facing imminent threat of dismissal. VA officials have said that federal due process rules prohibit withholding pay or benefits from employees under investigation. The only exception is if evidence of treason is found.

VA officials have emphasized that while Helman's firing was finalized only on Monday, she has been sidelined for more than half a year, allowing other officials to implement reform efforts in Phoenix.

Helman could not be reached for comment. VA officials hope to name a new director in Phoenix "as quickly as possible" but also have praised the work of several interim directors in rebuilding local veterans' trust in the system since May.

http://www.airforcetimes.com/story/veterans/2014/11/25/veterans-affairs-sharon-helman-firing-reaction/70085716/
Posted in these groups:

SFC Mark Merino
Posted 7 y ago
This is the hospital I am forced to use. For years we have been complaining and it always fell on deaf ears. Good riddance! The only thing she was successful at was covering up our complaints and snowjobing the bureaucrats in AZ. I would also like Sen McCain to at least once admit that my messages were getting through and that he was just to busy helping other veterans that his office never had the time to get around to my complaints. How does the AZ VA justify not having a neurosurgeon in the entire state, yet not allow you to seek surgery outside of their system? For years they transferred your care to another state's VA system. Once the other states (mostly CA) got so disgusted with them and cut them off from doing it anymore we were actually asked if we could move to another state. Who does this?! In the military, we lock up service members for a FRACTION of what these overpaid bureaucrats get away with.
(8)
Comment
(0)
SrA Nathan Roberts
>1 y
I think the system as a whole should do as the Harry S Truman Memorial VA Hospital here in Columbia does. They were (purposely) built in proximity to the University of Missouri hospital. For years they have sent vets to the Univesity system for care if they could not provide it.

That being said, I also think a LOT of the issues we vets are bringing up could be answered if they would take about 1/2 of their bureaucratic administration away & replace them w/ physicians, nurses, & other such health care workers. That way health care is performed, not just paper-pushing by the back offices!
(0)
Reply
(0)
MAJ Raúl Rovira
>1 y
This is sad and sick. Worse is that there are many more hiding in the VA system playing "I Care". To them is just a job.
(1)
Reply
(0)
SFC Mark Merino
>1 y
Couldn't agree more MAJ Raúl Rovira
(0)
Reply
(0)
3
3
0

LTC Richard Wasserman
Posted 7 y ago
I wonder if there will be criminal charges of falsifying government records?
(3)
Comment
(0)
show previous comments
SSG Ricky Findley
7 y
about time she got fired. She is a disgrace, and a clear example of the antagonistic culture that is entrenched at the VA. I hope she is not the last one to go.
(2)
Reply
(0)
SSG Tim Everett
7 y
You know how government works. She'll get "retired", draw a nice fat government salary, no charges, and she'll go on to write a book, make money from that and book tours, and then she'll become a consultant for Fox News or something.
(0)
Reply
(0)
LTC Richard Wasserman
7 y
Hope not-----They better not stop going after Lois Lerner, either.
(0)
Reply
(0)
SSG Everett Wilson
7 y
She should have been fired when they found how she mismanged the VA in Spokane. They moved her after they found Vets dead in the parking lot, screw up move up
(0)
Reply
(0)
1
1
0

SFC Mark Merino
Posted >1 y ago
All I know is that if you travel from Phoenix to Tucson, the experience is night and day. The Director in Tucson either inherited a great position or made it a great place to go. Their system is SO much better than Phoenix.
(1)
Comment
(0)
Show More Comments
Read This Next
RallyPoint Home