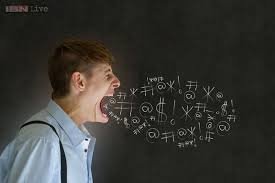 Sgt Aaron Kennedy, MS
Posted >1 y ago
It's not professional.

It should be avoided in general. That said, we're adults, and the occasional piece of profanity will slip our tongues from time to time.

It's not about hurt feelings. It's not about Mothers of America. It's about being Profession, and dropping a F-bomb every other word in polite company is just not acceptable.
(7)
Comment
(0)
6
6
0

1SG (Join to see)
Posted >1 y ago
I will be the first to admit, that as a Section Sgt, Platoon Sergeant and damn sure as a First Sergeant, I was known (and probably remembered) for a foul mouth outburst from time to time. Every other word in a sentence....NO! However, to gain attention, ensure the seriousness of the situation and meaning and to make sure it was understood I meant every damn word I said...Guilty!

Some call it unprofessional( it can be)....so be it, then don't use it. Some call it an effective leadership tool and use it effectively (it is)...so be it and I approve and agree.
(6)
Comment
(0)
CW3 Kevin Storm
>1 y
To those who can't handle being sworn at or near get out. Nothing worse than some troop whining you can't swear. You think that Jihadist isn't going to curse you? There words, it is not like you were being shot at, there are worse things that could be done than taking a butt chewing.
(1)
Reply
(0)
MSgt Robert Pellam
>1 y
I Agree with you that swearing can be an effective leadership tool. The foul mouth outbursts you talk about, actually are perfect examples of when swear words should be used. Some times you need that word that puts all your emotion, frustration and priority into what you say, so you can get across to your troops jut how important you message is. I agree.
(2)
Reply
(0)
4
4
0

SGT(P) (Join to see)
Posted >1 y ago
SSgt (Join to see) I do think that it should be avoided, at the same time, my first language is Spanish and I don't get offended by English. One sergeant called me once "turd knuckle", by phone, when I got to the office he apologized and he told me that he didn't intent to offend me but that was the way he talks. I told him that it was ok, without telling him that I had no clue what a "turd knuckle" was.
(4)
Comment
(0)
Show More Comments
Read This Next
RallyPoint Home