What is the most memorable image of the Vietnam War? 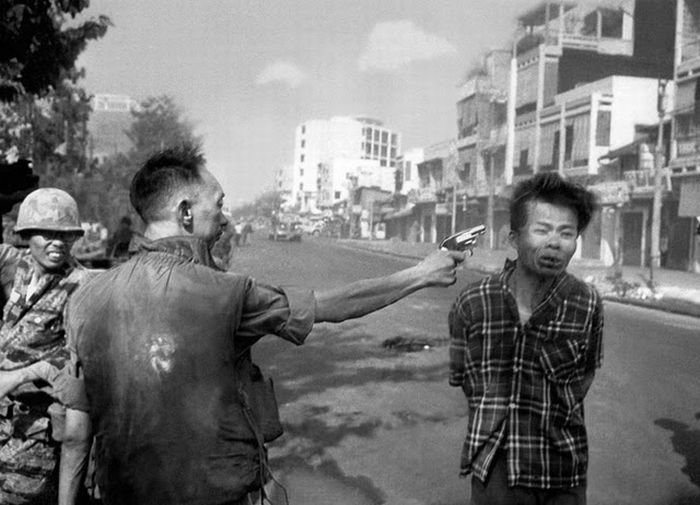 I watched the Vietnam war on TV. I have many images that I clearly recall as vivid memories of that war. What image is your most clear memory of that war?
Posted in these groups: 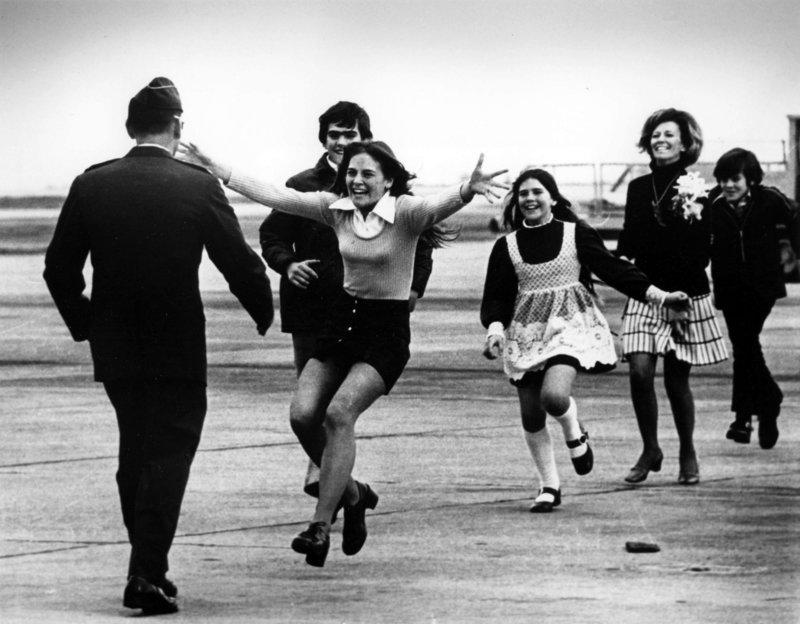 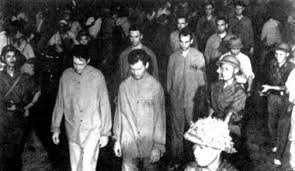 1LT (Join to see), I love your picture, it is images of the people coming home to happy reunions, especially the ones with the POW's returning, that made many of us in this country feel better about the war ending.
(2)
Reply
(0)
SFC Charles S.
>1 y
SPC Charles Brown those are some great photos also... I remember watching the Return of all of the POW's on TV and their loved ones running to greet them. Powerful.
(1)
Reply
(0)
8
8
0

SPC (Join to see)
Posted >1 y ago
I really appreciate the picture of Gen. Nguyen Ngoc Loan in what has been called the "Saigon Execution", I took a History of the Vietnam War in college, and learned about the back story of the picture.

The man being executed is Vietcong Nguyen Van Lem, he had just be caught going through Saigon and murdering civilians and families. Gen Nguyen Ngoc Loan took him in the street and shot him. The photographer has since regretted taking and releasing the photo and has even said that:
"Two people died in that photograph: the recipient of the bullet and General Nguyen Ngoc Loan. The general killed the Viet Cong; I killed the general with my camera. Still photographs are the most powerful weapons in the world. People believe them; but photographs do lie, even without manipulation. They are only half-truths. … What the photograph didn’t say was, ‘What would you do if you were the general at that time and place on that hot day, and you caught the so-called bad guy after he blew away one, two or three American people?’ This picture really messed up his life. He never blamed me. He told me if I hadn’t taken the picture, someone else would have."
(8)
Comment
(0)
show previous comments
PO2 Ron Burling
>1 y
I had also known "the back story" and appreciate the commentary. I first deployed to RVN in '67, returned to CONUS to stay in '69.
(1)
Reply
(0)
SPC (Join to see)
>1 y
Thank you to those who served in Vietnam. I have always been a Military History nerd, and Vietnam is one of my favorites to learn about. There was a level of character there for those that served during that time; y’all did what had to be done... knowing that no matter what, the media and back on the home front you were weren't going to have the support.
(1)
Reply
(0)
PO2 Barry Baker
>1 y
That picture is also the most memorable to me. It speaks of many things including,
the sudden switch from calm to violence. It shows the brutality of killing and the totality of death. It leaves the observer with shock and a profound sadness in their fellow man.
(1)
Reply
(0)
SGT Robert Pryor
>1 y
SPC (Join to see) - While what you wrote is basically true, it leaves out some key facts:
1) General Nguyễn Ngọc Loan was not in the Military. He was chief of the Vietnamese National Police. So his actions were essentially those of a COP, as a COP, not a Soldier. The media tends to leave that fact out or gloss over it and hope the public does not notice, in an obvious effort to enhance their anti-military goals.
2) Nguyễn Văn Lém was not in any sort of military or national armed forces' uniform, equaling him to a spy, terrorist or common criminal. You just can't go around murdering innocent civilians and claim you're part of a rebellions so it's all good. Otherwise every murderer the would over would use that as their defense. As such, he was not entitled to protections afforded by the Geneva Conventions -- especially in the hands of a civilian, not the military.
3) General Nguyễn Ngọc Loan had just been informed that, in addition to other innocent civilians murdered by Nguyễn Văn Lém, the murderer had just killed Gnberal Loan's friend Lt. Col. Nguyen Tuan, his wife, their six children and Tuan’s 80-year-old mother.
4) Obviously law enforcement officers are not allowed to summarily execute prisoners,, However, I, a civilian killed a murderer, I would not be charged with a crime here in Texas because we are allowed to use deadly force on felons during the commission of a crime (the guy was in the process of going around Sài Gòn murdering innocent people), or fleeing felons. Obviously I'd have told him to run or spit in his face so he flinched -- then blown his ass away. That's why we have such a low crime rate here. Criminals are not coddled as they are in other states. The police, the District Attorney or a Grand Jury would have simply found that, "He needed killing."
5) Nguyễn Văn Lém needed killing.
PO2 Ron Burling CMDCM Gene Treants PO2 Barry Baker SMSgt Dan Powell SFC Charles S. CPL Brendan Hayes SPC Jeff Daley, PhD Lt Col (Join to see) SrA Nathan Roberts
(0)
Reply
(0)
7
7
0 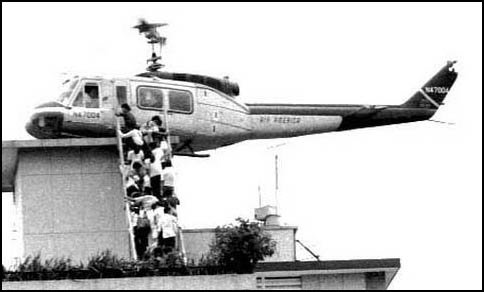 
"Stationing himself next to a ladder leading onto the roof, Mr. Harnage tried to help the Vietnamese families up. But the first man who appeared, Mr. Harnage recalled, was a Korean who was hysterical and Mr. Harnage punched him out of the way to maintain order. The Huey, the workhorse of the American effort in Vietnam, normally carried about eight passengers, but Mr. Harnage jammed in as many as 15 Vietnamese, and jumped on the helicopter's skid, standing in the open doorway as it flew to Tan Son Nhut on the edge of the city."

"Mr. Harnage, who was later awarded [the CIA Intelligence Star], made four or five of these flights to the air base, where larger Navy or Air Force helicopters ferried the families to ships waiting in the South China Sea."


Thomas Polgar, the Saigon station chief for the C.I.A., helped in coordinating these final evacuation efforts.

Just before Mr. Polgar destroyed the cable-sending machine the agency had used to communicate, just before he boarded a helicopter himself, he took a moment to type a last dispatch.

“This will be final message from Saigon station,” Mr. Polgar wrote. “It has been a long and hard fight and we have lost. This experience, unique in the history of the United States, does not signal necessarily the demise of the United States as a world power.”

“The severity of the defeat and the circumstances of it, however, would seem to call for a reassessment of the policies of niggardly half-measures which have characterized much of our participation here despite the commitment of manpower and resources, which were certainly generous. Those who fail to learn from history are forced to repeat it. Let us hope that we will not have another Vietnam experience and that we have learned our lesson.”

He concluded, “Saigon signing off.” 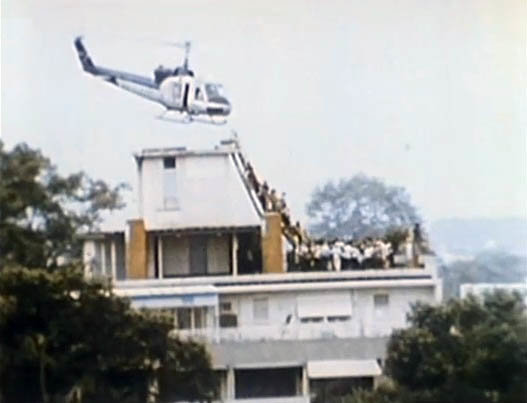