Who here has ridden a DOD Bus to a DoD school here or abroad? 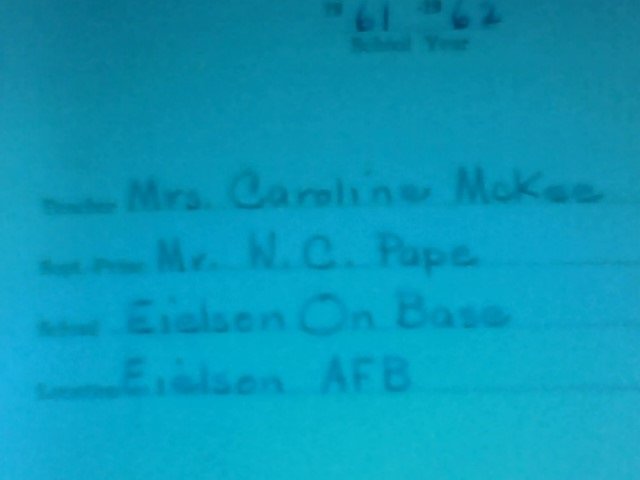 When I was in Kindergarten I went to a DOD school in Fairbanks, AK. The thing I remember the most was the cartoon characters on the doors of our buses. Mine fittingly was Donald Duck. I rest my case.

Have you ever ridden in a Military Brat Bus in your childhood and if so what do you remember about it?

I remember going to school one day and A 10 foot snow drift covered one side of the school. Incidentally, when my sister was born the temperature was -63 without a wind chill factor. I remember ice freezing as it approached the ground. Fun days I tell you.
Posted in these groups:

I rode plenty of them as both a dependent (family member) and while on active duty.

When I was stationed in Naples, Italy, military personnel with kids in the DoDDS schools had to take turns riding the bus to act as a "bus monitor" (to maintain order on the bus). I dutifully performed this duty, as scheduled, and actually later became the "Bus Captain", which, in effect, made me responsible for scheduling monitors, etc.

One day, as I was preparing to perform my duty as bus monitor, my son, who was in the 10th grade at the time, commented that people hated it when I was the bus monitor. He stated that they told him that I "acted like an MP" and had too many rules on the bus, whereas others did not. I told him... "Duh, I am an MP."

I guess they did not like that fact that I did not allow them to sit where they wanted, instead, making them fill in the seats, front to rear, as they got on the bus. I also did not allow loud music, throwing things, loud noise, etc. Made sense to me, but I guess I can see their point. As I recall, when I rode the bus as a dependent, it was a free-for-all and it was a wonder half of us got to school in one piece. Classic case of do what I say, not what I did... :-) :-)
(0)
Comment
(0)
Show More Comments
Read This Next
RallyPoint Home