The Battle of Bear Valley was a small engagement fought in 1918 between a band of Yaquis and a detachment of United States Army soldiers. On January 9, 1918, elements of the American 10th Cavalry Regiment detected about thirty armed Yaquis in Bear Valley, Arizona, a large area that was commonly used as a passage across the international border with Mexico. A short firefight ensued, which resulted in the death of the Yaqui commander and the capture of nine others. Though the conflict was merely a skirmish, it was the last time the United States Army engaged hostile Native Americans in combat and thus has been seen as one of the final battles of the American Indian Wars.

The link below is has more detail. 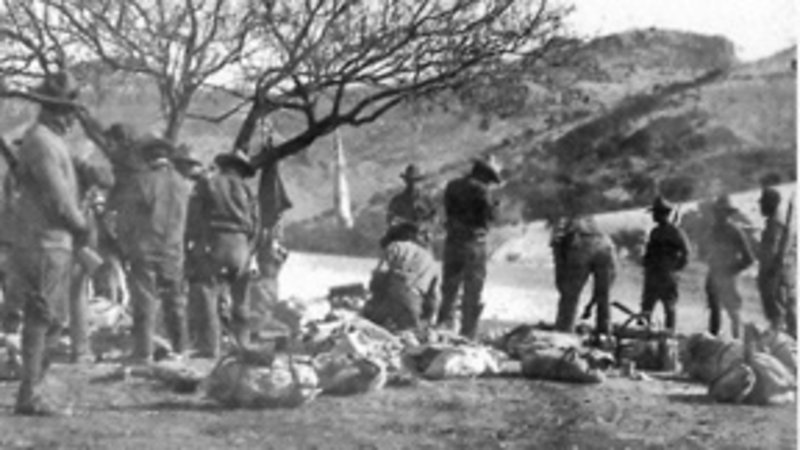 Posted from en.wikipedia.org
Posted in these groups: State of Arizona

Erin Nelson
Posted 4 y ago
Interesting Side Note - The Yaqui are the only “non-native” Indians in Arizona.
While they may not have been considered the fiercest of nations they certainly were a force to be reckoned with.
https://truewestmagazine.com/were-the-yaqui-indians-the-most-fearsome-warrior-tribe

Were the Yaqui Indians the most fearsome warrior tribe?

What do you think?