CPT (Join to see)
2.93K
32
11
10
10
0
It's great that mental health services will be made available for "new" vets. With a reported suicide of 20+ vets a day we need something in place to change the tide. My concern however is the terminology "new vets". There are many who are still struggling with their demons from previous deployments and wars, they also need access. COL Mikel J. Burroughs 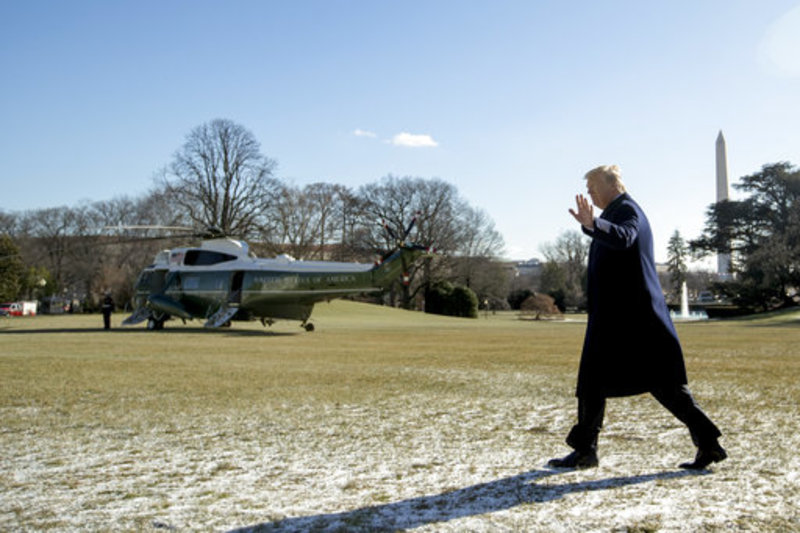 Posted from militarytimes.com
Posted in these groups:

LTC Stephen F.
Posted 4 y ago
Thanks CPT (Join to see) for letting us know that President Donald Trump signed an executive order mandating new mental health options for recently separated service members on Tuesday January 9, 2018.
Federal officials estimate about 20 veterans a day nationwide take their own lives, but outside advocates say they believe that number could be even higher. The departments of Veterans Affairs and Defense have launched numerous initiatives in recent years to increase outreach to at-risk veterans, with mixed results.
The new executive order will require the Department of Veterans Affairs, the Department of Defense and the Department of Homeland Security within 60 days to establish new plans for “seamless mental health care” for troops leaving the military services.
"Once written, the agencies will have another six months to put the new reforms into place.
The plans could include expanded VA health services, extended access to Defense Department resources, more availability for care in the private sector, or some combination of all of those options.
White House officials familiar with the new order said the plans are also expected to include changes to the military’s post-service transition programs, to put a bigger emphasis on mental health care importance and availability."
Thanks for mentioning me COL Mikel J. Burroughs
FYI LTC Stephen C. LTC Thomas Tennant MAJ (Join to see)Capt Seid Waddell CW5 (Join to see) SGM David W. Carr LOM, DMSM MP SGT 1stSgt Eugene Harless SFC (Join to see)SFC William FarrellSSG Leo Bell SSgt (Join to see) Sgt Joe LaBranche SrA Christopher Wright PO3 Steven Sherrill PO1 John Miller LTC Wayne Brandon SGT Charles H. Hawes
(2)
Comment
(0)
2
2
0

COL Mikel J. Burroughs
Edited 4 y ago
Posted 4 y ago
CPT (Join to see) You bring up a very good point about all the past and current veterans suffering that can use this help. This order is not taking into consideration our current population of over 22 million veterans. Even though it's concentraing on the first 12-months of transition after a service member leaves (which is great), we have so many veterans that are well past the 12-month transition period that are suffering. We need focus on those veterans as well. This is a great order and will cost the VA Budget about $200 Million to implement, but again what do we do about those that are suffering now across this country that have been out for 2 - 50 years?

SPC Margaret Higgins
Edited 4 y ago
Posted 4 y ago
CPT (Join to see): One suicide per Veteran per day: IS WAY TOO MANY VETERAN SUICIDES PERIOD.
Michelle, I would just like to remind everyone that I am the coach of my: 'Group for Suicidal Active Duty and for Suicidal Veterans' on Facebook.
The link to said group is as follows:
http//:http://www.facebook.com/groupforsuicidalactiedutyandforsuicidalvererans
Please, anyone who needs to: click on the above link to 'Like' my group.
I would be very much obliged.
Most, Most Lovingly-
Margaret C. Higgins U.S. Army Retired: Coach
P.S. The correct link is as follows: http//:http://www.facebook.com/groupforsuicidalactivedutyandforsuicidalveterans