Capt Gregory Prickett
2.6K
98
43
5
5
0
For those Trump fans who don't think that the investigation is yielding any results, here you go. The rest of us know that you'll ignore it, excuse it, and make bogus claims of fake news. 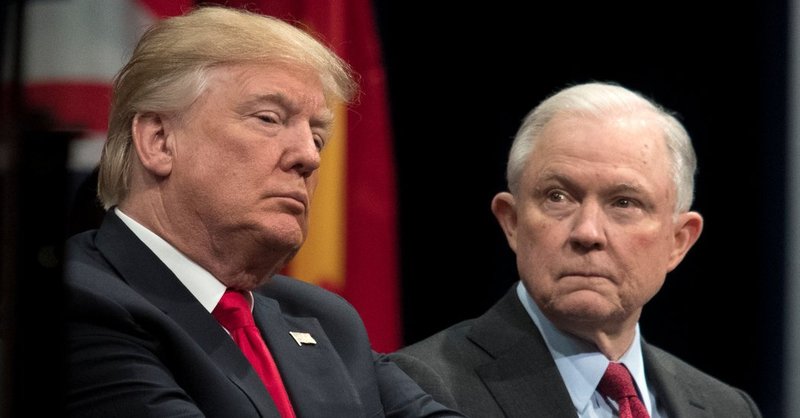 Posted from nytimes.com
Posted in these groups:

Office of the President (POTUS)

LTJG Richard Bruce
Posted 4 y ago
There is still no publically released evidence of the President doing anything that is outside his authority.
(11)
Comment
(0)
show previous comments
MSgt Steve Sweeney
4 y
Cpl Jeff N. - Wow... one whole Alan Dershowitz has an opinion? And he taught at Harvard? Well..... What was the date on that again?

I very much appreciate the appeal to authority fallacy you are running with there, and you are certainly free to believe what you like. I don't suppose you recall a time when the claim was absolutely no Russian contact... but now it's "collusion isn't illegal". Sounds exactly like what an innocent person would say. If you are cool with the parade of nonsensical things that have come out of this administration that turned out not to be true, and integrity is not something that is important to you... I mean, you can always point to the one line about keeping your doctor to justify your support of presidential lies.

Though maybe you don't know your history... Nixon wasn't going to be impeached for the Watergate break in. He was going to be impeached for the cover-up. But hey, if you are okay with your president engaging a hostile foreign power... a foreign adversary we know engaged in a state level psyop campaign against the United States.... We do know that the only platform change the Trump admin demanded at the GOP convention was to remove language critical of Russia in the Ukraine... and that Trump's campaign was run by an individual with deep Russian ties, who later registered as a foreign agent. And then there was the guy he appointed as National Security Advisor... both were later fired because apparently Trump does NOT pick the best people... just another one of TRump's lies that you, no doubt, believed. Maybe you were just happy because with all the Russian trolls on social media, you had more friends and finally found kindred spirits and people just like yourself.

Or how about the time Trump was with the Russians in the Oval Office... no U.S. media or advisors, but Russian media was welcome apparently. Or meetings with Russian agents at Trump Tower? I bet you think they discussed Russian adoptions. All these now known Russian contacts... just a big coincidence. Can't hold up the "no Russian contacts" lie, so lets shift to "collusion is not a crime".... Yeah, that's the ticket!

And as for the obstruction of justice... How about the firing of the head of the FBI... allegedly for how he treated Hillary Clinton (until Trump in his own words made it clear why he was fired)... and now they are installing their own people at the head of the FBI, and the FBI is turning over the personal texts of their own agents. Did you get that? Not FBI related texts... personal texts... so much for the 4th amendment. And if personal texts are an indicator of bias, wouldn't active participation in a campaign be perceived as favorable bias? ... but the knucklehead running the House "investigation" was a staunch Trump supporter and participated in his campaign... but apparently that bias doesn't bother you. Soon they will get rid of Trump's pick for AG, because he recused himself when his Russian contacts were exposed and won't be able to "defend the President". Or how about the outright effort to discredit the Mueller investigation... an investigation that would fully exonerate the president if he did nothing wrong... plenty there that could be considered knowledge of guilt.

There is a ton of stink coming off this White House that only the most ardent sycophant could stomach. You have fun lying down with those dogs. Eventually, sooner or later, it will all come out. Trump may be caught in it, or maybe he won't, but the truth will eventually come out ... and you can live with the knowledge that you supported this corrupt regime. Heck, you may even be proud of it, comrade.
(1)
Reply
(0)
MSgt Steve Sweeney
4 y
MSgt Robert "Rock" Aldi - Strange how you will put that out there as some indication of wrongdoing by the Clintons, and then turn around and say there is no evidence of your orange buddy doing anything wrong. It is almost as if you have an entirely different standard for the corruption of people you feel are on your "team". Party before country.
(1)
Reply
(0)
MSgt Robert "Rock" Aldi
4 y
"I'm not going to have some reporters pawing through our papers. We are the president."

You have also, once again, misused a logical fallacy argument against Dershowitz. He is an authority that has been used over his career as an expert in this area of law. You may choose not to believe him or agree with him but almost any court of law would consider him an expert witness in this field. Using an authority on a topic is not necessarily a logical fallacy. That is not what the "appeal to authority" fallacy means. Back to class for you Steve.

A meeting in the oval office when he is president is not an evidence of anything. He can meet with whomever he likes as president and in the condition he wishes to do so. What law was broken there Steve? I bet you don't have one.

The head of the FBI serves a the pleasure of the president. He can be fired for any reason or no reason. That is how serving at the pleasure of the president works. You see Steve, Trump does get to appoint people he likes in positions he appoints. BTW, the new head of the FBI is a career FBI guy so what is the concern again? Any texts or emails an agent puts on a work device by default are government property. They did not violate anyone's privacy rights by obtaining and/or releasing texts or emails done on government devices. Your sea lawyer degree is really failing you Steve.

Has Mueller been fired? Did I miss something? The lone bringing discredit on Mueller right now are some of the people on his team. We've been over those removed from positions already. Trump didn't remove them, Mueller did.

I don't trust the Russians any further than I can throw them. I was one of those folks that served when the USSR was still in full force and lined up to destroy is indirectly through proxy wars or directly with conventional war in Europe or nuclear war if necessary. Your childlike comrade remarks might make you feel clever but you only look like a rube using them like a schoolyard name caller. Your argument is weak so you resort to the comrade garbage.
(0)
Reply
(0)
9
9
0

CPT Jack Durish
Posted 4 y ago
How many disappointments can you stand? You guys get all excited at every "break" in the case. I wonder when you'll just keel over in a fit of apoplexy at all those disappointments that follow, or do you just ignore them and dwell on the next "break"?
(9)
Comment
(0)
show previous comments
LTC David Brown
4 y
MSgt Steve Sweeney - looking for advice? Will stay calm, chin up and move forward...
(1)
Reply
(0)
MSgt Steve Sweeney
4 y
LTC David Brown - How very British...
(1)
Reply
(0)
CPT Jack Durish
4 y
MSgt Steve Sweeney - Good point. However, I'm not emotionally invested in it the way some are in destroying Trump and his Presidency. Obamacare? It's dying a natural death. The removal of the mandate simply puts a punctuation mark on it, so that promise is being fulfilled. Hillary? I almost wish President Trump would pardon her and put a punctuation mark on that issue as well. Just as Ford pardoned Nixon, it would save the nation a lot of drama. And Hillary has been well punished. Her loss of an election during which she used every shenanigan to win: She stole the nomination from Bernie. She lied and cheated at every turn. Then she lost to a person that almost everyone deemed incompetent despite polls that were jiggered to show that she was winning handily. This loss is her ultimate punishment. And even if she were prosecuted successfully, what would be accomplished? The idiots who cry over her loss would rise up as mobs to protest her conviction and we would suffer even more drama. No thanks...
(0)
Reply
(0)
MSgt Steve Sweeney
4 y
CPT Jack Durish - Pardon Hillary for what? She hasn't been charged with any crime requiring a pardon. And of course you are not emotionally invested in exposing the corruption and incompetence of the current occupant of the Oval Office... just the opposite. You have demonstrated your emotional attachment to doing what you can to maintain the corruption and incompetence, as long as it appears to support your "team". After years crying about Hillary and endless smear and misinformation campaigns, can't even manage a single indictment, even with so much so called "evidence"... further indicator of an admiration of incompetence.

No, Obamacare is not dying a "natural death". It has been attacked since its inception simply because it was enacted under a Democrat administration... even though it was the most conservative plan that Democrats would by into, maintaining the role of independent insurance companies as insurance providers. The whole premise of an insurance mandate was born in the Heritage Foundation, and a key part of "Romneycare"... is it any wonder the Republicans didn't have any replacement after crying foul for more than 6 years? Of course I assume that, like me, you either have insurance through Tricare (government insurance) or through your employer. What do you care about the people who do not have the same access to insurance... it isn't your problem, is it?
(0)
Reply
(0)
8
8
0