Opinion: Hearing Justice Ginsburg In The Blast Of The Rosh Hashana Shofar

PO1 William "Chip" Nagel
257
10
5
6
6
0
The death of Ruth Bader Ginsburg adds another loss to a year that has already seen so many. 2020 has brought illness, isolation, financial struggles, and overwhelming fear. It's often felt like the hardest year many of us have ever known. And it's still months from being over.

But this weekend also begins 5781: it's Rosh Hashana, the Jewish New Year. And that number – 5781 – may remind us that humanity has suffered other plagues, famines, losses, wars and disasters for centuries before 2020.

The shofar, a hollowed out ram's horn that was an ancient trumpet, is sounded on Rosh Hashana. I found myself convinced last night, as Justice Ginsburg's death was reported, that this year the cry of the shofar horn somehow heralds her passing from this earth and this nation Justice Ginsburg strived so mightily and tirelessly to make more fair and kind. 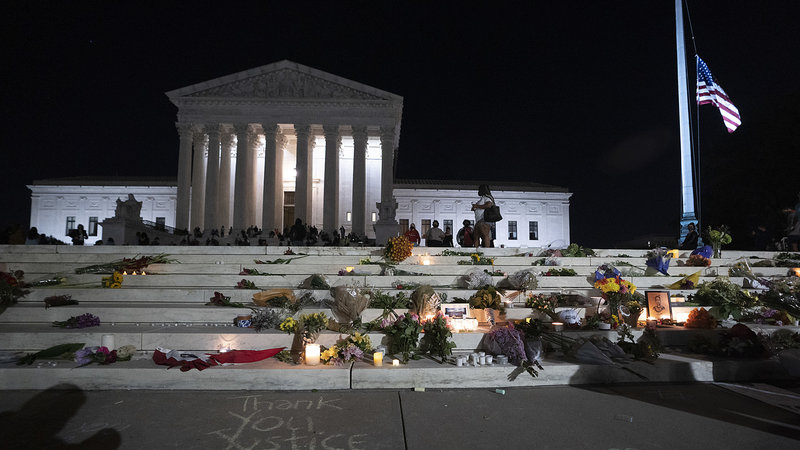 Opinion: Hearing Justice Ginsburg In The Blast Of The Rosh Hashana Shofar

Posted from npr.org
Posted in these groups:

CW5 Jack Cardwell
Posted 1 y ago
She should have stepped down years ago .
(2)
Comment
(0)
SFC (Join to see)
1 y
I agree. Just like some military people, sometimes people hang on for too long. Those are the ones who never learned to pass reigns to the next generation.
(1)
Reply
(0)
1
1
0