CPT Jack Durish
459
3
2
3
3
0
Substitute "California" for "Illinois" and the story is virtually the same. The really sad part is that We the People are the solution. We just don't seem to care to fix it. 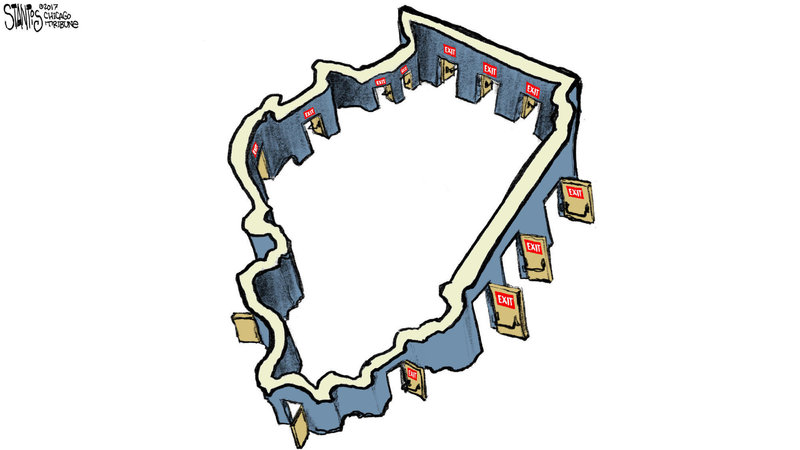 Posted from chicagotribune.com
Posted in these groups:

MCPO Roger Collins
Posted 4 y ago
Reminds me of the joke, a man goes to the Doctor and says his arm hurts when I raise it. Doctor says don’t raise it.

Insanity: doing the same thing over and over again and expecting different results." - Unknown quotes from BrainyQuote.com.
(0)
Comment
(0)
0
0
0

SMSgt Dr. G. A. Thomas
Posted 4 y ago
Many thing must change for these two states. I loved living in Illinois but their rules and laws were too much for me. I had to pay utilities on my house when i was renting it out because the tenants wouldn't pay it. I paid utilities on two homes at the same time....ridiculous. I asked them why they don't shut off the power and they said it was illegal but I asked them why did I get notices that said they would when I lived there and returned from a TDY. They're answer was because I was the homeowner. I couldn't evict the tenants because that wasn't cause enough. However; they abandoned the house and neighbors told me and that's how I found out.