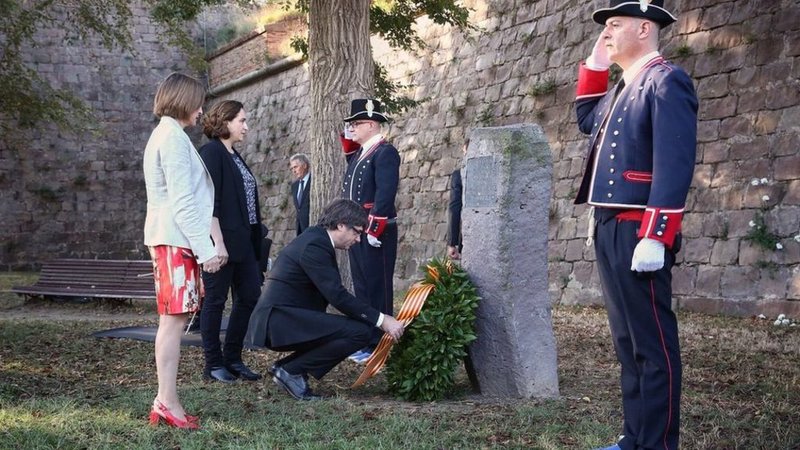 Posted from bbc.co.uk
Posted in these groups:

SFC (Join to see)
Posted 4 y ago
Sgt Wayne Wood thanks for the situational read/share on Spain my friend:
Carles Puigdemont and other senior politicians paid tribute in Barcelona to a Catalan politician who was executed under Franco in the Civil War.

He said his government was "against aggression and against imposed rule".

Spain has given him until 10:00 (08:00 GMT) on Monday to clarify whether he has or has not declared independence.

If he confirms that he has, he will have until Thursday to withdraw the declaration or Catalonia, which has substantial autonomy, faces the prospect of direct rule from Madrid.
(0)
Comment
(0)
Read This Next
RallyPoint Home