President Trump on Monday insisted his team did not collude with Russia, adding that alleged crimes committed by former campaign chairman Paul Manafort occurred “years ago.”

In a pair of tweets, the president said the charges against his ex-campaign chief were related to his actions before he “was part of the Trump campaign” and asked “why aren't Crooked Hillary & the Dems the focus?????"

"Also, there is NO COLLUSION!" he tweeted.

Sorry, but this is years ago, before Paul Manafort was part of the Trump campaign. But why aren't Crooked Hillary & the Dems the focus?????

— Donald J. Trump (@realDonaldTrump) October 30, 2017
The tweets were Trump’s first response to the charges filed by special counsel Robert Mueller, a significant escalation of the Russia probe that has cast a cloud over Trump’s presidency.
Read more at http://trumptrainnews.com/articles/trump-comes-out-swinging-after-manafort-indictment#FhZZEciD6rHx6Xup.99

Posted from trumptrainnews.com
Posted in these groups:

SSG (Join to see)
Posted 4 y ago
It could be or it could be an attempt by the media to deviate attention from the Uranium 1 deal (scandal/whatever), the scandals in Hollywood (rape/pedophilia), and/or the Trump Dossier (mind you that started this whole investigation) being funded by DNC/Hillary.

Honestly, there's a lot of smoke and mirrors here and I don't think knee jerk reactions are going to help.
(3)
Comment
(0)
3
3
0

1SG Alex Larson
Posted 4 y ago
Seriously, many of you commenters are missing or ignoring the big picture: Obama, Clintons both, FBI, Russia, Clinton Foundation, and uranium, all going down before Trump ever even announced his candidacy. Why can't you people let go of your anti-Trump prejudices, and seek the truth? Most corrupt Administration in US history, right there in front of your noses, but you refuse to see it so that you can continue to advocate the liberal agenda of redirect, subterfuge, and obstruction. Sad.
(3)
Comment
(0)
SSG Jessica Bautista
4 y
We've had a republican majority for how long? All that other stuff can get their own special prosecutor. This one is about Russia. If he had nothing to worry about, he could let Mueller finish his work and be done with it.
(1)
Reply
(0)
MCPO Roger Collins
4 y
And be prepared to be attacked for even stating that. The haters be haters, regardless of their hypocrisy.
(2)
Reply
(0)
SSgt Ray Stone
4 y
Ha, you wish the Clinton /Uranium right wing talking point has been debunked. You would be aware of that FACT if you'd quit watching FAUX NEWS and listening to conservative radio.
(0)
Reply
(0)
SSgt Ray Stone
4 y 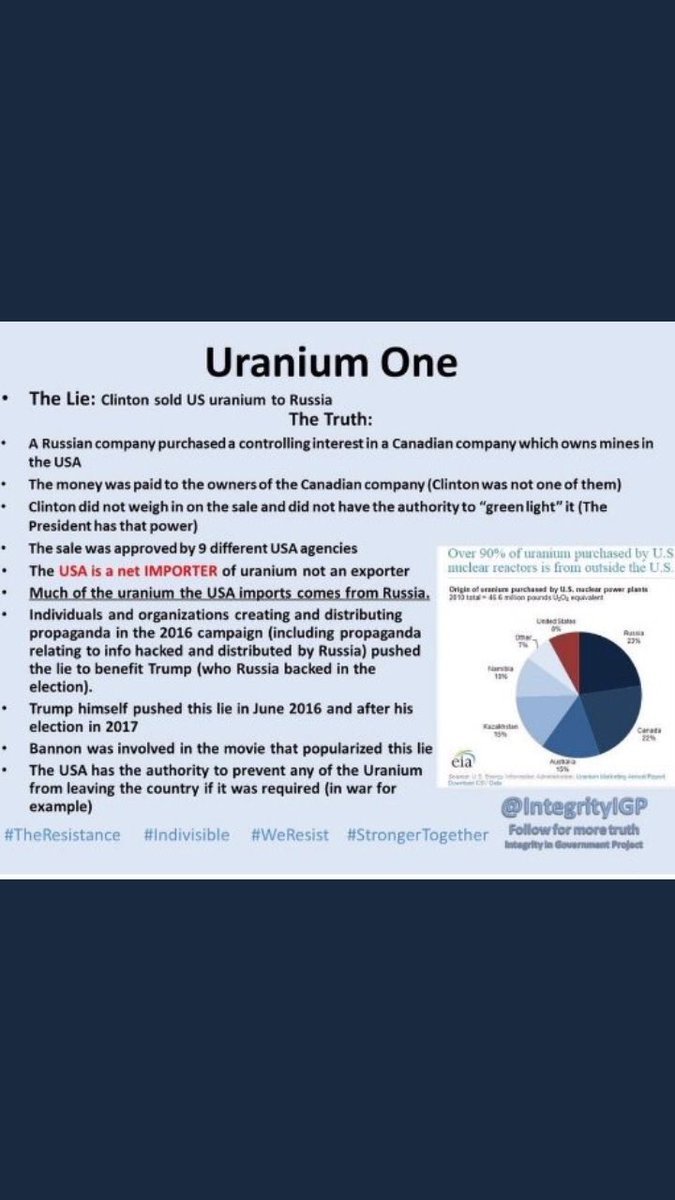