1. On passing of friend Sen. John McCain, traveled annually to Munich conference together,

"Senate misses presence of John McCain... John McCain could be counted on", in past "People talked across the aisle, defense left out of politics.

2.  Delay of military aid to Ukraine,
"In past Congress has held tenaciously to Power of Purse".

4. Interference by Commander In Chief in military criminal justice: "Previously they respected Military Code of Justice"

5. On Value of Government: "Government is how things get done that would not without government".

6. On recent high turnover of government leaders:
"Need Professionalism to win wars, to be good at anything".

7. On Russian President Vladimir Putin, "Thwarts us everywhere...is a KGB guy...tells you exactly what he is thinking...engagement ok...has Screw America on his ToDo list."

8. On President Trump canceling war games in South Korea, "Not a fan", wants our adversaries to watch, "They need to know that if they start a war they will lose."

9. On Benefits of allies, "Allies are Force Multipliers, builds resources, some are really good"  Provide 50% more resource then US going alone.

10. On Arms Control Agreement expires in June, "This is last remaining arms agreement".

11. On Dealing With Adversaries: "Try to find where you agree, work on that"

13. On removal US troops from Syria, "Wrong thing to do".

14. On hearing about longstanding conflicts "Got to get out itis...visit the military hospitals" and talk to those recovering.

15. On supporting local forces in Iraq to fight for Roca and Mosul. "Never fight an enemy on their terms".

16. On Dayton accords, "Negotiations start when all parties are tired of fighting".

17. On Taliban some think "Taliban is tired of fighting, remember what they stand for".

18. Value of Allies, "Worried about alliance relationships, our friends tend to be democracies".

19. On New Technologies for the Military, "Be there first with most"

20. On Nuclear Weapons:
"Never took my eye off. One weapon is so destructive, we are making material that does not exist in nature, with half life in thousands of years...very expensive".

"Inside the Five Sided Box, Lessons from a Lifetime of Leadership in the Pentagon".

Ken Kraetzer is Executive Director of Post 135, White Plains based Sons of the American Legion Radio, since 2009, hosts SALRADIO Report every Monday at 2:30 PM on WVOX 1460 AM New Rochelle, NY. 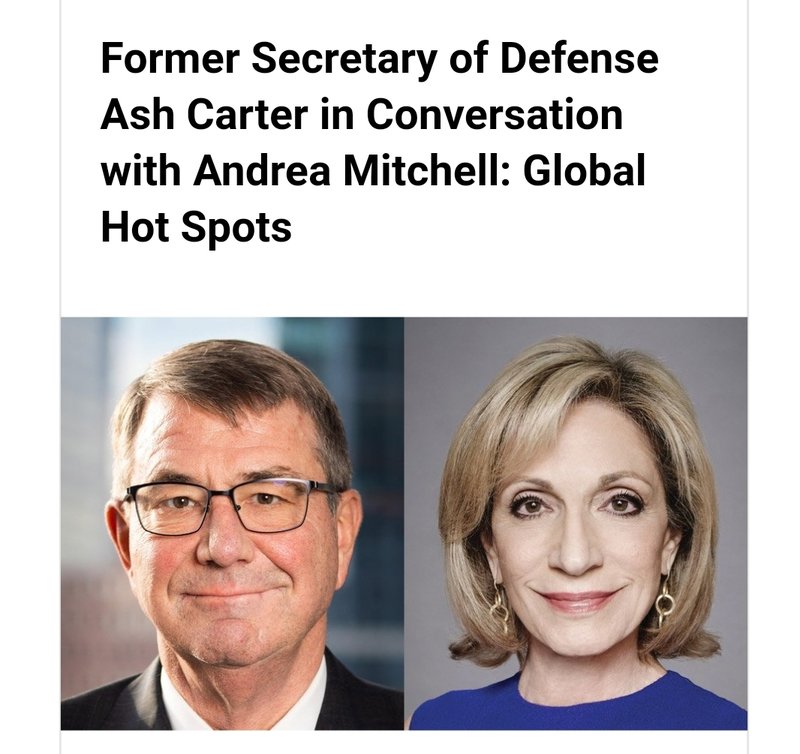