AR 670-1: What is your reaction to the newest changes?

SFC Joe S. Davis Jr., MSM, DSL
51.1K
1.66K
634
37
37
0
<14px;">, APPROVED, AND PUBLISHED!<br><br>2. New revision of the regulation will define the following terms: eccentric, faddish,conservative, inconspicuous, unsightly, hair braids/plaits.<br><br>3. AR 670-1 will be a PUNITIVE order in the new regulation. &nbsp;<br><br>4. Sideburns will not extend below the top of the ear. &nbsp;<br><br>5. Soldiers will be clean shaven on AND off duty (even during leave).<br><br>6. Female and Male hair grooming standards will become more restrictive and better defined(I'll have pictures for you at MHS).<br><br>7. Females will be allowed to put their hair into a pony tail during PT.<br><br>8. Males will be prohibited from wearing cosmetics to include nail polish, females may wear cosmetics conservatively, but can only wear nail polish in service, mess, or dress uniforms.<br><br>9. Females fingernail length will not exceed 1/4 inch, no fake nails, add-ons, or extensions will be authorized.<br><br>10. Tattoos will not be visible above the neck line when the IPFU is worn. Tattoos will not extend below the wrist line and not on the hands. Sleeve tattoos will be prohibited (this one will be grandfathered).<br><br>11. Soldiers will not walk while engaged in activities that require the hand salute (eating, cell phone use, smoking, etc.).<br><br>12. ACUs will not be commercially pressed; hand ironing of the ACU only will be authorized.</span></font></p><font color="#666666"><span style="line-height: 17px; font-size: 14px;"><p><br>13. Bags worn over the shoulder will only be black or the color print of the uniform i.e. ACU, without logos.<br><br>14. the new regulation will specify civilian clothes standards both on and off duty and both on and off post.<br><br>15. No visible body piercings on or off duty and on or off post, males will never be allowed to wear earrings. Ear gauging will be unauthorized.<br><br>16. No dental ornamentation or gold teeth will be authorized.<br><br>17. Soldiers will be authorized to wear authorized ballistic eye wear in garrison.<br><br>18. Officers will be authorized to wear non-subdued rank on their headgear in garrison.<br><br>19. Males will be authorized to carry black umbrella with ASU.</p><p><br></p><p>http://www.armytimes.com/article/20140307/NEWS07/303070021/Army-secretary-approves-new-grooming-uniform-regs<br></p></span></font><div class="pta-link-card"><div class="pta-link-card-picture"><img src="http://www.armytimes.com/graphics/ody/alticon.png"></div><div class="pta-link-card-content"><div class="pta-link-card-title"><a href="http://www.armytimes.com/article/20140307/NEWS07/303070021/Army-secretary-approves-new-grooming-uniform-regs" target="_blank">Army secretary approves new grooming, uniform regs</a></div><div class="pta-link-card-description">
Army Secretary John McHugh on Thursday approved a long-awaited revision to grooming and uniform regulations, according to an Army statement.
</div></div><div style="clear: both;"></div><div class="pta-box-hide"><i class="icon-remove"></i></div></div>
Posted in these groups: 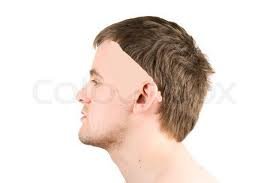 SGT (Join to see)
>1 y
Let's see we talk about being professional all the time in the military. But I have to ask? What is professional looking about this hair cut? I agree it looks very gang related. Not to mention it is just unappealing.  I am sorry, I would not want to see any soldier walk around looking like this.
(2)
Reply
(0)

SSG(P) (Join to see)
4 y
sorry but the sideburns issue... above the ear... I never had problems with the current standard... I have no plans on complying.... seriously, even as a little boy they were never above the ear. Is this reg legit?
(1)
Reply
(0) 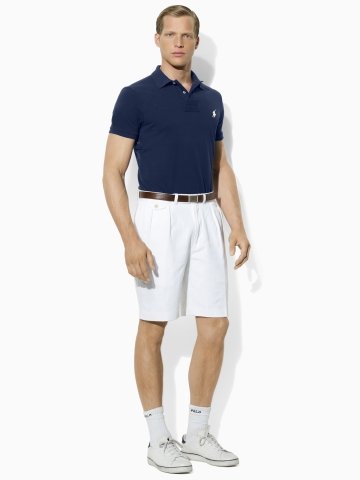 The new&nbsp;off duty uniform. If you're not a J-Crew model then it's time to start your ACAP.
(42)
Comment
(0)
show previous comments

SSG (Join to see)
6 y
Whoa! Pump the brakes! You're forgetting the standard brown leather boat shoes!!! Unless of course you're shooting a round of golf...which begs the question...Will Country Club Membership also be a requirement? ;)
(3)
Reply
(0)

SFC (Join to see)
Posted 6 y ago
There are a couple of things that I disagree whole-heartedly with if these are the final rules.
#5 Soldiers will be clean shaven on and off duty (even on leave) - I can understand in uniform, or heck, even on post and in civilian clothing, but off duty, off post, and on leave...? I think this is a ridiculous rule to establish. I should be allowed to not shave when on leave or during the weekend. What does establishing this rule accomplish?
#10 Sleeve tattoos will be prohibited. - I am glad that the standard changed from no tattoos below the knees or elbows, but I feel like this one is a BS rule. If it isn't extremest, offensive, sexist, etc., and it cannot be seen in the ASU, then why does it matter if I have a sleeve or a bunch of scattered tattoos on my arm?
#14 The new regulation will specify civilian clothes standards both on duty and off, on and off post - I disagree with this one also. As long as clothing is worn how it meant to be worn (no sagging pants to show underwear), andd that the clothing is not offensive, extremist, or sexist, then I don' think it is the Army's place to tell me what I should and shouldn't wear. I have heard rumors on this one, from dress slacks to collared, button down shirts. I think that when the Army gives us a civilian clothing allowance sufficient for purchasing "appropriate" civilian attire, then we should be able to keep on wearing what we choose.
Now, the rest of the rules, I actually like many of them and think they make a lot of sense!
(42)
Comment
(0)
show previous comments

The shaving thing really does not make any sense!!! If they are trying to get away from people having shaggy beards and an unprofessional appearance on post does that mean they are going to start requiring retirees, dependents and civilians to adhere to these same grooming and clothing mandates?! Or limit them from use of the Commissary and PX???

Obviously I make statements like these because they are just a ridiculous to enforce as the two additions to the Reg!! Unless of course you are still an unfortunate soul that lives in the barracks! Sorry....

SGT (Join to see)
6 y
I completely agree here. So long as SM is not wearing inappropriate clothing on or off post then I don't see what the problem is. How are soldiers supposed to relax during their off time if there is a damn "uniform" for off duty attire. This one I completely disagree with.
(2)
Reply
(0)

MAJ (Join to see)
6 y
So, if I take my sons' Scout troop backpacking at Philmont for two weeks, I have to shave the whole time?
(2)
Reply
(0)

SGT David A. 'Cowboy' Groth
>1 y
Totally agree with you on those two.
(0)
Reply
(0)
Show More Comments
Read This Next
RallyPoint Home