Do you have a mild to moderate traumatic brain injury from post-9/11 military service? 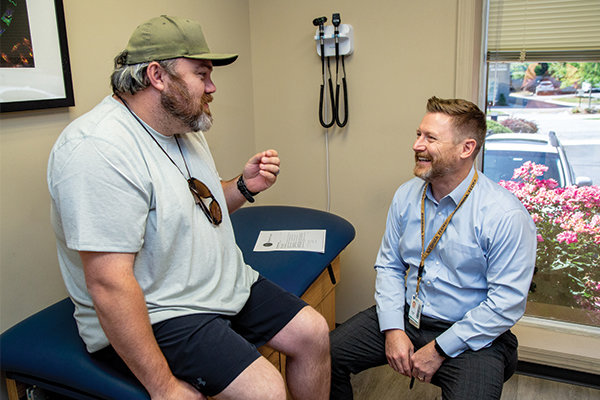 Comprehensive treatment is available at the SHARE Military Initiative at Shepherd Center in Atlanta. The program provides care at no cost to post-9/11 active duty service members and veterans with mild to moderate brain injury, concussions, along with post-traumatic stress or other mental health concerns.
Learn More
Posted in these groups:

LTC Patrick Mulloney
Posted >1 y ago
I had a TBI which lead to an are of my brain dieing in the area where my head hit the wall. I was on leave at the time I actually felt the effects. My wife and I thought it Bells Paulsy. Years later, after I finally got upset at the VA and the army. I was admitted for a TBI appointment. During the brain scan they found the area. The doctor told me it was an apparent TBI since that area was dead. When I submitted for service connection for the TBI the VA denied my claim stating that there was no proof in my records that I suffered a TBI. I was a reservist and am appalled at the way the army treated us. 2003, Spending a few months or on AD to get our gear and get us freshly trained up for our deployment into cz. When we redeploy we turn in our gear, get a few medical appointments, fill out our Post Deployment Medical Health Record, which in my case nobody ever read, since they didn't notify me about the TBI I suffered, or the PTSD and other physical trauma I went through. It felt as if each time I redeployed the army just kicked me out the exit door, with hardly a thanks and said see you at deployment in another 4 years. My reservist commanders were terrible. They had little to no idea how to care, lead, or manage since they had no AD experience. I had been AD for close to 5 years. The point at what I am getting at is our leaders from the President through the Top Army General down to the ranks of those who have lived the nightmare of being a reservist on AD (4 Combat tours) need to seriously take a look at how Reservist are treated and cared for AFTER redeployment. They should NOT allow anyone to be in command unless they have served a minimum of two years AD. The jealousy, and lack of integrity, and leadership skills of my 2003 and 2010 reservist commander almost ruined my career.
Patrick H. Mulloney
EN LTC (RET)
(5)
Comment
(0)

SPC James VandenHeuvel
Posted >1 y ago
I had an accident on the way to work at FT.Lewis WA. Motor pool a car came through my driver's door at about 70 I was left for dead then when I didn't die they gave me 10 hours to live but I didn't die I did get a major TBI broken hip internal bleeding and many other things ears and eye problems this happened in 1979 and I'm still work with a VA trying to get proper compensation.
(1)
Comment
(0)
Show More Comments
Read This Next
RallyPoint Home