How does an E6 have 6 service stripes? 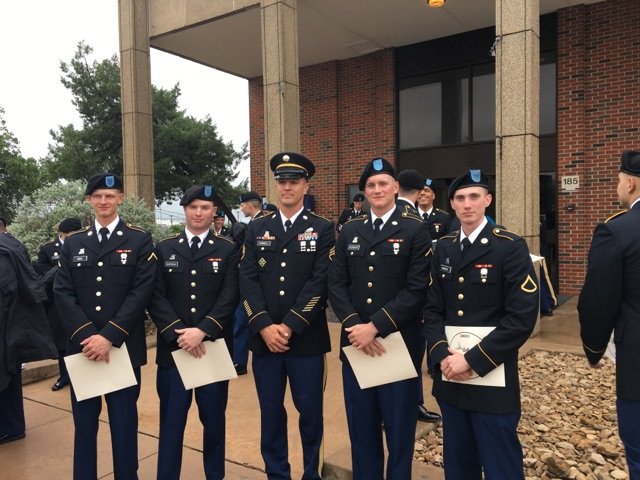 I'm just confused here. How does a SSG have 6 service stripes, that would mean he has been in for 18 plus years since each stripe represents 3 years of service. Any ideas?

Thank you,
PFC O'Hara
Posted in these groups:

SSG (Join to see)
Posted >1 y ago
This is just a dumb question. Seems like your trying to ruffle some feathers. Guy has 18 years in the Army. Most NCOs retire as a SSG. Nothing wrong with that. And to everyone saying he's gotten and article 15 or he's a POS. You're really going to start talking about another NCO like that to a PFC. I see exactly where the military has gone. This kid asked a simple question and people start insinuating the worst possible thing. Get over yourselves and help the PFC out he is obviously green and had a question.
(1.7K)
Comment
(0)
show previous comments

FN Charlie Spivey
28 d
I was in Touch with George Washburn until he passed. He was over there often. Turned the Boat basin into a Marina and of course the station has been remodeled with a smaller tower and a new Communications Tower. The Last Pic I saw of the 40569 was at Woods Hole and burned to a crisp. Yeah, that whole area has really blown up and there is a restaurant across the road from the station. I mutualed out to Lewes, Del. The main station was next to the Ferry. I was at Boat Haven. 6 of us running port & Starboard Liberty and living in a 65' x 14' Mobile home and running the boat calls. I do have a Photo of the Station I took when I was up there. I was on the walkway going to the docks and near the road, I think. I did get the LARC as well. George sent some pictures of the Crew, in particular, one blonde.
(0)
Reply
(0)

FN Charlie Spivey
28 d
CWO4 Laurence Dykes - - Oh, be happy you didn't get to be a Combat Coastie. I have lost a lot of shipmates; one was KIA and one of 7 Coasties on the wall. They are dropping from Agent orange related stuff. Nearly got me in '12. As it was, I flat lined 6 times (full cardiac arrest) and was on life support and being given a 0 to 10% chance at best of leaving the hospital.
(0)
Reply
(0)

CWO4 Laurence Dykes
27 d
FN Charlie Spivey - sounds like you’ve had more than your share of trouble.. I guess my only regret was such a large portion of the crew were sent. I had a very good career all but two units were Search and Rescue, those two were a lighthouse tour and 14 month isolated Loran tour in the Marshall Islands. I have made quite a few contacts with shipmates from most of my other units, but only you from CCC. Quite a few have crossed the Bar but I guess at our ages that’s to be expected. Here’s my email, I’ll send you the photos that I have of our time there. mrlaurenced @gmail.com
(0)
Reply
(0)

FN Charlie Spivey
27 d
CWO4 Laurence Dykes - Most of my time was spent on the Half Moon (WHEC 378). I was sitting in the Smoking area in Basic. Some guy came walking in and asking if there was anyone from Richmond, Va. I said I was. He was from over in the next County. I was in Kilo 58 and he was in Lima 58. We had the same first three Serial Numbers and I had 291 for the last three and he had 294. Have no clue who 292 and 293 were. After I mutualed to Lewis, I was sent TDY to CG base Glouster, N.J. for a week of dealing with the effects of NBC warfare. Ran into him there. He tells me he is heading off to EN school. Well, I am out on a Boat call in August or September. The station calls and says to ask Spivey if he wants to go to EN school. I said yes because I thought I did. Anyway, get up there and run into him again. I remember when he Graduated, he got his orders to the Half Moon and that last thing he said was "See you on the Half Moon". Well, it was a 16-week school and I had completed either 8 or 9 weeks. My grades were good, but I wasn't into it. I finally told the instructor. To be honest, I wanted to strike Aerographers Mate. Anyway, they finally said okay and then proceeded to send me to the galley mess cooking. My class graduated and I was still there. Got out of there in February and went home for a short visit. Mt orders were to report to Commander 3rd Coast Guard District at Governor's Island, N.Y. for assignment. I am in the transient barracks and the scuttlebutt comes in that the half Moon had been ordered to Deploy to Vietnam. I say that I have a friend aboard her and I guess I should get over there while I am still here. Before I get over there, I am called to Personnel and they slap my orders down on the counter for me to sign ............... CGC Half Moon. He and I Worked together in the same Engine room. We did a lot of Liberties together and Goyt out and came home together. Stayed in Touch over the years. AO got him as well. Like me, Multiple Heart attacks and eventually, Bladder Cancer. He did have a Pace maker / Defibrillator implanted, which I don't. He crossed the bar on 1 Dec. '19. His daughter called me about 30 - 45 minutes afterwards. I don't know how I ran back into George Washburn, but we were in touch for a long time. He lived in Sandwich.
(0)
Reply
(0)

CSM Richard StCyr
Posted >1 y ago
Or the poor guy is in one of those MOS that promotions are sloooooooow. Dude has a butt load of overseas bars so he wasn't dodging deployments.
(814)
Comment
(0)
show previous comments

SCPO Rev. Dr. Thomas Peavy
29 d
Thanks CSM. Your comment is spot on when it comes to and MOS. I was a Sp5, 91-G-20 in USAR back in the day and being promoted beyond E-6 at that time was a task. Re-upped as a Navy Corpsman since I had a prior Navy enlistment and found
advancement more open. No need to cast aspersions on someone without knowing their military history. Guy could have been like me with prior service or just in a dead end MOS.
(0)
Reply
(0)

SFC Dwight Beaver
29 d
I was in one of those MOS's. Hard to get promoted so I reclassed. Hundreds if not thousands retired as E-6 just in that mos
(0)
Reply
(0)

SFC Dwight Beaver
29 d
SFC (Join to see) i loved overseas duty. Had as many if not more overseas stripes as he has
(0)
Reply
(0) 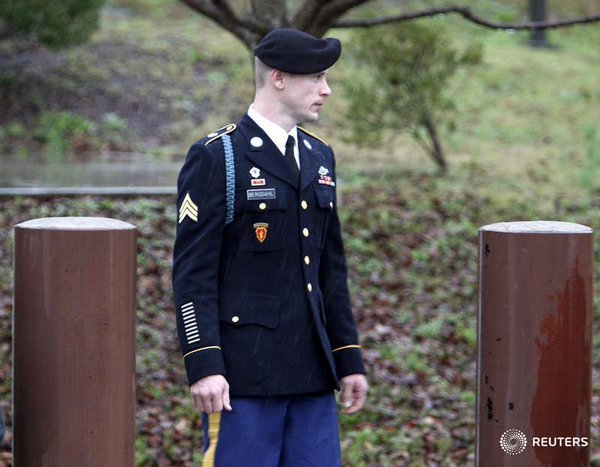 SPC Robert Henderson
1 mo
SSG Randall P. - And he lost them when he was successfully court marshalled, reduced to E-1 rank, fined, and dishonorably discharged for desertion.
(1)
Reply
(0)

MSG Richard Medina
28 d
That not the same SSG. One is infantry, the other is not. I couldn't expand the first pic to see his area of expertise other than being a SSG with many service stripes.
(0)
Reply
(0)
Show More Comments
Read This Next
RallyPoint Home