How much do you know about the Merchant Marines? 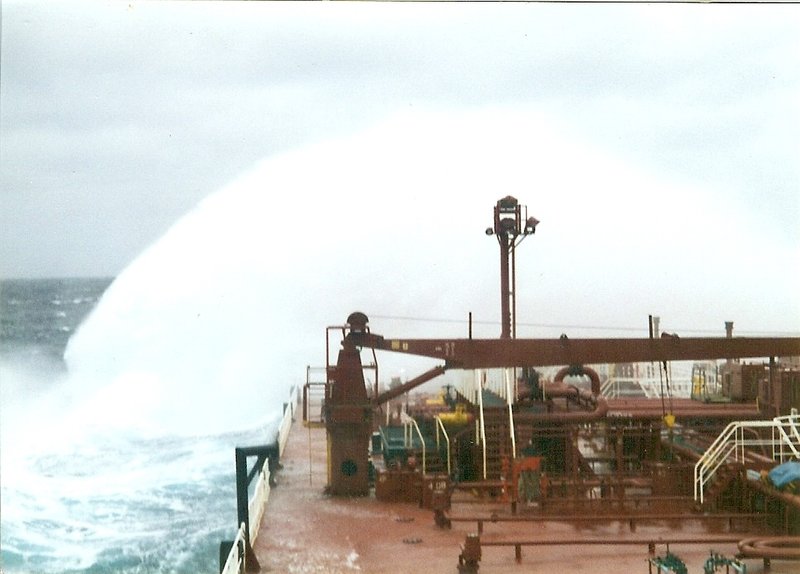 I had occasion recently to post my experiences as a Merchant Mariner, and it got me to wondering how other service members view civilian mariners, or if they give them any thought at all. Merchant sailors have served this country since it's inception, in peace and in every theater of war. Some interesting facts:

-- Merchant Marines suffered the highest rate of casualties of any of the services in WW2, 3.9%. Supply convoys were legitimate wartime targets. Next highest was the Marines @ 2.94%. (I'm NOT saying MM's are better than anyone else or any crap like that, so I hope not to offend anyone! It's just the sheer math of the thing.) Their losses are commemorated by several memorials around the country, including the Battery in NY, and the Navy-Merchant Marine Memorial in DC.

-- The Merchant Marine Academy is one of the five federal service academies along with West Point, USMA, USNA, USCGA, and USAFA. Graduates are required to commission, or join the reserves and sail as a Merchant Marine.

-- Every MMD holder (Merchant Marine Document) can be called to service in times of war, like it or not, just like military counterparts. I've not seen this happen, but I imagine it did during WW2.

--MM's today, both merchant and Military Sealift Command, continue to support our troops in every location they serve, by delivering timely supplies and materiel.

-- Crews on commercial ships are required to run weekly fire and casualty drills, just like their naval counterparts.

--Crews are highly trained (must be certified, in fact) in fire fighting, chemical spill containment, water survival, bridge resource management, cargo handling, and many other areas that you will find on their military counterparts.

-- A merchant Master's authority is as absolute as a Naval Captain's. I once saw a captain deny a process server permission to board simply because the Chief Mate didn't want to be served divorce papers, lol.

-- US flagged shipping is heavily regulated by, and answers to, the USCG. The Coast Guard provides federal authority and oversight over all US non-naval vessels. The CG also performs all port traffic control for all shipping entering and leaving US ports.

-- Crimes committed on ships are federal in nature. While rare, crews are human, and sometimes individuals make bad decisions. A miscreant can expect to be confined to quarters (shackled, even, if required) and met upon arrival by either the CG or US Marshals. Local LE authorities cannot board without permission like those agencies can. Not that a captain is likely to deny them if they had valid cause.

-- Unlike Naval crews, and with the exception of USNS vessels (which have much larger crews), even unlicensed (enlisted-analogue) crew members generally have their own stateroom.

-- A typical crew is 25-30, and on more modern ships, that number can be cut even more. And believe me, cheap-assed companies try to cut as much as they can. Fortunately, USCG steps in here -- there are minimum manning requirements.

-- Every vessel I've ever been on operates on 4-hour bridge and engineering watches, just like the Navy. So for his/her salary, a sailor owes the company an 8 hour day, and so typically (there are exceptions occasionally, called day workers) stands watch, for example, from 8-12 in the morning, and then 8-12 at night. And since you're bored, at sea, with nothing to do (and because this is where the big money comes in), you might work 4 hours of overtime from, say, 1pm-5pm.

--Since the advent of the Exxon Valdez spill, crews are limited by law to no more than 12 hours worked in a 24 hour period. Prior to that, it wasn't unusual to see guys wracking up 8 hours of OT per day.

-- Again until the Valdez spill, crews were allowed to have alcohol on board. Go figure. Some asshole drives his boat onto a reef (ask me about that, some time. There's more to that story than most people outside the industry know) and now none of us can imbibe!

Anyway, I just wondered if people were aware of MM's contributions to our country throughout history. My grandfather was a Naval gunner stationed on a merchant vessel (they did that in WW2), and since leaving the navy in '92 I've been a Mariner myself, so the subject is a dear one to me.
Posted in these groups:

CPO Jon Campbell
Posted 7 y ago
I came very close to going to Maine Maritime Academy. I did safety boardings for many years for the Captain of the Port of Charleston Marine Safety Office - now known as Prevention under the Sector system. I have several friends who are in the Merchant Marine. It is amazing how the job and the ships have changed in the last 30 years. There really is nothing like standing on the bridge of a massive container ship while it is underway. I have only ridden back and forth to the sea buoy either as an armed escort or as an inspection team member, so I haven't had the opportunity to sail over the horizon or spend weeks at sea. The food was always good though and the accommodations have certainly improved since WWII. It is amazing that such massive ships can have such a tiny crew now.
(10)
Comment
(0) 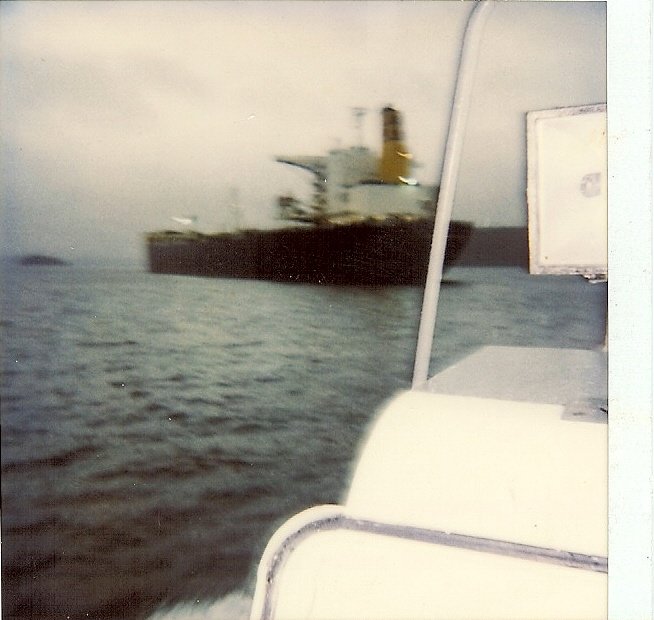 CPO Jon Campbell Chief, I've spent the majority of my career working on the super tankers that service the Alaskan Pipeline. Most of those ships have been larger, by deadweight tonnage, than aircraft carriers, so I know just what you mean! :)
(3)
Reply
(0)

LCDR (Join to see)
Posted 7 y ago
I didn't really know very much about them until I had the opportunity to deploy on a USNS and talked with a lot of the crew about it. It's a great service (don't even know if that's the right word?) and merchant mariners have done a lot for the country over the course of history.
(8)
Comment
(0)

SN Greg Wright
7 y
LCDR (Join to see) Commander, upon applying for an MMD, mariners agree to be available to be called upon during times of war. It's a condition of issuance of the document (which every mariner needs to work on US flagged vessels). So I'm also not sure if 'service' is the right word, but they can definitely be called to serve.
(3)
Reply
(0)

SN Greg Wright
7 y
LCDR (Join to see) Actually, come to think of it, they have their own service academy, King's Point, which is just like the Naval Academy, in terms of: upon graduation they are required to either commission or join the reserves and sail as an MM. So maybe it's safe to call them a non-uniformed service.
(4)
Reply
(0)
Show More Comments
Read This Next
RallyPoint Home