Is America's three-decade deployment to Egypt's Sinai Peninsula coming to an end? 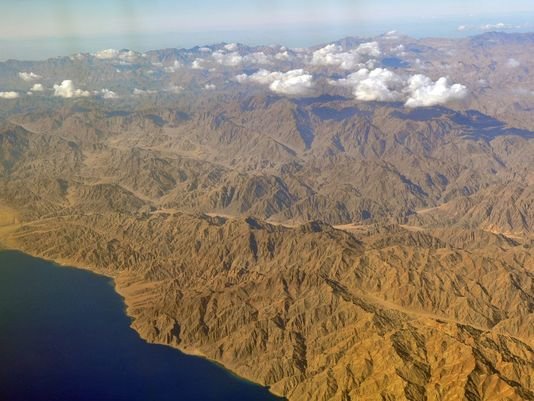 The Obama administration is quietly reviewing the future of America's three-decade deployment to Egypt's Sinai Peninsula, fearful the lightly equipped peacekeepers could be targets of escalating Islamic State-inspired violence. Options range from beefing up their protection or even pulling them out altogether, officials told The Associated Press.

The American forces have helped marshal peace in the peninsula since Egypt's 1979 historic peace treaty with Israel. Some 700 members of an Army battalion and logistics support unit are currently there. They mainly monitor and verify compliance, and have little offensive capability. Several other countries also provide personnel.

Egypt has battled militants in northern Sinai for years, but attacks against its military and police have expanded since the July 2013 coup of Islamist President Mohammed Morsi, with the Islamic State affiliate based in Sinai claiming responsibility for several large-scale assaults. Egypt's army under current President Abdel-Fattah el-Sissi is trying to snuff out the insurgency.

For the United States, the fighting is troublesome, centered in the heart of the volatile Middle East near key maritime trading routes and alongside the most durable peace yet established between Israel and an Arab state. And it risks putting the so-called Multinational Force and Observers in the cross-hairs.

Armed primarily with light weapons, armored personnel carriers and similarly limited materiel, the forces lack the capacity to take on Islamic State or other militants across the sparsely populated, desert territory. As a result, officials said, the Obama administration has been conducting an "interagency review" of the U.S. posture in the Sinai.

http://www.militarytimes.com/story/military/2015/08/18/us-weighs-more-security-withdrawal-option--sinai-forces/31942785/
Posted in these groups:

SFC Timothy Dutcher
Posted >1 y ago
Having served on the Sinai mission, it was always understood if Egypt and Israel decided to go back at it, the MFO would only serve as a speed bump anyways. Observe, report, verify. There were never any instructions to engage proactively. We were armed and our ROE allowed us to defend our observation posts, but the MFO mission is simply a buffer zone of international forces. There have always been terrorist groups of concern in the peninsula. Expand the buffer zone, continue to fortify north and south camps (they should be fortresses by now), and utilize technology to actively take over some of the observing mission. The mission has worked so it shouldn't be abandoned, but it is time for an overhaul. I am not going to go into specifics about where some changes would be most beneficial, but there are plenty of people being paid a lot of money who should be seeing this better than some guy sitting in North Dakota.

By the way, when I was on the mission, it was still active army infantry battalions rotating through there. Even though it was the height of terrorism groups in the Sinai in the 90s, it was a great deployment. Spent a lot of time in Herb's Gym and at Herb's beach. Drank a lot of beer and played a lot of sports with the Fijians. Had a lot of time to work on some very focused squad level training. When there was a chance to travel, got to see places people only read about in the bible.
(8)
Comment
(0)

SFC Mark Merino
Posted >1 y ago
Lightly armed but have CAS on speed dial. I would not pull them out. It benefits the entire world to ensure that terrain remains clear.
(5)
Comment
(0)

LTC John Shaw
>1 y
SFC Mark Merino Agreed, this multi-national mission allows observation and prevent the Sinai from becoming a completely lawless area/extension of IS. The Egyptian's need to maintain control and having the MFO there gives them a reason to remain positioned near Gaza.
(2)
Reply
(0)

LCDR (Join to see)
Posted >1 y ago
This is a touchy subject. I never like us leaving somewhere because we "could be targets of... violence." It seems contradictory. To a certain extent if we are in an area where we could be targeted it almost proves our need there. That said of course I don't want our men and women in undue danger with no foreseeable gain in sight. If we are there for a valid reason we shouldn't be scared off. If our purpose there has become irrelevant, we should leave, but without any reason associated with fear of the Islamic State. If we are still needed there AND in danger then we need to protect our forces there but remain.

It's a tough road and I can understand the complexity, but I always get a rotten feeling when I hear we are leaving somewhere that I know the conflict hasn't been resolved in.
(5)
Comment
(0)

MAJ David Wallace
7 y
Last time I checked, the US was a pretty good dealer of death and destruction. .. mission is important but our folks on the ground need to be supported with overwhelming firepower so that any aggressor knows we are there and not to be screwed with. With a more stable and western friendly government in Egypt these days, Israel and Egypt both face a common enemy in the Muslim Brotherhood and ISIS. Good to see former enemies working towards a common goal. Now if we could only get POTUS to fight Islamic terrorism .......
(1)
Reply
(0)
Show More Comments
Read This Next
RallyPoint Home