Is Global Warming an immediate threat to national security? 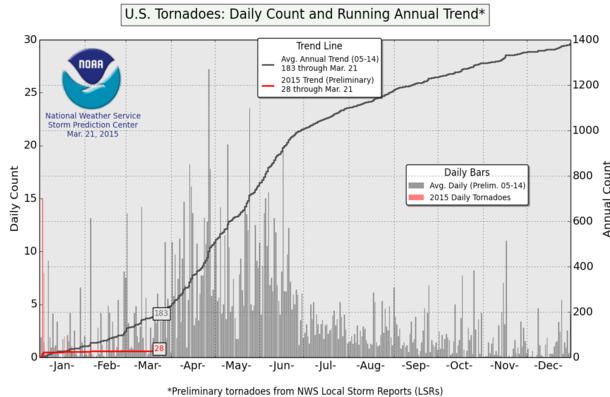 Climate change will affect the Department of Defense's ability to defend the Nation and poses immediate risks to U.S. national security.
http://www.acq.osd.mil/ie/index.shtml
Posted in these groups:

CAPT Kevin B.
Edited >1 y ago
Posted >1 y ago
Do we contribute? Yes. How much? There's the rub. Interesting thing is the Sun appears headed for its periodic quiet time by 2030 which takes us into the mini ice age period. So by the time we're out of it, hopefully technology that's affordable and makes sense will lessen our planetary footprint. Unrestrained population growth will be dampened by the limited food supply. So about the year 3000, we can harvest the trees to make real Stradivarius instruments again. The shape and glues have been long figured out. It's just the wood doesn't exist right now to make that sound.
(5)
Comment
(0)

PO3 (Join to see)
Posted 7 y ago
"Is Global Warming an immediate threat to national security?"

*begin sarcasm mode*
Well, if the GCC scammers' predictions come true (roll eyes) that we'll all be dead in the next few minutes from another "Noah's Ark" scenario......yeah, that could be a national security problem. Nobody left to secure the nation.
*end sarcasm mode*

I do grow weary of all of the "Chicken Little" scenarios I've heard over the years. Let's see....I believe we should have been in the "doom" portion of the "gloom and doom" predictions maybe a dozen times since I was born. None have come to fruition yet. I can't help but wonder how many times the climate has to make monkeys out of the "smart people" before this bologna goes away.

"Climate change will affect the Department of Defense's ability to defend the Nation and poses immediate risks to U.S. national security."

That's what they want us to believe. Personally, I believe the quality of personnel in upper command positions has a much greater effect on national security than the sun shining. Funny how carbon-based life is to be saved, while carbon is the enemy. How can you save yourself by committing suicide? Symbiosis is usually a good thing. It's kind of how the life on Earth was intended

They never let a good crisis go to waste - even if they have to fabricate one.
(5)
Comment
(0)

SGT (Join to see)
7 y
PO3 (Join to see), No sarcasm here. As long as mankind has been grouping together into nations we've broke off small sections as armies to go off and fight each other for all kinds of reasons and using all kinds of technology. There is, however, one common thread to how that whole system works: The environment matters. Now I don't mean in some wishy-washy "love the earth, man" kind of way, but rather that something as simple as rain has played major roles in some of the most decisive victories and defeats in history. As for how this ties to Climate change? Well Now we're talking about the environment on a global scale and the fact is that we're worried about those kinds of things now. But tactics aside, the rising sea levels threatens a lot of coastal areas in a way that isn't immediately apparent, and more rapid than we can simply adjust fire unless we acknowledge there is a problem.
(2)
Reply
(0)

PO3 (Join to see)
7 y
"But tactics aside, the rising sea levels threatens a lot of coastal areas in a way that isn't immediately apparent, and more rapid than we can simply adjust fire unless we acknowledge there is a problem."

Adjusting fire is dependent on sea levels? I'm sorry, SGT, but If you're speaking literally (you did say "No sarcasm here."), and targeting systems are dependent on the oceans' levels, it is a flawed system to begin with. I do not accept the "rising sea levels will kill us" scare tactic. It's B.S. - IMO, just like the rest of it. Over-thinking and a Liberal agenda has created this scam. I'm sure that Bernie is proud and envious of the endeavor.
(2)
Reply
(0)

SGT Ronald Audas
>1 y
With a background in Geophysics,this is a topic tossed around in this field.We acknowledge global warming.Not at the deadly rate that climate scientist (who rely on the Govt.for the most part) claim.Where we differ is that the manmade effects are far less greater than reported.A few facts;The Northern Ice shield is larger than it was 5 years ago,and there are more Polar Bears now than at anytime since we starte keeping track.This answer is as basic as I can make it.Oh ! the coastal dangers are real, as most coasts have been over built,including massive dredging.
(1)
Reply
(0)

SGT Ronald Audas
>1 y
The oceans around America Samoa are six to ten degrees warmer than water 25 miles out.Wonder if it could be that being surrounded by active under water volcanoes might be the reason.
(0)
Reply
(0)
Show More Comments
Read This Next
RallyPoint Home