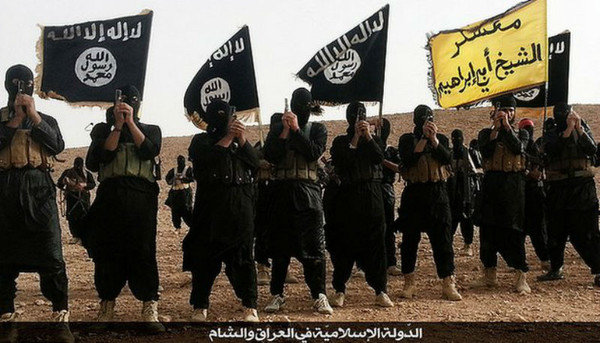 This is not the first time that the ISIS-linked hackers have done so. Earlier in March this year, the ‘Islamic State Hacking Division’ had issued their first kill list of 100 members of US Army, Air Force and Navy, urging Muslims of the US to kill them for they had participated in US airstrikes against the ISIS. The latest ISIS threat saying “Happy 9/11” came on the occasion of the 14th anniversary of September 11 attack. “Today hacking...Tomorrow killing,” the hackers threatened in their post as tweeted by the head of the terror tracking SITE Intel agency, Rita Katz. Earlier in January this year, unidentified supporters of the extremist group Islamic State had hacked the YouTube and Twitter accounts of US military’s Central Command and posted comments like “Love you ISIS” and “US soldiers, we are coming. Watch your back!”.

The hackers replaced the military command’s logo with the one featuring a masked fighter and words like “Cyber Caliphate” and “I love you ISIS”.

The hackers had reportedly posted some internal details like phone directory of military officials and pictures and PowerPoint slides related to North Korea and China.

http://nagalandpost.com/Showstory.aspx?npoststoryiden=TkVXUzEwMDA4NjYwMA%3D%3D-gRz%2B3%2Brg3Sk%3D
Posted in these groups:

Kind of my thoughts too...but maybe they are smarter than they appear and know who not to mess with?
(0)
Reply
(0)

SSG (Join to see)
Posted >1 y ago
Seriously, one of the stupidest things that ISIL/Daesh or any foreign enemy could do is try to bring a fight to American soil. Here, we are the defenders of our homes, and all the things that make Daesh dangerous over there is precisely what makes us a hardened target over here.

In our hometowns, we will be the guerrillas, and Daesh will the ones in the never-ending quagmire.
(6)
Comment
(0)
show previous comments

CPT Pedro Meza
>1 y
SPC Jeff Lamica - I disagree they are just trying to get attention by showing that they can find information. If they really wanted to do something, they would do that by shooting at any one in uniform.
(1)
Reply
(0)

CPT Pedro Meza
>1 y
ISIL/ISIS/Daesh just wanting to show that they are computer savvy, the real harm would be to say open season on any one in uniform because that would bring out all the nuts, including government haters looking to blame the others.
(0)
Reply
(0)

SSG (Join to see)
>1 y
SPC Jeff Lamica - Not that they'd try to invade and take over, but rather that they'd try to hunt someone down or chase them, and that military servicemember could pretty much knock on any door and get help-- because here, the people are our sea that we fish swim in. Our natural habitat. The Daesh killers would be the outsiders, and they'd get every obstacle thrown in their way (if not outright shot by random citizens who pieced together what these strangers were trying to do).
(0)
Reply
(0)

SPC Jeff Lamica
>1 y
Actually if they just shave their beards, and keep quiet, they would look vaguely Hispanic. This isn't going to be some grand plan to terrorize a whole community. Just carry a civilian legal assault rifle in your trunk, wait for lunch outside a military base, and follow the swarms of service members to Taco Bell. These shit stains are more than willing to trade a few of them for one of us. There isn't going to be any knocking on doors, and rallying the community. It will probably be over in a few minutes. That's the shitty part about terrorism. That's why stopping them should be priority #1, and #2 needs to be not providing the conditions and setting for a similar group to develop.
(0)
Reply
(0)
Show More Comments
Read This Next
RallyPoint Home