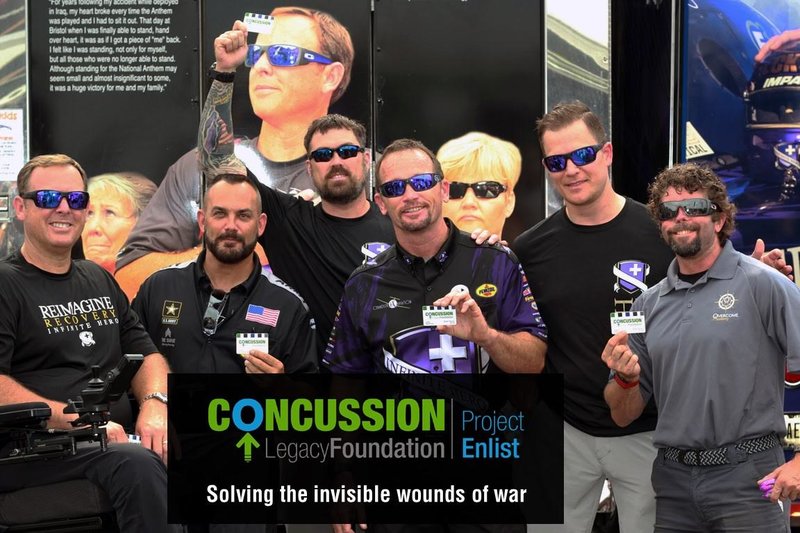 Dr. Ann McKee, Chief of Neuropathology at the VA Boston Healthcare system, will be joined by brain health experts and Veterans on Thursday, October 22 at 4PM ET to answer questions from Veterans on TBI, PTSD, CTE, brain donation research, and Veteran brain health. You can ask questions to the following people:

About Dr. Ann McKee and the research at the VA-BU-CLF Brain Bank
Dr. Ann McKee is Chief of Neuropathology, VA Boston Healthcare System, Director of the BU CTE Center, and Director of the VA-BU-CLF Brain Bank. McKee’s research focuses on the long-term effects of concussion, subconcussion and blast injury in contact sports athletes and military veterans, including Chronic Traumatic Encephalopathy (CTE). Her paradigm-shifting work has demonstrated that “mild” head trauma, particularly repetitive mild head trauma, is not just an acute injury - it can provoke a persistent and progressive neurodegeneration, CTE, that continues long after the traumatic exposure. Dr. McKee co-founded the Veterans Affairs-Boston University-Concussion Legacy Foundation (VA-BU- CLF) Brain Bank, which has revolutionized our understanding of TBI and CTE. The Brain Bank published the first military case series on CTE and houses 70% of the world’s CTE cases. In 2018, Dr. McKee was
named one of TIME’s 100 most influential people in the world, elected to the National Academy of Medicine, and named Bostonian of the Year by the Boston Globe.

About CLF Project Enlist
The experts and Veterans answering your questions are all members of the Concussion Legacy Foundation Veteran Advisory Board, which supports and advances CLF Project Enlist, powered in part by Wounded Warrior Project. The mission of CLF Project Enlist is to significantly accelerate research on military Veterans with TBI, CTE and PTSD by increasing the number of Veteran brains donated to brain banks for study. Our vision is that Project Enlist will create a culture of brain donation within the military community, while also providing a service to Veterans through positive brain health messaging.
To learn more about CLF Project Enlist and pledge to donate your brain, visit
https://concussionfoundation.org/programs/project-enlist

About the Concussion Legacy Foundation
The Concussion Legacy Foundation is a 501(c)(3) nonprofit organization. It was founded by Robert Cantu, MD, and Chris Nowinski, PhD to support athletes, Veterans, and all affected by concussions and CTE; achieve smarter sports and safer athletes through education and innovation; and to End CTE
through prevention and research. CLF is a collaborator with the Boston University Chronic Traumatic Encephalopathy (CTE) Center and the Boston VA Healthcare System on the VA-BU-CLF Brain Bank. CLF leads outreach, recruiting, and educational efforts for the Brain Bank.
For more information, visit ConcussionFoundation.org.

Lt Col Charlie Brown
Posted 1 mo ago
How do we educate the public who don't understand the difference between PTSD, TBI, and CTE and that none of that means the veteran is crazy?
(20)
Comment
(0)
show previous comments

MAJ Rebecca Van Horn
1 mo
I really hear you on this, so let me say it again--just because a veteran has been diagnosed with PTSD, TBI or suspected CTE does not mean they are "crazy." I would urge anyone who knows about these diagnoses either through personal experience, caring for a loved one, or through the work they do, to use your voice and help educate those who might not have the same understanding. PTSD is a normal response to experiencing a traumatic event. It is treatable. Individuals who've experienced TBI may have a variety of responses to that brain injury depending on the type and mechanism of injury, whether there was a loss of consciousness, how long ago it occurred, and whether or not that individual experienced repeated injuries. Many of the symptoms individuals with TBI experience can be managed with the right treatment.
(1)
Reply
(0)

COL Sidney Hinds
1 mo
Thank you for your question Lt Col Charlie Brown. There are numerous organizations that provide information on PTSD, TBI and CTE available to the public. Awareness and education regarding traumatic brain injury and especially mild traumatic brain injury/concussion has been an emphasis of the Department of Defense and the Veterans Affairs. Since my involvement with the Defense and Veterans Brain Injury Center (DVBIC) and the Psychological Health Center of Excellence (PHCoE), I have been aware of their efforts to bring awareness and education to Service members, Veterans, their loved ones and providers. Both centers offer resources through their websites regarding TBI and PTSD which is accessible to the public. They also work closely together concerning the information that they offer. Both organizations are now part of the Defense Health Agency. I have also listed URLs to other organizations which provide education and awareness.
Psychological Health Center of Excellence (PHCoE):
Contact information: https://www.pdhealth.mil/contact/contact-phcoe
Defense and Veterans Brain Injury Center (DVBIC):
DVBIC resources for Service members and Veterans:
https://dvbic.dcoe.mil/service-members-and-veterans
https://dvbic.dcoe.mil/system/files/resources/5035.1.1.3_CTE-FAQ_2020-07-17.pdf
Veterans Affairs Polytrauma System of Care/TBI:
https://www.polytrauma.va.gov/
Brainline (national service from WETA-TV)
https://www.brainline.org/
Concussion Legacy Foundation
https://concussionfoundation.org/programs/project-enlist

Note: This e-mail address is not monitored 24 hours a day and is intended for questions about our website and PHCoE. If you have an emergency or are in crisis, please contact the Military Crisis Line 24/7 at 800-273-8255 to speak confidentially with a trained counselor.

LT John Miles
1 mo
The issue is based on my direct experience, even the VA doesn't know the difference.
(0)
Reply
(0)

Ann McKee
1 mo
Thank you all for your thoughts and comments. Unfortunately, this is an ongoing challenge and it is made more difficult by the fact that all 3 conditions sometimes overlap in a given individual.

Posttraumatic stress disorder (PTSD)is a mental health condition that occurs in people who have experienced or witnessed a traumatic event, such as war or combat, sexual violence, or a serious accident or injury. Symptoms include flashbacks, nightmares and severe anxiety; sadness, fear or anger; and individuals may feel detached or estranged from other people.

TBI or a traumatic brain injury varies depending upon the type of injury, severity and the frequency. TBI can be classified as mild or moderate-severe. After mild TBI, there may be immediate effects, for example, as after a concussion, or delayed effects, such as after many subconcussive blows.

CTE is a neurodegenerative disorder that occurs in some individuals after repetitive mild TBIs or subconcussive impacts. It can occur rarely after blast injury. The most frequent symptoms are memory changes, cognitive loss, depression, and behavioral changes.

People with any of these disorders - PTSD, TBI, CTE- are not crazy. They have suffered an injury that is invisible to the outside world, an injury that can be very disabling to the individual. The more we can promote awareness of these injuries to the public, the better they are understood, but it is a long slow process of education, understanding and acceptance.
(2)
Reply
(0)

Maj Kim P.
Posted 1 mo ago
How to let people know that even though I “look” fine, I’ve suffered multiple TBIs is a topic I’d like to see addressed.
(15)
Comment
(0)
show previous comments

CPT William Reynolds
1 mo
Hi Maj Kim P. ! As I was sharing with Julia Manning , I think being vulnerable, and sharing with individuals that you have differing circumstances that may present is important to forging strong bonds. In doing so, it can be a great way to learn additional coping mechanisms from our comrades, as well as help advance the efforts of CLF and other entities tackling these challenges head on!
(1)
Reply
(0)

LT Jason Redman
1 mo
As a guy that has physical scars (I was shot in the face) and worked with many wounded warriors, I have come to learn and appreciate, often times the invisible wounds are the most debilitating.
(1)
Reply
(0)

Nicole Condrey
1 mo
LT Jason Redman - So true! My husband Ron said regularly that he would have rather been missing his legs than have TBIs because of the additional baggage behind the lack of immediate understanding of the injuries upon visual introduction to others.
(0)
Reply
(0)

Nicole Condrey
1 mo
CPT William Reynolds - Great point. To add to your point, it is critical for caregivers, friends, and family of the wounded veterans to show THEIR vulnerabilities and uncertainties as well such that the wounded veteran does not feel he/she is alone in life's struggles.
(0)
Reply
(0)

Ann McKee
Edited 1 mo ago
Posted 1 mo ago
Hi everyone! I am Dr. Ann McKee and I am excited to take some questions today. I am Chief of Neuropathology at the VA Boston Healthcare System, Director of the BU CTE Center, and Director of the VA-BU-CLF Brain Bank. I focus my research on the long-term effects of brain trauma, including subconcussion and blast injury in military veterans. You can learn more about my research here: https://www.annmckeemd.com/

Nicole Condrey
1 mo
Thank you for all of your hard work and incredible communications with legacy families. You are helping their legacies live on and have purpose.
(3)
Reply
(0)

Ann McKee
1 mo
Thank you for your donation, Nicole Condrey. Ron's legacy will be to help so many veterans in the future who are struggling with the effects of brain trauma.
(0)
Reply
(0)
Show More Comments
Read This Next
RallyPoint Home