LTC Vindman retires, was he right or wrong? What about the second and third order effects?

MAJ (Join to see)
24.8K
2.07K
563
87
87
0
Aside from the usually partisan (and superficial) comments regarding LTC (R) Vindman, is there a lesson to be learned here? We had a sitting US senator holding up promotion for 1000 senior officers to allow for his promotion. Whistleblowing. Polarizing politics and the politicalization of the military seems to be here for the duration. While the retired could easily just take pot shots from Ft. Living Room, here's my question. How can currently serving members truly remain apolitical? In a world where one callus post can end your career, use some judgment if you elect to weigh in. Was he right? Would you have done the same? Was he dead wrong?
https://www.msn.com/en-us/news/us/alexander-vindman-in-fiery-op-ed-upon-military-retirement-i-believe-that-in-america-right-matters/ar-BB17s1rL
Posted in these groups:

COL (Join to see)
Posted 1 mo ago
So.......
The LTC was right to report his concern. However, what transpired was a circus that placed the military in the middle of a political firestorm. The LTC should immediately been removed from his position and sent back to the Pentagon for his and the Army’s protection. As a service member, working in that political arena, you have to be cognizant of your actions and how they effect DOD, your service, and you. His supervisor shouldn’t have waited for the White House to make the move. That office should have made the move immediately. Perception is reality and once he lost the perception of being apolitical he was of no use to the Nation in that position. If you are going to fall on your sward and expect to get bloodied. The Senator was wrong to not understand how punishing innocent service members to make a political point and to not understand why the LTC has to be removed. She displayed exactly the opposite of leadership and I for one am glad she is no longer in our formation. Every rotten apple creates more rotten apples. She has terrible leadership, if you can even call it that, qualities. She proved to be a military user, not a defender.
(95)
Comment
(0)
show previous comments

LTC Angelo Pabon
4 d
SPC Earl Semler - Essentially, your answer is correct... if your assumptions are correct. But if you read the testimony - LTC Vindman's own words, and the words of his supervisor - you will find that he did NOT report to his chain of command. You will also find that he admitted to changing the text record of the conversation. Which means he lied. You will also find in LTC Vindman's testimony, that he advised Ukraine's president (clearly, a foreign leader) to ignore the President's requests, although he was not authorized to say that nor did his position have that authority. Advising foreign leaders on how to deal with the US government is a clear violation of the UCMJ. He also discussed with non-authorized persons information that was privileged and classified, which is another violation.
As I said, I would agree with your comment if your assumptions were correct. But LTC Vindman's own words contradict your assumptions. My suggestion would be to get the transcript of LTC Vindman's statement in Congress (his testimony), which is easily available on the internet, and check out what he actually said. Then, reach your own conclusions.
With regards to his communication, LTC Vindman's "report" was not to the NSC staff. It could not have "leaked" from the White House if he did not inform his chain of command there. He talked to personal contacts first... his brother and a legal counsel. And he talked about nothing illegal. He talked about his "discomfort" (his word) with the policy being formulated. Although he was not a policy maker, he has a pretty big ego and felt that things should have been done "his" way. They weren't. Thus the "discomfort". And then he "connected" with certain political contacts. After that, it became a circus.
Again, the idea is to get the information from the most reliable source (the LTC's own words and those of his supervisor, who testified he was not informed by the LTC of his "concerns" or his "discomfort"), understand what happened and then reach your own conclusions. Thank you for your post.
(0)
Reply
(0)

MSG Stan Hutchison
Posted 1 mo ago
Our oath is to the Constitution, not an individual. Show me one place in that oath that says we have to cover up for the CinC. This LTC was honoring his oath and this nation. Trump caused his poor treatment.
(89)
Comment
(5)
show previous comments

SPC Kevin Ford
14 d
MAJ John Douglas - Do you know for sure that his direct superior had access to discuss that topic? I used to work in a building where my superiors had access but their superiors did not. The BC couldn't even get into the building without escort and hiding everything.

But outside of that, if I heard something in a classified setting that I questioned about its legality, yes I would turn to a co-worker who also had the required access to discuss if my thoughts were justified. That's exactly what Vindman did, it's normal, legal, ethical and a good idea to do before you make a stink about something that you may be reading wrong.
(0)
Reply
(0)

CSM Donald McGlasson
14 d
His action was not in keeping of his oath, that's an absolute cop-out not a defense. First and foremost, he serves at the direction of the Commander and Chief, not his own agenda. We in uniform above all others are to take no side in the political arena while wearing that uniform. We swear an alliance to "support and defend" the Constitution, not pick and choose if we don't agree with the decisions of our leaders. The United States Army is better for his dismissal and exit. By the way... what did the President do wrong that justified the so-called "whistle blower" actions. I want to make clear my position, you are just as wrong if you go along with any leader that conducts themselves illegally or demonstrates poor conduct, this was not that situation.
(2)
Reply
(0)

Lt Col (Join to see)
11 d
So that allows him to subvert the chain of command? His going around d his superiors is what causes a breakdown in discipline.
(1)
Reply
(0)

A1C (Join to see)
Posted 1 mo ago
Yes I believe he was right. What I find amazing is that there are service members vilifying this guy for doing his duty and telling the truth (Or what he believed to be the truth) under oath while patting Trump on the back as he destroys the careers of good service member and pardons war criminals and his friends.
(61)
Comment
(4)
show previous comments

SGT Louis Perrault
9 d
A1C (Join to see) coming from an A1C that's rich, you obviously need to go read regulations before spouting garbage. M I st of us were in when you couldn't cry like a baby and not be punished for violating the UCMJ for which lying Vindman did!
(0)
Reply
(0)

Sgt Jerry Genesio
9 d
SGT Louis Perrault - You really are a perfect example of ignorance. Clearly, you're not capable of offering an argument or participating in a discussion. You need to have your mouth shut for you so that's what I'm about to do. I don't like blocking people, but when they have nothing to offer and can only try to belittle others like their empty idol Trump does, they belittle themselves and waste everyone else's time.
(0)
Reply
(0) 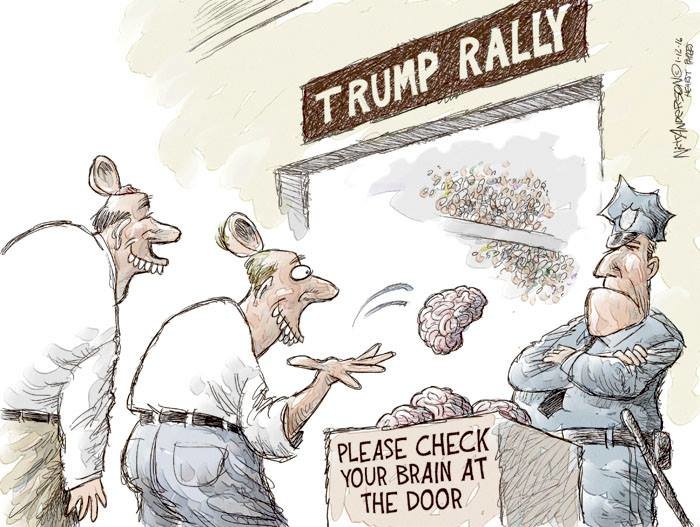 LTC Angelo Pabon
4 d
If you read his testimony - his own words, his own admissions - and look at the facts of the case, you will find that Vindman did NOT act responsibly, VIndman did NOT act honorably and Vindman did NOT deal with "truth" at all. By his own admission - in his own testimony - he indicated that he had altered the text record of the call. Obviously, he did this to fit his narrative, which was false. The only word he could come up with to describe what actually happened was that he felt "discomfort" with what was discussed. Vindman has an ego problem. He felt he knew everything there was to know about Ukraine and that no one could have an opinion different from his. That was his downfall. And it drove him to insubordination and even to an admitted violation of the UCMJ (advising a foreign government on how to deal with the US, an action clearly prohibited by law).
My recommendation is that you get the transcript of Vindman's testimony, which is easily available on the Internet and read through it carefully. By basing your position on what Vindman actually said, as opposed to what the TV media or newspapers say, you'll get a clearer picture of what actually happened. It's also a way to bypass the political interpretation that many people use to cloud issues and keep us all from focusing on the right things.
(0)
Reply
(0)
Show More Comments
Read This Next
RallyPoint Home