My new unit says I don't qualify for the Overseas Service Ribbon awarded to me by my previous unit. Are they right? 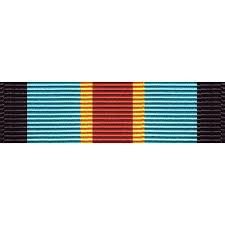 I deployed to Afghanistan in 2012 with Temporary Change of Station (TCS) orders that said my tour would be no longer than 270 days (about 9 months). My tour ended up being 8 months and 1 day, as my unit redeployed a few weeks early. The unit I deployed with awarded me the Overseas Service Ribbon (OSR) for having completed a tour. I arrived at my current unit a few months ago, and prior to my recent appearance at the promotion board, S1 reviewed my records and removed the OSR from my ERB, stating that I didn't serve overseas long enough to qualify for the OSR. My Platoon Sergeant is the one who made me aware of S1's decision to remove my OSR, and he hasn't disagreed with S1's decision or made any moves to investigate the situation, so I did the research on my own.

AR 600-8-22 says that the OSR is awarded to Soldiers who are credited with a normal overseas tour completion according to AR 614-30. AR 614-30 says that a Soldier has completed a tour if he serves to within 60 days of the prescribed tour. I was deployed to within 21 days of my prescribed tour, and my early return wasn't under my control or by my request; my whole unit redeployed a few weeks early. According to my research, I should be able to keep my OSR.

I'm going to print my TCS deployment orders and take them to S1 to show that my prescribed tour was only 9 months, but beyond that, I haven't decided what to do. Has anyone else been in this situation, or can anyone explain where I went wrong in my evaluation? What would you do in my situation?
Posted in these groups:

SGT Edwin Claudio
Posted 5 y ago
I find this a crock of poop. You go overseas, do what you do and then they tell you you don't qualify for an award for going overseas. I have to remind myself that common sense is not a military term.
(101)
Comment
(0)
show previous comments

SSG(P) (Join to see)
>1 y
SPC Denton McLaughlim I had the same thought as you. But found out that in the reg regarding joint awards (DoDM 1348.33-V4, March 29, 2018) that we only qualify if we were a part of the joint task force and not attached or in support of. It's shitty but it is what it is.

c. Unless otherwise stated, only Service members assigned to a joint duty activity (JDA) or joint task force (JTF) headquarters, or performing duties related to joint matters in accordance with Section 668 of Title 10, United States Code (U.S.C.), are eligible for the DoD Joint
decorations and awards listed in Table 1.

(2) Individual mobilization augmentees assigned to a JDA or JTF headquarters are
eligible for DoD Joint PMDs.

(4) Service members permanently assigned to staff or faculty positions of joint-Service schools are eligible for DoD Joint PMDs; students of such schools are not.

(6) Being under the operational control of a JDA or JTF does not constitute eligibility for a DoD Joint PMD or the JMUA.

(7) Members of military-specific units (i.e., Army, Navy, Marine Corps, and Air Force)
assigned or attached to a JDA or JTF are not eligible for DoD Joint PMDs or the JMUA, but retain eligibility for PMDs and unit awards from their respective Military Service.
(1)
Reply
(0)

SPC Denton McLaughlim
>1 y
SSG(P) (Join to see) it is what it is. Found it typical of what could be called Army logic.
Over a year with working at the "Joint Task Force" JTF GTMO.
I was getting out and quite honestly, don't really care about getting this award or that.
I just enjoy the irony of working JTF over a year, working with Mavy personnel on a daily basis, and not getting a joint service ribbon.
(1)
Reply
(0)

CPT Lawrence Cable
10 mo
SPC Denton McLaughlim - What medal do you thing you should be entitled? I'm not aware of any ribbon for just serving on a task force.
(0)
Reply
(0)

1SG (Join to see)
Posted 5 y ago
Without digging out all of the references I had to use - and this is somewhat convoluted - the short answer is your S-1 is correct and you should not have been credited with a short tour.
Afghanistan has a "non-standard" tour length (so does Iraq), and as such a short tour is defined as 9 months consecutively served, or 11 months non-consecutive. The latter is more for air crews, but might apply to other logistics personnel who find themselves in and out of the country.
(62)
Comment
(0)
show previous comments

CPL Timothy Dixon
>1 y
Things have changed since 1972 Nam, To all you men please always take care. We have got your back. Rest easy
(4)
Reply
(0)

CPT Lawrence Cable
10 mo
But since the tour was shortened by the Army and not the soldier, doesn't that qualify as a completed tour? 614-30 is just a bit more than a hair confusing.
(0)
Reply
(0)

1SG (Join to see)
10 mo
CPT Lawrence Cable - Unfortunately no. That would make it a fragmented tour, and make the time threshold eleven months instead of nine.
(0)
Reply
(0)

SGM Matthew Quick
Posted 5 y ago
It appears you do not qualify...

Q3: How long do I have to serve in Iraq or Afghanistan to be awarded the OSR?

A3: IAW AR 614-30, Soldiers who serve a minimum of 11 cumulative months (within a 24 month period) or 9 continuous months in a TCS/TDY status may receive overseas tour credit for a completed short tour.

SSG Rick Burton
>1 y
I know that. I’m sorry I didn’t have time to type all that out at the moment I wrote IG, because of all the people who said there was no chance it was over and done.
(3)
Reply
(0)

SFC Michael Allday
>1 y
SSGBURTON, If you don't have time to type all your information that you want read then don't just type what you put and leave it. Its irresponsible and leaves you open for criticism. Think of your actions before you go forward.
(2)
Reply
(0)

CPT (Join to see)
>1 y
Agreed - I was in the same boat simply by our flights coming back being more efficient than planned. I think it would be worthwhile to contact your previous S1 to see if there was any paperwork submitted as an exemption to policy. Typically if the tour is ended early you get credited for its completion.
(1)
Reply
(0)
Show More Comments
Read This Next
RallyPoint Home