"Obama has 18 months to close Guantanamo. Can he do it?" 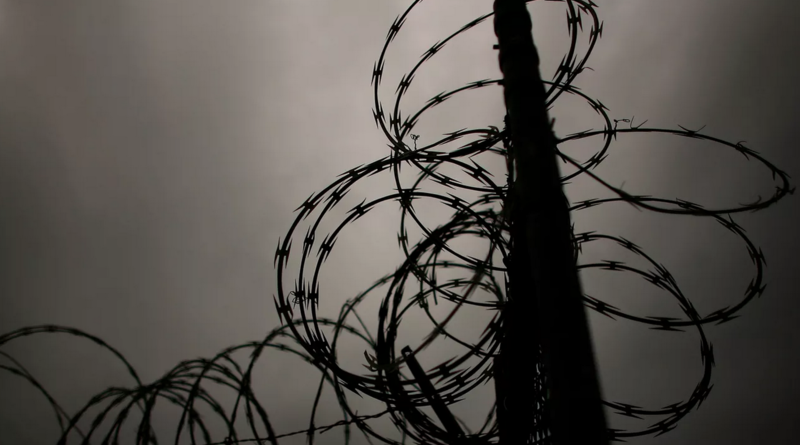 From: Vox
--
"As President, I will close Guantanamo"

- The White House announced that it is finalizing a plan to close the military prison on Guantanamo Bay.
[Reuters / Julia Edwards and Idrees Ali]

- President Obama repeatedly promised to close Guantanamo during his first presidential campaign, but failed to do so after Congress banned transfers to US prisons and restricted transfers to foreign countries.
[NYT / Charlie Savage]

- But the administration has been slowly reducing the prison's population by transferring inmates abroad.
[Washington Post / Missy Ryan and Adam Goldman]

- The goal is to "deplete the Guantanamo prison to the point where it houses 60 to 80 people and keeping it open no longer makes economic sense."
[NYT / Helene Cooper]

- Obama has faced resistance from Defense Secretary Ash Carter, whoreceived a memo from the National Security Council saying he had 30 days to make decisions on new plans to transfer detainees abroad, but hasn't committed to meeting that deadline.
[NYT / Charlie Savage]

- Guantanamo now has 116 detainees, 10 of whom have been charged or convicted in a military tribunal, 54 of whom haven't been convicted but are considered too dangerous to release, and 52 of whom are cleared for transfer.
White House press secretary Josh Earnest said that Obama will veto any measures from Congress making it harder to close the prison. But he has broken similar pledges before.
[AP]

- John McCain has proposed a deal in which the White House would be able to submit a plan to shutter Guantanamo to Congress; human rights advocates say there's no way Congress would approve any viable plan.
[Politico / Austin Wright and Jeremy Herb]

Office of the President (POTUS)
Posted 7 y ago
Responses: 4

SGT Ben Keen
Posted 7 y ago
He's the President, he can do whatever he wants right?

Seriously though, he has been in office almost 8 years and we have yet to see him close it. Closing it would not only be a logistical nightmare but to decide what to do with the animals inside it's gates would not be easily made in 18 months.
(2)
Comment
(0)

Capt Jeff S.
>1 y
Well, it seems every time we're distracted by something else, Obama opens the gate and lets one or more of the animals out. The most recent release was Abdul Rahman Shalabi, Bin Laden's bodyguard. Shalabi is guilty by association. A bodyguard for a terrorist is a terrorist in my book. Shalabi should not have been released. Whoever ordered his release committed treason. And we all know who that is... @@
(0)
Reply
(0)

SFC (Join to see)
Posted 7 y ago
I say keep it open, but in the other hand we use a lot of resources there... If anything please don't close the installation just the camps...
(0)
Comment
(0)

1SG (Join to see)
Posted 7 y ago
On January 22, 2009 (the day after Inauguration Day), President Obama signed an executive order that stated: “The detention facilities at Guantanamo for individuals covered by this order shall be closed as soon as practicable and no later than one year from the date of this order.” Guantanamo remains open to this day. In March 2011 Obama signed an executive order to create a formal system of indefinite detention for the captives still kept at Guantanamo.
He might want to close it, but there is nowhere to put the freaks and goons in detention there.
I say let them rot.
(0)
Comment
(0)
Show More Comments
Read This Next
RallyPoint Home