Our Oath "Defend the Constitution of the United States against all enemies, foreign and domestic" Are rioters domestic enemies? 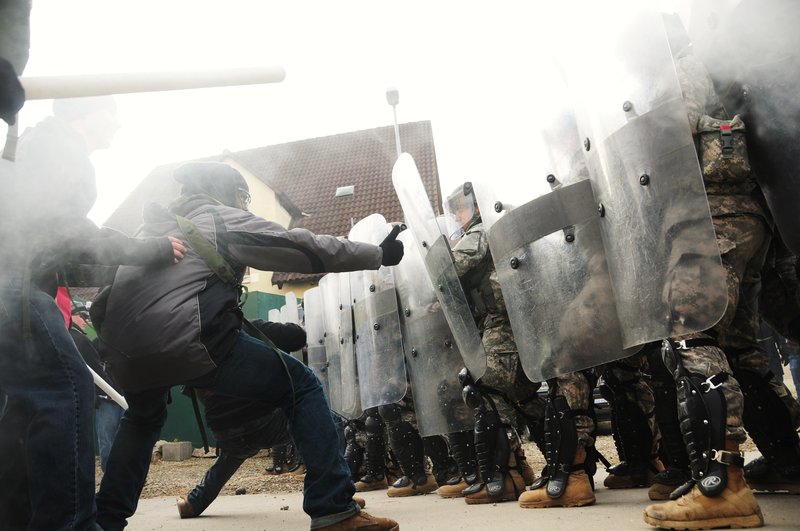 Are rioters domestic enemies? Is it ok to be a domestic enemy if your cause is just, or is the government always right? What are your thoughts?
Posted in these groups:

LTC(P) (Join to see)
Posted >1 y ago
The oath is to defend the Constitution. Defending the government is not quite the same. In this sense, while we are oath bound to follow the orders from our chain of command, our true obligation is to the American people. That being said, the looters and rioters are a bunch of opportunist thugs and criminals. For those who have meant to protest in the streets their grievances against the government, that is their constitutional right.
(7)
Comment
(0)

SPC Christopher Perrien
7 y
Yes , Posse Comitas. If the US Military goes to fighting CITIZENS or policing on US soil, then we no longer are the USA, and the Constitution, and Oath becomes irrelevant , and you become just a "Mercenary" .

CPL Brian Clouser
7 y
My oath to the Constitution has NEVER expire, therefore it's not irrelevant
(1)
Reply
(0)

PFC Kimberly Staiti
>1 y
SPC Christopher Perrien Thank you for that Constitutional reminder. The idea of the United States Armed Forces going up against unarmed civilians is absolutely unconstitutional. That needs to be taught and taught well, lest we spiral into authoritarian despotism.

Police should be demilitarized immediately in order to comply with their mission which is to protect and serve the civilian population.

If a police department needs a flamethrower, it's time to call in the National Guard, FFS.

Stay in your lane, especially now during peaceful protests against BRUTALITY.

I don't know what the "new" military does, but I was trained that the Army existed to kill people and break sh!t...
(0)
Reply
(0)

TSgt Christopher D.
Posted >1 y ago
250 years ago a bunch of people tired of the oppression they perceived from their rulers decided to do things. Some wrote letters, some held rallies, and still others decided to take a shipment of tea and dump it in the harbor.

They would have undoubtedly been considered rioters. They were considered enemies of the state.

I do not condone what's happening in Baltimore. The police and Baltimore guard units should protect individuals and business owners, and arrest people who commit crimes, but the Armed Forces of the US should not get involved. Though Posse Comitatus has been watered down, the purpose of the US Armed Forces is not to police American streets. Going down that road puts the republic on an even more slippery slope.
(5)
Comment
(0)