What do you think when you see a Soldier with Airborne wings? 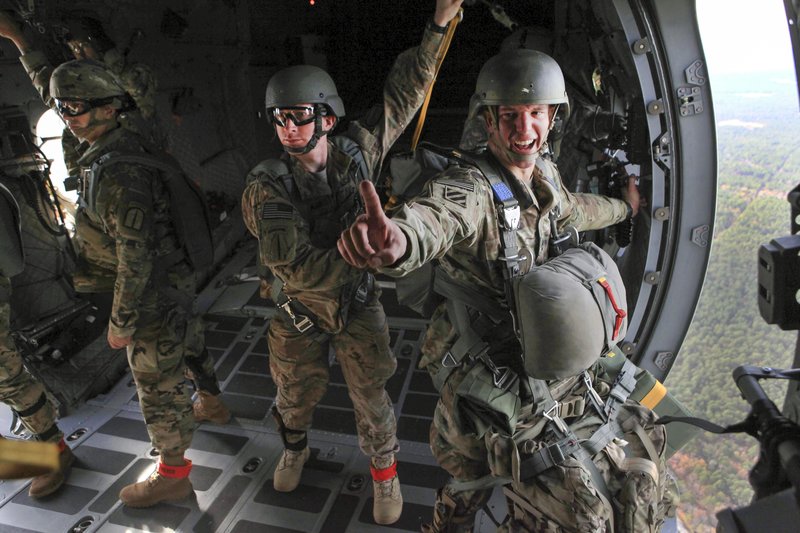 I once had a commander say, "I always know I can trust a paratrooper, he volunteered twice to get here. Once to join, and then a second time to jump".

What do you think when you see a pair of Airborne wing on a Soldier? Is it a mark of someone who goes the extra mile? Or just some additional flair?
Posted in these groups:

GySgt John O'Donnell
Posted 5 y ago
Being an "Gold Wing" Airborne Marine, there is pride in the individual accomplishment. But I/we realize it's just a way to "get to work" so that we can do my job on the battlefield, and is no more special then how my fellow Marines get to the fight whether Amphibious Assault vehicles, helicopters, trucks, or a good old fashion "straight leg" hike. The Eagle, Globe, and Anchor is the most important achievement and contribution to bring about success in any mission assigned. One Team, One Fight!
(66)
Comment
(1)
show previous comments

CPO Arthur Weinberger
8 mo
Earning dolphins is a true accomplishment. Taking pride and exhibiting dedication to any job in the Armed Forces is something to truly be proud of. We all helped our country; thank you.
(0)
Reply
(0)

SGT Dan Gray
8 mo
I have seen big tough dudes looking like a mountain with no neck try and fail, and other skinny little toothpicks pass, it all depends on the person. There is no shame in trying and failing. The shame is the people who dont try and then get mad at the ones who did. Hell I stand 6ft 3 in tall and am built like a brick shithouse, and I only passed by the skin of my teeth! But the pride I have for actually earning the wings....NOBODY can take that from me
(1)
Reply
(0)

CMSgt Donald ONeill
7 mo
I think that having a bunch of young studs thinking they are the baddest dudes in town is not a bad thing . Remember you are going to fight a enemy that thinks the same way .
(0)
Reply
(0)

TSgt Ralph Schloss
7 mo
We all take pride in our wings, I have mine tattooed over my heart. Naval Air-crewman training was the hardest thing I've ever done. I joined the Navy with a life long fear of water. our motto" we're crude, rude and socially unacceptable", worked hard and partied hard. I've seen more than one man lose it on the approach to landing on a carrier. We all have our challenges, but we are different because we tried and we succeeded. Those who never tried will never know the pride we earned.
(0)
Reply
(0)

SFC (Join to see)
Posted 5 y ago
As a former paratrooper myself, I can say with full confidence that there is no group of people I've served with since that ever came close to measuring up. It's a different bond. People that have never worn the 82nd or 173rd patch on their shoulder will never understand. A paratrooper is full of themselves, and they have a right to be. They will go father, and fight harder, and lay down their life for a friend faster than any other person you will meet. It's not just a qualification, it's a mindset. Airborne. All the way. H-Minus!
(61)
Comment
(0)
show previous comments

SGT Patrick Gaebelein
9 mo
Wholly agree. I spent a good deal of time with the leg army, and most dont come close to measuring up to an airborne unit. The training, esprit de corps, the seriousness, the closeness . Yes, paratroopers are full of themselves. In the end, that matters. They have a lot to live up to, and they constantly try to do so.
(1)
Reply
(0)

SPC Wayne Brown
9 mo
SPC Wayne Brown - I'd like to add that I still have my blood wings. I was number 39 in jump school and I came to believe that Fort Benning in August 1963 with the temperature and humidity, was hell on earth. I know that things have really changed since those days and I'd like to hear some stories about that. We wore the Fidel Castro style stiff fatigue hats while the instructors wore Blue baseball caps. They could and did, hit us and cuss us. The saw dust pits for PT were killer. Viet Nam was just beginning to heat up and as there were few casualties at that time, there was not a huge demand for airborne troops. I think that after I went through things got a whole lot easier because of the demand for bodies. There were 12 Marine Recon students mixed into my Army 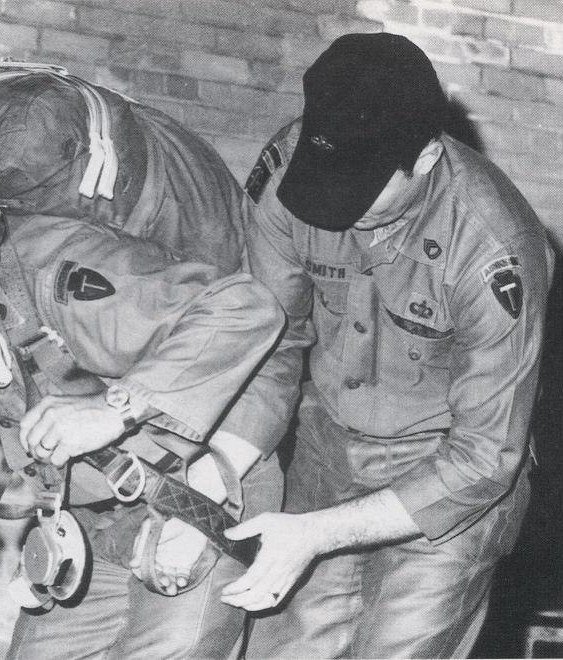 SGT Dan Gray
8 mo
Now now now SFC, you can be forgiven but only this once. If it wasnt for the 101st Airborne, there wouldnt be any need for the rest of the Airborne Units as we were the very first ones to start the Airborne Corps
(0)
Reply
(0)

CPT (Join to see)
Edited 5 y ago
Posted 5 y ago
PRIDE!!!
I was lucky and went to Jump School right out of OCS. Thank goodness I was in physical shape and the harassment level was already high. However, I thought I had heard it all...wrong...the instructors had a new "language", new techniques of "hazing", and for a brand new 2LT, wellll.
Airborne is a special breed of soldier. Proud of the accomplishment they obtained. Proud of their fellow airborne.
All the Way!!
De Oppresso Liber.
(27)
Comment
(0)
Show More Comments
Read This Next
RallyPoint Home