What should we make of Russia’s Nuclear Treaty Violations and the Obama Administration’s Tepid Response? 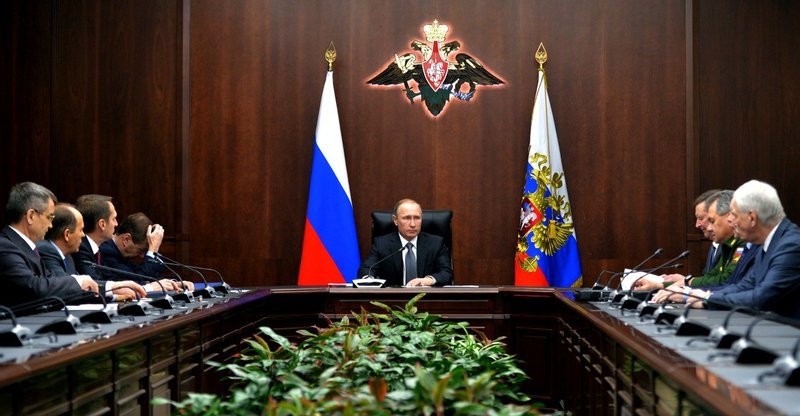 What should we make of Russia’s Nuclear Treaty Violations and the Obama Administration’s Tepid Response?

RP Members what should we be doing?

Rose Gottemoeller and Brian McKeon, two high-level administration officials dealing with arms control issues, testified earlier this month before a joint hearing of the House Armed Services and Foreign Affairs Committees on how the Obama administration is responding to Russia’s INF Treaty violations.

Despite extended questioning, committee members failed to elicit specifics from the administration officials on what they were doing beyond imploring Russia to return to compliance and stepping up a U.S. defense presence in Eastern Europe.

The administration’s actions, such as they are, have thus far proven ineffective. In the face of U.S. pleading, Russia refuses to even acknowledge the existence of the offending missile, let alone take steps to return to compliance with the treaty.
Posted in these groups:

That a lack of strong leadership leaves us vulnerable.
(5)
Comment
(0)

LTC Stephen F.
Posted 6 y ago
No surprise here COL Mikel J. Burroughs about the tepid response from the Obama administration to Russia’s nuclear treaty violations.
In one sense I think it would be great if Russia launched Intermediate-Range Nuclear weapon(s) against ISIS in areas where ISIS dominates, with limited populations that side with ISIS and that the nukes would have a very short half life and a very focused blast.
Years ago the concept of nuclear weapons which only killed people and didn't destroy much else outside the blast area was discussed. I do not know what type of nuclear munitions the Russians are moving but I hope that ISIS leadership is terrified.
(4)
Comment
(0)

MSgt Curtis Ellis
Edited 6 y ago
Posted 6 y ago
At some point, we (US) will have to decide to show physical intent and force for compliance...
The question is, when will it be worth it, and will the rest of America agree to said action?
(3)
Comment
(0)

MCPO Roger Collins
6 y
I am more concerned about Iran breaking the "deal" and the old treaty within months of the so-called unsigned release of billions of dollars to them. Russia will do whatever they wish as long as they know there will be no retaliation from the USA and allies.
(2)
Reply
(0)

MCPO Roger Collins
6 y
Sorry about that, I get annoyed when someone fails to answer questions. When we are again attacked on the Homeland, that is when we will come together and react. IMO
(0)
Reply
(0)
Show More Comments
Read This Next
RallyPoint Home