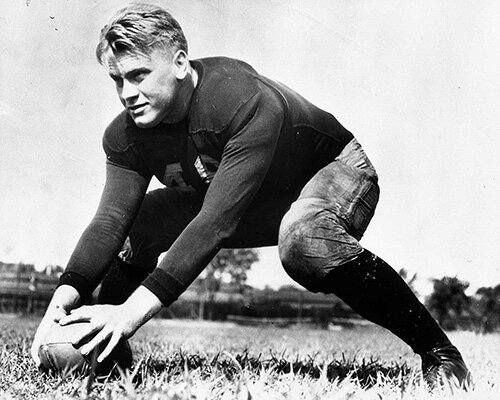 The 123rd meeting of the Black Knights and Midshipmen is upon us. As you snack on pigs-in-a-blanket and nachos, wow your friends and family with your Army/Navy knowledge with the top five most important, or at least interesting, items of note:

1. All things Army/Navy 2021 - This year, USMA at West Point and the Naval Academy will meet on Saturday, December 11th at the MetLife Stadium in East Rutherford, NJ. Kickoff is at 3:00pm EST. You can watch the live broadcast of the game on CBS, stream it on CBSSports.com or the CBS Sports App or find it on your smart TV in the CBS All Access app (fees may apply).

2. Oh, the Places You’ll Go - This year’s game is the fifth to be played in New Jersey. The first Army/Navy game was played in 1890 at West Point in New York. The following year, the Naval academy hosted in Annapolis, Maryland. For two more years the academies swapped home locations until choosing a centralized venue - Philadelphia, Pennsylvania. Since then, 89 Army/Navy games were played in Philly, ten in NY, six in MD, and four in New Jersey. In 1926, the Knights and Midshipmen faced off in Chicago for the National Dedication of Soldier Field as a monument to American servicemen who had fought in World War I. In 1983, the city of Pasadena, CA paid for all 9,437 students’ and supporters’ travel expenses in order to host the game at the Rose Bowl. Last year, the game was moved from Philly to West Point due to the COVID-19 pandemic.

3. By the Numbers - Heading into this weekend’s game, Army is favored 82% over Navy, according to ESPN: https://rly.pt/3dASvMf. This is largely due to their eight wins and three losses in contrast to Navy’s inverted standing of three wins and eight losses. Navy still holds the “W” in the all-time series with 61-53-7. Last year, Army shut-out Navy 15-0. Back in 1973, however, Navy shut-out Army with its largest victory of all time: 51-0. The Midshipmen also hold the longest winning streak of 14 years (2002-2015).

5. You Are What You Wear - The uniforms for every Army/Navy game are as iconic as the event itself. This year, the Midshipmen are donning an aviation tribute to the F/A-18 Super Hornets. The traditional red, white and blue color scheme is accented with a helmet featuring the gold wings earned by Navy Pilots, flight officers and aircrew. Their gloves read “Fly Navy.” The Black Knight’s regalia is wrought with symbolism giving a nod to the 20 year anniversary of 9/11 and the end of the “Forever War” in Afghanistan. Sporting the Army SF motto “De Opresso Liber,” “United We Stand” on the back of the jersey and the unit insignia for the 160th Special Operations Aviation Regiment’s Night Stalkers, it’s clear a lot of respect and consideration went into the design. Get a sneak peak of the uniforms at https://rly.pt/3IzSkiv.

What are you most looking forward to at this year’s game? The fly-over? The singing? Football? Leave your comments below.
Posted in these groups:

Capt Brandon Charters
Posted 7 mo ago
These are great facts. You Army & Navy guys really know how to put on a great show. I'm sorry Navy stole this one from you this year....the unplanned fake punt was a wild play!
(4)
Comment
(0)