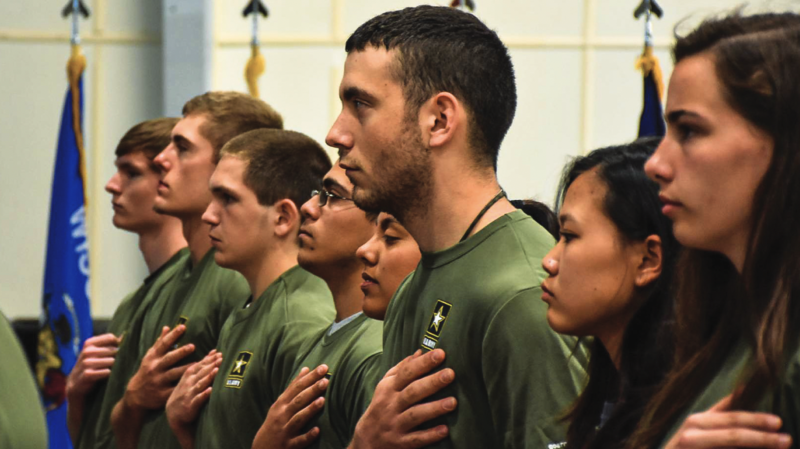 U.S. Army recruits with a documented history of marijuana or behavioral health conditions are not riskier and, in some cases, perform better, according to a data analysis released March 11.

Beth J. Asch, lead author of the Army-requested Rand Arroyo Center study, “An Empirical Assessment of the U.S. Army’s Enlistment Waiver Policies,” told RallyPoint that the findings provide commanders with the “ability to make a more accurate assessment” of risk when issuing waivers from Army enlistment standards, which are the basic qualifications to serve.

Based on Army regulation 601-210, the standards cover categories including age, aptitude, character and conduct, and drug and alcohol use. The waiver authority is granted, the Rand analysis says, so the Army “does not unnecessarily disqualify applicants who could be successful.”

Although used sparingly, the waiver authority often draws outsized scrutiny, from the media, external observers and others. According to the study authors, waiver policy changes can generate concern “among policymakers about the lowering of enlistment standards in the Army and the potential for a ‘hollow force’ that is significantly less effective” than at earlier points in history.

Yet Army waiver and conduct policies change throughout history, as society changes. Rand cites one example from 2015, when the Army loosened its own conduct standard on tattoos.

With this in-depth analysis, Asch said, the Army now has long-term data to strengthen its waiver-assessment approach.

Researchers looked at potentially “millions” of records, she said, analyzing 12 years of data from fiscal 2001-2012, in the first known review of waiver workflow information from the U.S. Army Human Resources Command. Key findings in the report include:

Waivered recruits with marijuana histories or behavioral health conditions were not more likely to have bad outcomes than similar recruits and sometimes, the historical analysis showed, performed better.

There are not yet indicators that state expansion of marijuana legalization laws changed recruit outcomes, for better or worse.

Increasing waivers of any type — including for marijuana history or behavioral health condition — would not appreciably change the performance of a new-recruit group and could improve that cohort’s performance. But, the authors conclude, “any changes are relatively small.”

Asch said the analysis provides commanders with guidance on how to offset “performance-related outcomes” among waivered recruits: Find candidates that also score well on their Armed Forces Qualification Test in categories I-IIIA, have Tier 1 education status (e.g., a high school diploma) and are age 22 or older.

These three traits “fully or partially mitigated the higher likelihood of adverse effects related to performance or misconduct,” the authors say.

Public education is also needed to counteract what Asch said is the sometimes “fundamental misunderstanding of what waivers mean,” noting that they’ve long helped determine eligibility for military service.

“The Army should create, disseminate, and use a clear definition that highlights that all waivered recruits are qualified and eligible to enlist,” the analysis says, “even if they do not meet every enlistment standard, and that the enlistment standards allow for waivers.”

Download both the full document and a synopsis of the Rand Arroyo Center analysis: https://rly.pt/3s2q3I3
Posted in these groups:

Lt Col Scott Shuttleworth
Edited 1 mo ago
Posted 1 mo ago
Never had a problem with the marijuana issue as a recruiting commander but it was policy to no let in. We plead the case and won where minimal or recreational use less than so many times it was no problem as long as you never did it again as long as you were on active duty and it was in your past. Depending on the behavioral health issue well, it depends on the issue and the severity. Most kids are diagnosed with behavioral issues because tier parents don't want to deal with them being kids...kids will do stupid things...we all did. But when a lot of them get someone that cares about them, holds them accountable, and gives them meaning above that they are part of something bigger then themselves they work out fine.
(13)
Comment
(0)

SSG John Oliver
1 mo
I have to agree with you on which behavioral problems were in the past. Case in point Bowe Berghdal. How the hell was he granted a waiver when he couldn't hack it in CG bootcamp? We all know the rest....
(2)
Reply
(0)

Lt Col Scott Shuttleworth
1 mo
SSG John Oliver - You get one shot and you blow it you don't get another...great example.
(1)
Reply
(0)

CPT Lawrence Cable
1 mo
I would comment that a lot of behavior issues with mainly male children are instigated in the school system, where being a boy is punished these days. While they asked the marijuana question when I enlisted, they also let you know that you wouldn't be tested for the first 30 days and we were not tested at MEPS.
(2)
Reply
(0)

SFC Melvin Brandenburg
Posted 1 mo ago
Sounds legit to me. Really, if there isn't a downside, then we should consider amending the entrance standards.
(6)
Comment
(0)

SFC Casey O'Mally
28 d
Not necessarily. Keep in mind that this is discussing folks who actually received waivers. We can safely presume that the overwhelming majority of these waivers went to folks who were "borderline" or only "minor cases." I doubt Snoop Dogg, Cheech Marian, Tommy Chong, or Williie Nelson are getting that marijuana waiver.

Same thing for behavioral health. Maybe a 25 year old who had teenage depression and has since outgrown it - or a 19 year old who had ADHD and outgrew it - might be suitable now. But only if we can show that they have overcome/outgrown their problems - meaning a waiver should be used.
(0)
Reply
(0)

SPC Joshua Blotzer
Posted 1 mo ago
Some of this seems obvious.
(3)
Comment
(0)
Show More Comments
Read This Next
RallyPoint Home