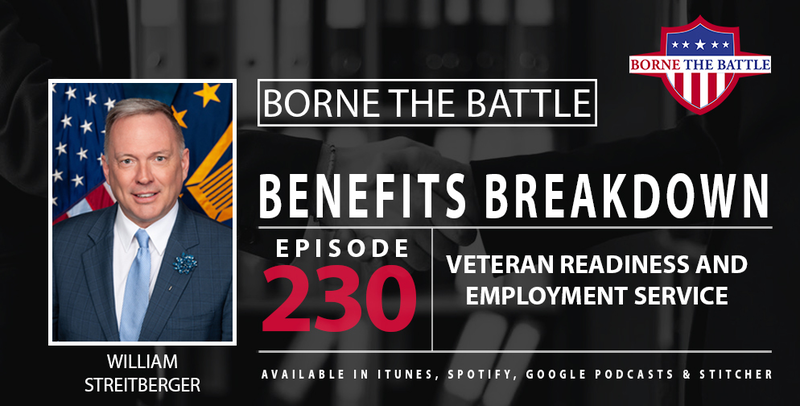 This week’s Borne the Battle is a Benefits Breakdown, exploring the Veteran Readiness and Employment (VR&E) service and chatting with its Executive Director and Navy Veteran William Streitberger.

CPT Gurinder (Gene) Rana
Posted 1 y ago
This sounds extremely interesting and appeals to my intuition, since it appears to be giving back to the Country and the Community I have learned to respect.
(6)
Comment
(0)

In the Navy for nine years, Streitberger served in intelligence, recruiting and career counseling. Since then, he has dedicated almost 20 years of his career to VR&E, a service that he, himself, used. Following the loss of his job in 2001, Streitberger leaned on the support of VR&E, which at the time was called the Vocational Rehabilitation and Employment (VocRehab).

He was appointed executive director of Veteran Readiness and Employment (VR&E) service in September 2018. As executive director, Streitberger is responsible for overseeing the delivery of VR&E services to Veterans with service-connected disabilities and service members who're in the process of transitioning from the military to prepare for, find and maintain suitable careers, or obtain independence in their daily living.

VR&E is not "another GI Bill," and it's actually separate from the GI Bill. VR&E is an employment service that administers Title 38 Chapter 31 benefits to Veterans with a minimum 10% disability. Eligibility differs from entitlement.
(6)
Comment
(0)
Read This Next
RallyPoint Home