Get a Real Welcome Home 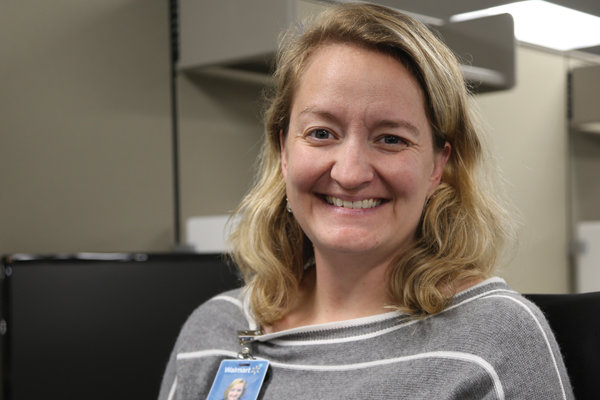 When I told my mom I was thinking about joining the military, her first response was, “Heck no.” I’m sure a lot of you heard that, too. But when I was trying to figure out college, an ROTC flyer changed my life – and eventually my mom’s opinion.

Like what happens in many campus organizations, I made incredible friends and became close to everyone. The ROTC wasn’t all yelling and pushups like I thought it might be. Instead, my weekdays taught me how I could serve, while my weekends ended up teaching me how I could lead. I learned how to prioritize, manage resources, and sign off on tasks. And I was shown how to make leaders out of others – a skill I still use to this day. Joining the ROTC turned into eight years in the military, where I toured in Iraq and Afghanistan. The lessons I learned from the ROTC were reinforced a thousand times over before I eventually got out.

Transitioning back was difficult, to say the least. My military background had a lot to offer in leadership, adaptability, and standing out. I was going to career workshops, paying people to look at my resume, and applying to over 50 companies. It was serious work that I was putting into it, and I never got a single interview in return. It wasn’t fun.

After handfuls of rejections, my brother suggested I join him at Walmart and, nearly three years after I first came home, I had my first interview. I started as a Development Store Manager, and it was kind of creepy how similar Walmart and the military were in terms of structure and hierarchy. Sure, it’s retail – but the way they built their structure felt the same to me. If I’m talking to someone who’s a company commander at Walmart, they can break down the store organization so it lines up to my background. For instance, we deal with a lot of standard operating procedures and decision-making, which is the same stuff we did in the military.

Why am I sharing all of this with you? Because Walmart has a program called the Veterans Welcome Home Commitment (http://rly.pt/walmart-welcome). Veterans honorably discharged since Memorial Day 2013 don’t have to struggle like I did. Instead, Walmart will guarantee you a position just as long as you meet the standard hiring criteria. It’s really, sincerely, just that simple.

Once upon a time, my brother helped me, and now I want to pay that forward to you. At Walmart, there are opportunities to do almost anything. If you’re a pilot, you can fly a plane for Walmart. There are careers in Technology, Logistics, Corporate – there’s so much more than you might initially think.